Venice Day 5 Off to Church 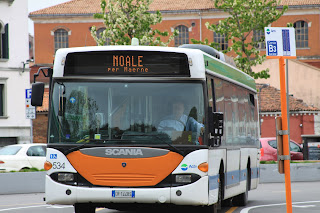 Scott and Lynda headed out early this morning to the airport to fly home. We still have one more day in Venice and, being Sunday, we headed out to Church on the mainland.  Steve had the maps and bus routes to get us there.  Unfortunately when we went to change buses we found out that our connecting bus doesn't run on Sundays. Otherwise stranded, we had to pay the money to get a taxi to Church. When we arrived, though, there was no one around and the gate was locked. 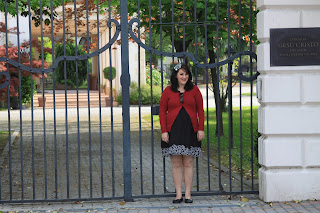 Luckily for us, along came a couple dressed for Church; we were just early. Massimo and his wife chatted with Steve while we waited.  They live on the far side of Venice and we found out that there's a bus for Sundays that goes straight between Venice from Church. 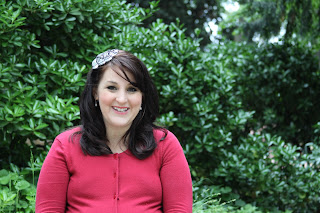 Steve chatted with people at Church and we met a few English speakers. One member, Renato Rebesco, paints watercolors and sells them by St. Mark's.  He's friends with Sauverio, who painted my birthday watercolor from yesterday.  Renato remembers seeing us buy the watercolor yesterday, and coming back for a second painting, and asked where the man with the mustache was (referring to Steve's dad). 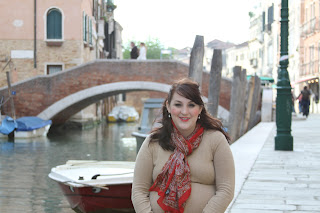 After church we took a nap and spent our last day in Venice wandering around. 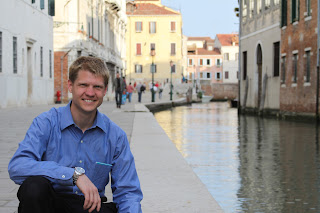 Steve has been the master map navigator, but today I said "No maps!" We did hit a few dead ends. Nevertheless, it was quite exciting not knowing where we were going to end up or how we would find our way back. 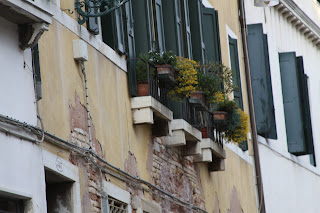 I find the old buildings quite charming. 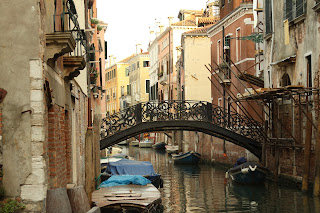 Yesterday there were tons and tons of tourists in town from cruise ships. Today seemed much quieter and I prefer it that way. 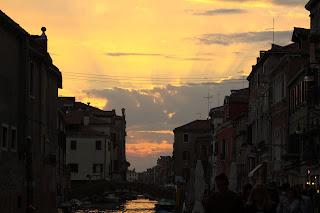 As the sun began to set we headed back to cook our last dinner in Venice. Tomorrow morning we are off to catch a train to Florence. 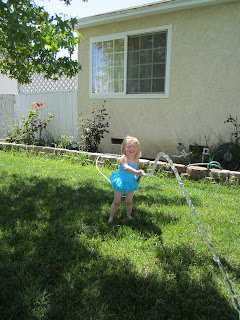 While we've been in Italy this week my sister Gillian has been sending us a daily email update with pictures of Hailey. 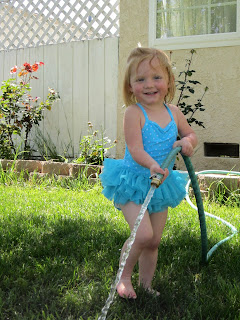 We really look forward to these emails to see how Hailey's doing and we miss her.  Thanks Gillian!
Posted by The McClellan Clan at 6:34 AM