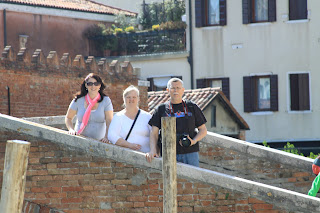 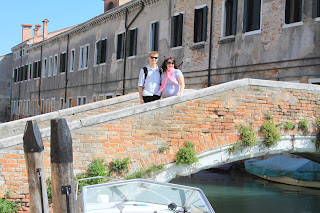 Rome was fun, but Venice is even better! 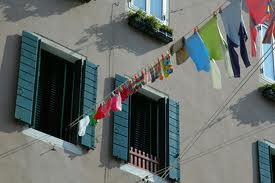 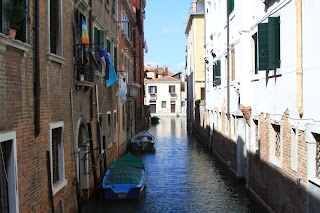 It's so nice with all the canals and the old buildings. 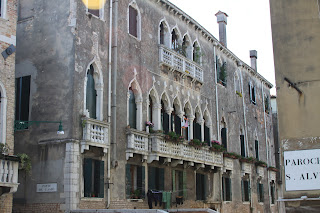 The buildings are so unique.  Some even have flower boxes outside. 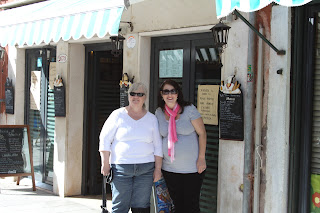 We had such a delicious lunch just up the street from the apartment. 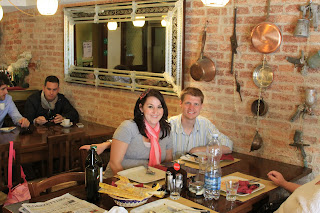 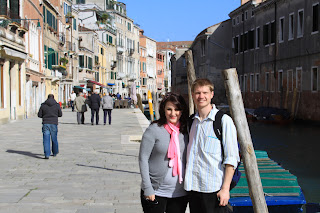 Our apartment is down this street and was built in the 15th century. 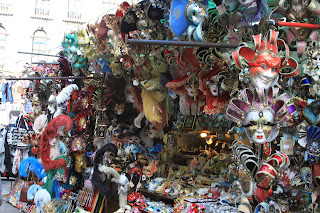 They are selling masks everywhere.  They're so cool and creepy at the same time. 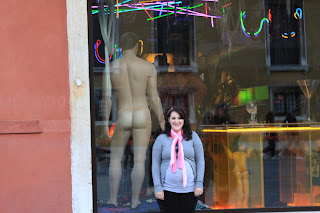 Ever hear of the Emperor's New Clothes.... pretty expensive! 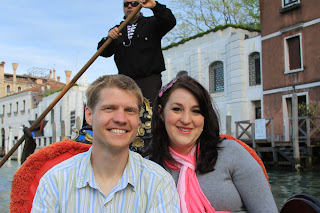 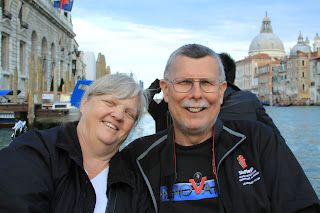 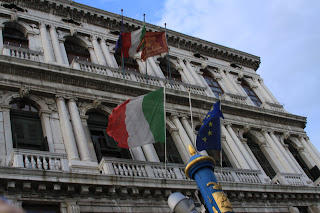 We got to see the buildings from the canal-side as we were serenaded by the singer and the accordion player in the center gondola. 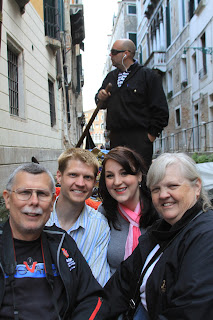 Marco just wanted to listen to his ipod. 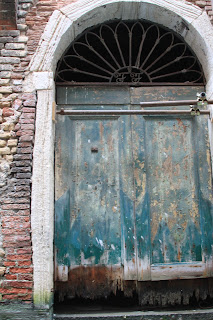 Look at this old door rotted out from the high tide. 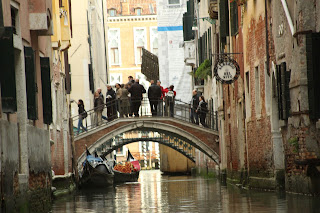 One of many bridges. 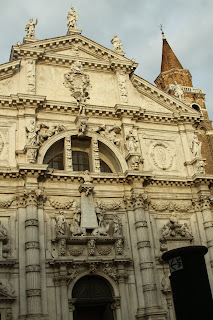 We started out at the Grand Canal across from Santa Maria della Salute. 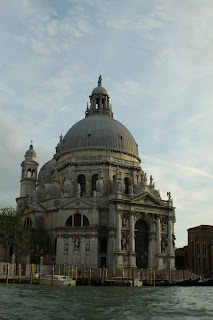 Venice is a small island but has some really big churches. 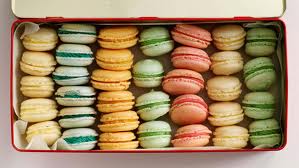 After the gondola ride we stopped in a bakery and decided to try a variety of macaroons as none of us had ever tried them before.


We nominated Lynda to learn how to make them as they each cost a whopping €1,30 a piece. Yikes! Expensive? Yes. Delicious? You bet! Do we want more? Lots more!

We ate our macaroons in a bar because everyone needed to use the bathroom but the public bathrooms were closed. LAME! We had to buy drinks in order to use the bathrooms in a nearby bar. 2 tonic waters for Steve and me and 2 sodas for Steve's parents cost  €15. Outrageous, but what choice do you have when your bladder is on the verge of bursting? 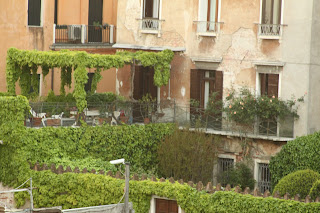 Love all the ivy and old buildings! 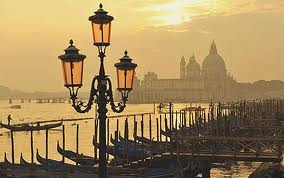 Venice is so beautiful. 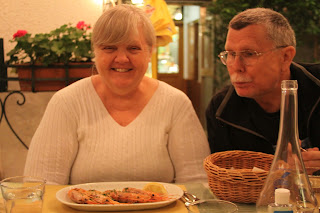 Guess who is excited about her prawns? 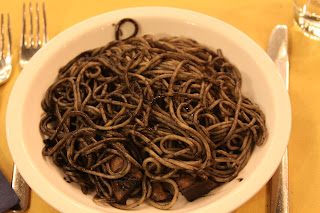 Steve (who does not eat any seafood) ordered the black pasta... black because it is made with squid ink. So adventurous! 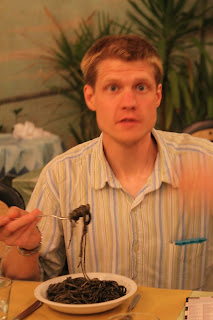 And then he took a bite, or tried to choke down a bite, gagging and all, with nowhere to throw up.

Not a fan to say the least.

Thank heavens his Mom convinced him to order a new dish so he wouldn't get sick and spend the night bent over a toilet. 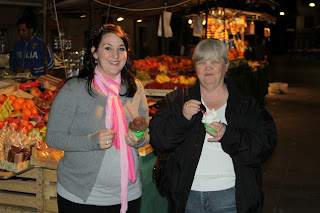 Scrounged around for the only gelato shop open after 10:30 p.m.
Good thing we found one or we were going to get gelato for breakfast.
Posted by The McClellan Clan at 3:40 PM