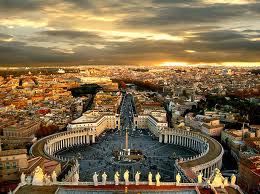 We wanted to celebrate our 5 year wedding anniversary with a two week trip to Italy. We decided to take it early as the weather is better and we can't travel in June with baby Evan coming in the beginning of July. We got a fantastic apartment close to the Vatican. 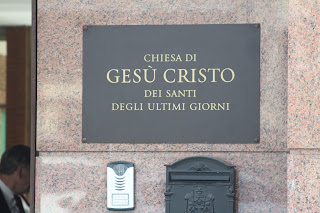 If you have ever met Steve then you know the first thing we did after our plane landed was head to Sacrament Meeting at a tiny branch that is close to where the new Rome Temple is being built.  Steve loved talking to people in Italian wherever we went.  It came in handy too since we had to ask for help several times to get where we needed. 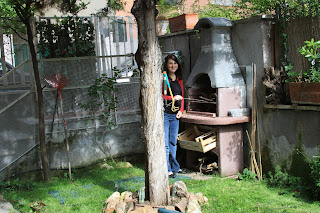 When we arrived, the owner Maurizio showed us around and he and Steve chatted in Italian for a while.  It's such a cute place.  Now, tell me, can you find a hotel room with a courtyard right in front of your door? 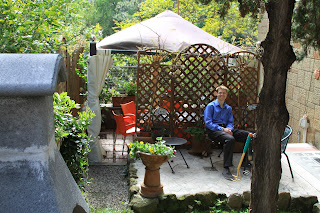 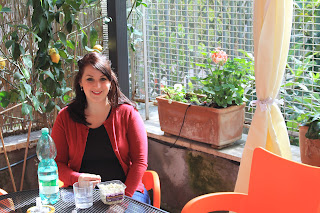 Perfect weather for our first day, a mere 65 degrees outside, just like at home. 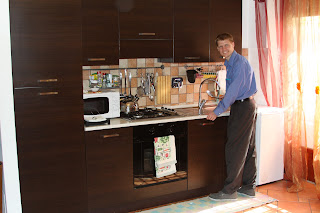 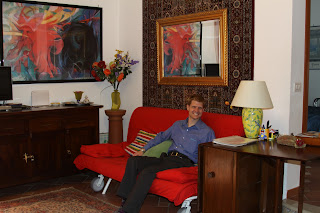 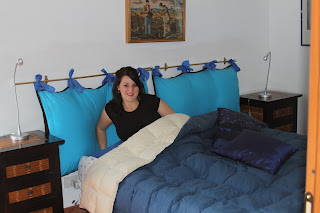 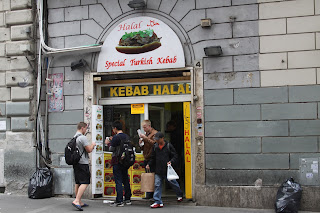 For lunch we just had to get donner kebabs. They carve meat off a spick that is as big as me and wrap it in a flat bread or pita bread with vegetables and a special sauce. I scouted out the best donner kebabs in Rome on the internet a couple of months ago. 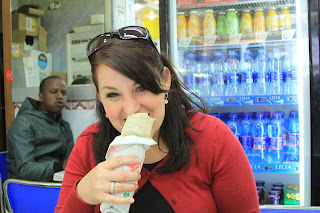 When I was in Austria on my study abroad I had a donner kebab at least once a week. So delicious! 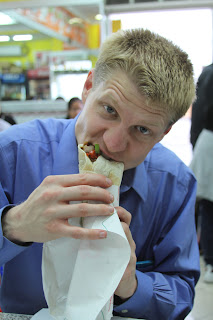 Steve's first time.... he wolfed it down... must have been hungry! 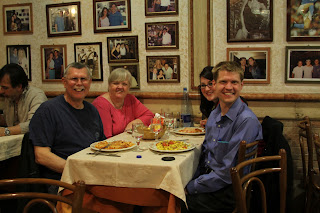 Our first night we met up with Steve's parents and went out for our first authentic Italian dinner which did not disappoint.  The place was packed with locals -- always a good sign for a restaurant. 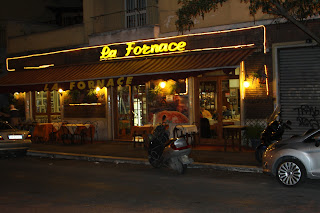 We actually wanted to go eat over by the Pantheon but the bus never showed up and we couldn't find a taxi anywhere.  Wandering around the neighborhood, we stumbled across La Fornace and had the most delicious handmade spinach ravioli and portobello mushroom fettuccine.  They tasted so much better than anything we've had back home.  And the people there were so nice.
Posted by The McClellan Clan at 2:06 PM