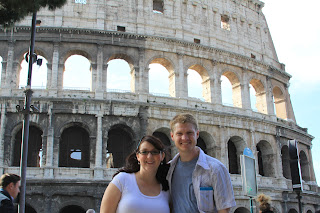 For our second day we headed out to see the ruins of ancient Rome.

Our tour took us through locked gates that kept the rest of the tourists out. We went down to the (now exposed) underground and up to the third tier. 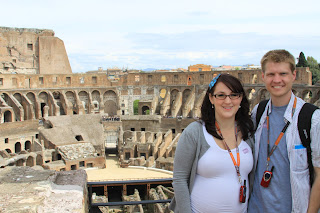 It's such a massive structure and still impressive despite being a skeletal ruin of its former grandeur. 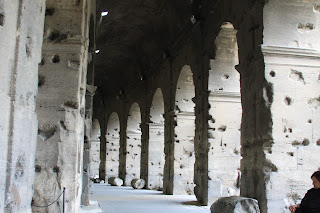 All of these holes are where the Romans looted the Colosseum for the iron pins inside the stone. 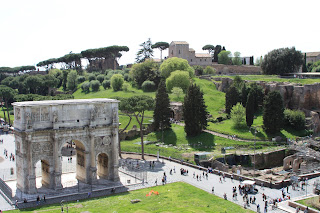 Even the giant Arch of Constantine was dwarfed by our elevated vantage point. 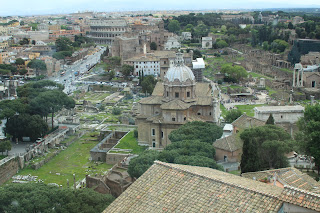 Then we walked around the Roman Forum with all the ruins on either side. There's the Colosseum in the distance. 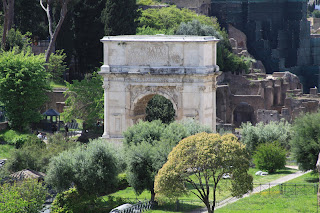 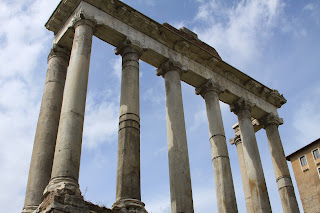 The giant pillars of the Temple of Saturn. 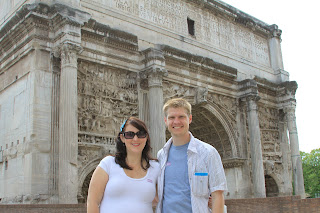 The Arch of Septimus Severus. 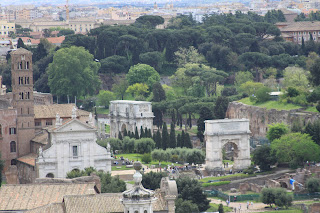 Ancient Rome really had some impressive edifices. From here you can see the Arch of Constantine and the Arch of Titus.

Steve and his dad decided to get an arial view of Rome from on top of the Victor Emmanuel Monument. From this side you can see down to the Colosseum and the Forum.

And here's the view of Rome from the other side. 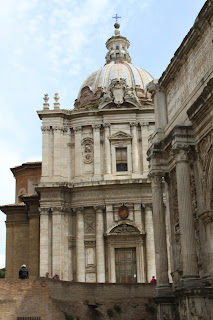 So many old buildings! 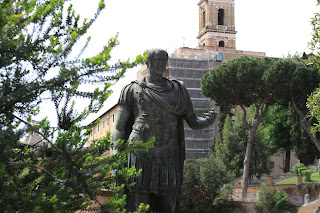 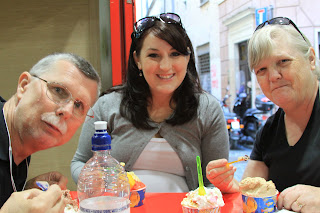 After lunch (at another delicious restaurant) we were on our way to the Pantheon but missed our bus stop and found ourselves on foot among narrow, cobbled streets that were just so European and charming. A stop at a local gelateria completed the experience. 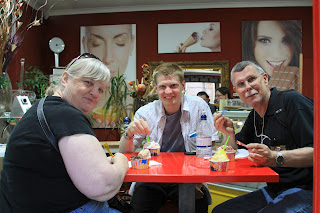 Steve's first gelato. He tried caramel and black cherry and was blown away with how good it was. 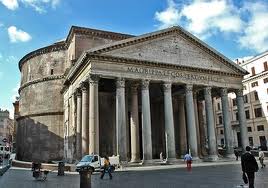 Next stop: the Pantheon 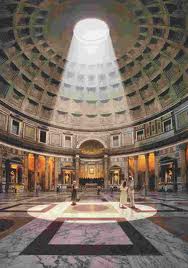 It is quite an impressive sight with that dome and oculus. 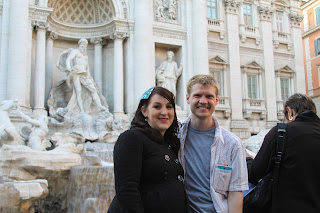 After gelato we ended our day at the Trevi Fountain. 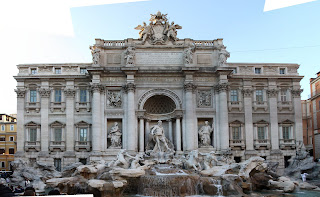 A collage of the Trevi minus all the buzzing tourists. 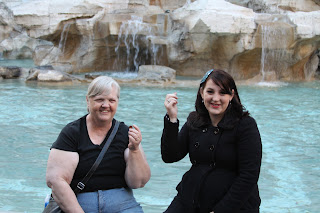 Throwing in a coin for good luck!
Posted by The McClellan Clan at 12:22 PM