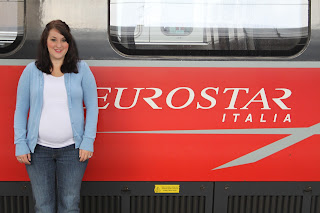 Ready to take the train from Venice to Florence. 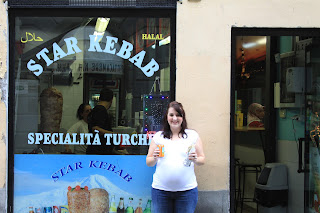 After we found our apartment we had donner kebabs for lunch. 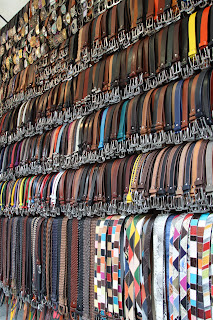 Steve has this thing for braided belts, and now he has a new leather one. 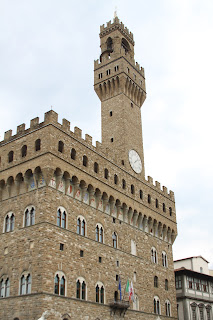 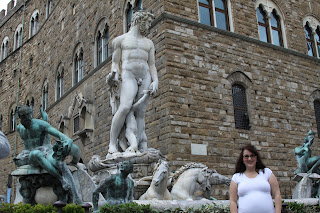 The Neptune Fountain outside Palazzo Vecchio in Piazza della Signoria. 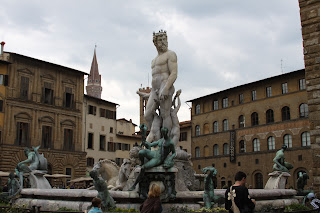 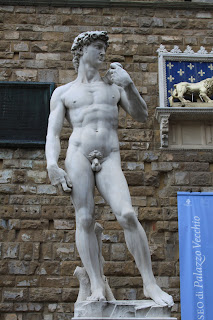 There's a copy of the David Statue right out front. 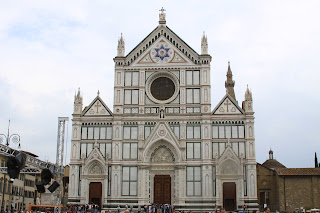 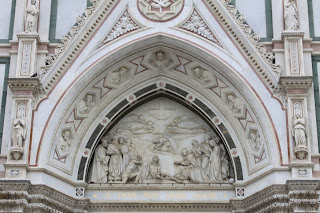 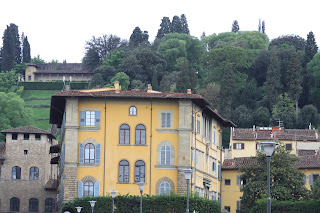 There was a long line to go inside so we headed out to the hillside to get a view of Florence from above. 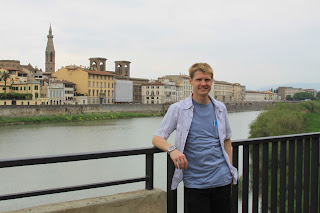 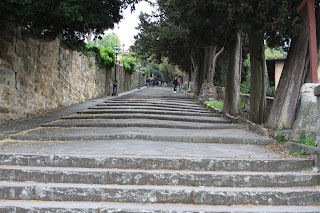 After your get to the top of this staircase there's another that's even steeper! 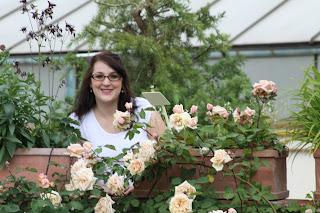 But halfway up there's this rose garden. Seemed like a good place for a break. 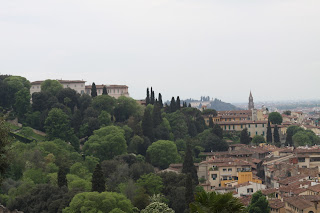 Everything is within walking distance; even this hillside outside the city is closeby. 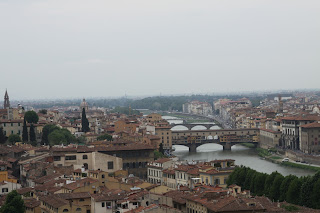 You can see the Fiume River and the Ponte Vecchio. 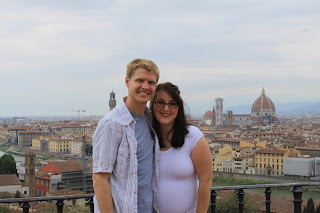 And here's the panorama view. 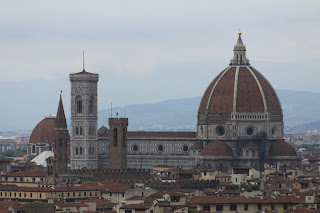 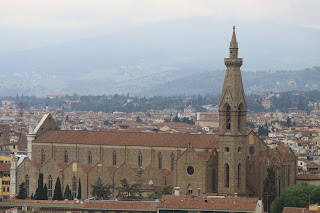 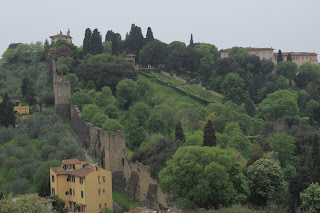 The old city wall that stretches around Florence. 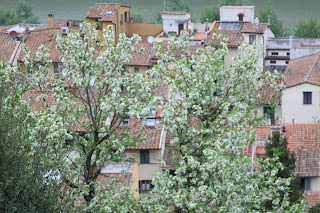 It really is a beautiful city. 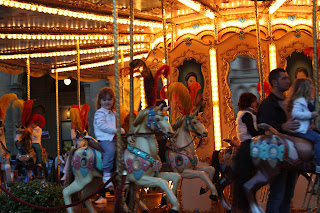 Much of Central Florence seems to be blocked off from cars or, at least, cars are not so prevalent. There's even a carousel in the Piazza della Repubblica. 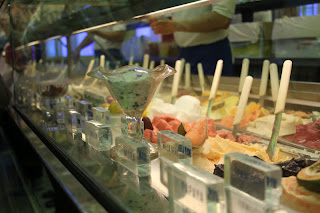 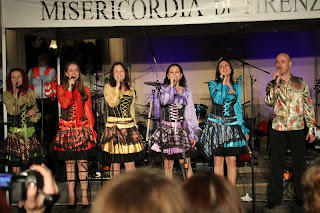 There was a big festival that only takes place once a year here, and tonight was the night. There were about 35 concerts going on around town. 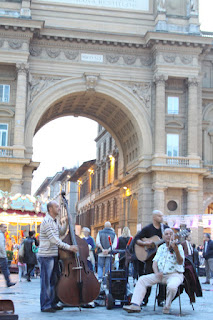 There were all types of music being played anywhere musicians could find a spot. 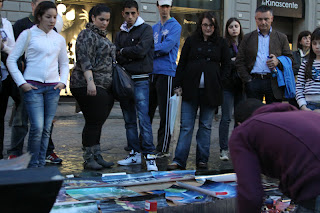 Artists were out as well; we stopped to watch this guy whip up a painting all in spraypaint.  Cool stuff. 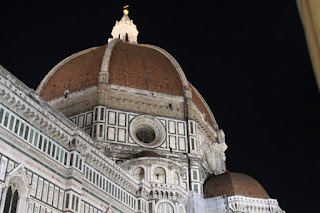 We went to a classical concert playing Verdi at the Duomo, because it was free and we got a chance to check out the inside of this massive Basilica. The concert was supposed to run until about 11:00 p.m. but we checked out at 10:00 so we could go to bed.  At 10:00 the streets were overflowing with people like New Years in New York. 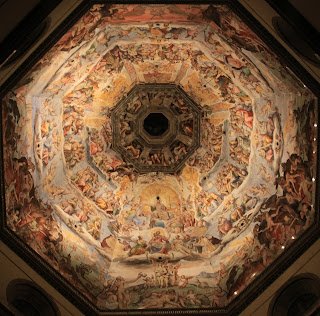 We will get to see more of the Duomo when we come back tomorrow.
Posted by The McClellan Clan at 2:31 PM