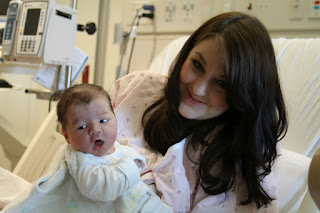 Today the nurses had all the tests to run. Poor guy had his shots, got his heel pricked for the blood tests, and was circumcised. No wonder he's looking over his shoulder. 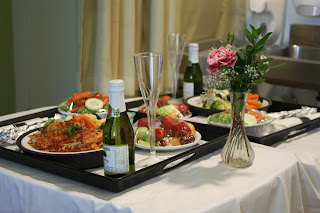 The nurse left at 12:00 to bring lunch; she didn't come back for 2 hours! We were starving! 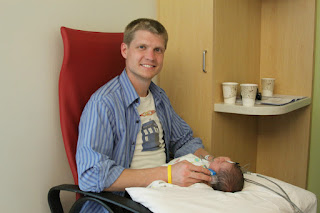 Poor Evan screamed for 35 minutes the first time they tried to do his hearing test. 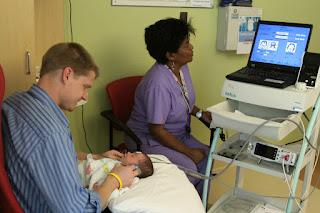 The second time Daddy held him and he was much calmer; the test only lasted a few minutes. 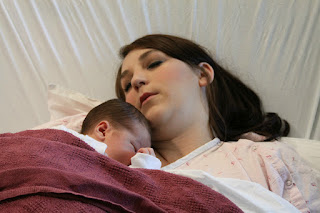 Those tests really wiped him out. 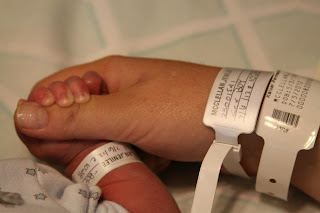 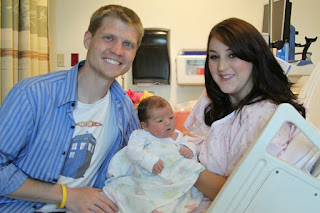 Now with all the tests done it's time to head home. 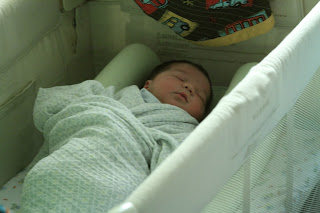 Evan is all settled in his own bed. 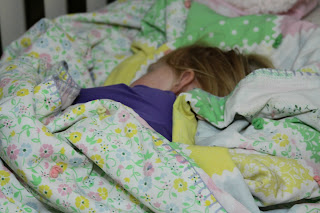 Finally Hailey calmed down and went to sleep. That makes two kids asleep in thier own beds. So far so good.
Posted by The McClellan Clan at 7:00 PM