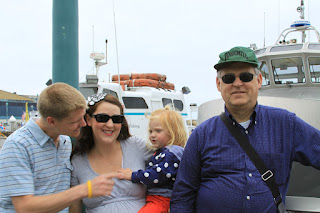 We keep telling Hailey that baby Evan is coming soon but we're not sure she quite believes us. Still no sign of the little guy. 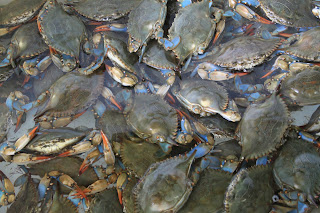 It was a day off for Steven and we spent the morning wandering around the Redondo Beach Pier and Boardwalk. 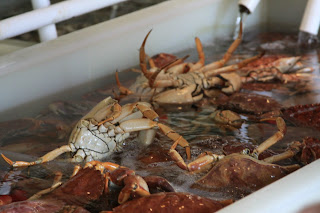 Hailey thought it was fun to see the crabs jump in the water. 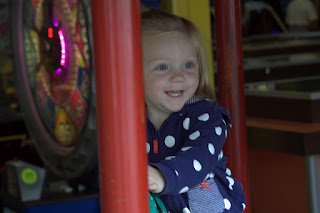 She even got to play in the arcade, though she only wanted to ride this small carousel. 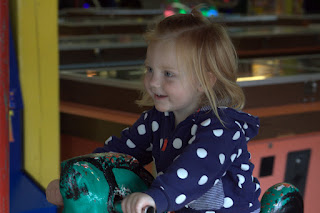 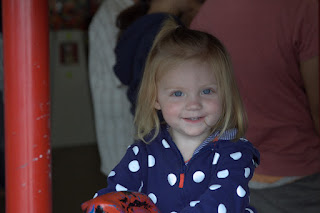 Oh, Hailey, just wait 'till you have a little brother to play with. 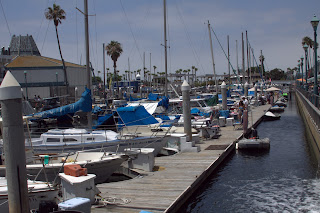 It was pretty nice to walk around down at the pier. 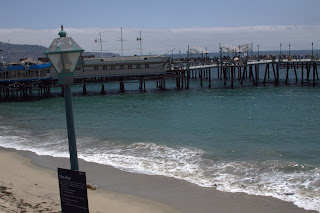 It was a nice, peaceful day. 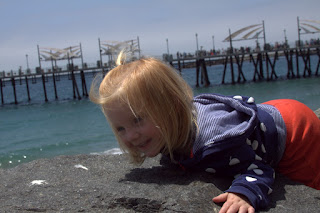 Hailey just wanted to climb on everything! 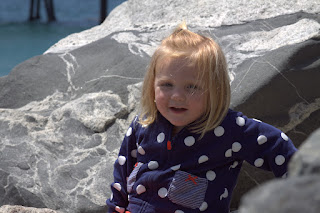 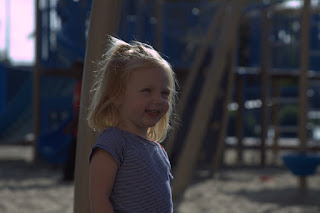 Later in the afternoon we took her to a park to wear her out. 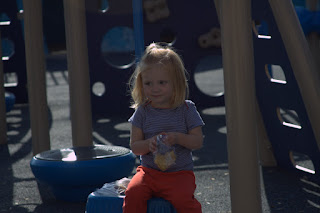 Got to stop to nibble on a peanut butter sandwhich. 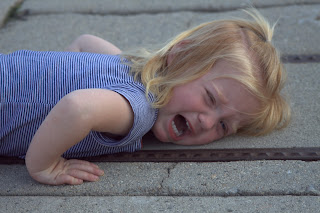 This is how she's been this whole past week. We don't know why she's so upset but any little thing sets her off, like having to leave the park to get some dinner. 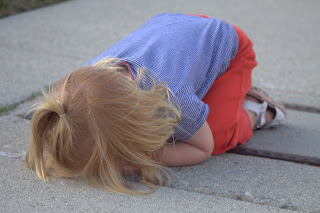 She doesn't know the park will still be there waiting for her tomorrow.
Posted by Steven at 5:00 PM