Trying on the Halloween Costumes 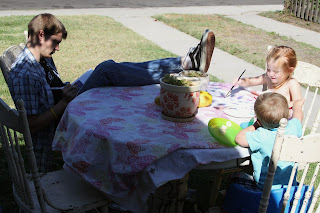 Steve's former boss left the company he was working for to start a new company. The boss is taking all the clients with him, and offering his division of staff members new jobs working for him at his new company in Hollywood. In the meantime Steve's whole division was shut down and everyone was laid off last Friday. Even though they fired everyone and sent them home Friday Steve has had to go in this week to finish the current TV episode that's due this week. Despite the fact that Steve has been there for a whole year, they are being jerks. They don't seem to care about Steve's division shutting down. He can't park in the company parking lot and Steve has to sign in and wear a visitor pass when he goes in. I know they are poop heads. Maybe I should mail them a giant box of dog turds and sign my name. Too bad they aren't worth the cost of the postage, and they probably would turn around and sue us for breathing in toxic fumes. Oh, well. Steve will start at his new and improved job next week. 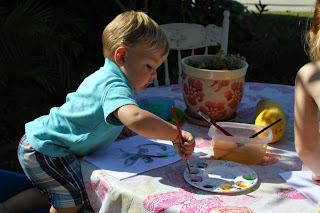 After some painting outside I wanted to get some pictures of the kids in their Halloween costumes so I could mail them to my sister Kendra in Cambodia.

Evan wanted to paint.. and put the brush in his mouth... 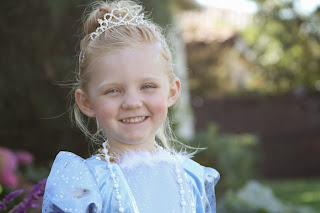 Oh, she must be Cinderella. 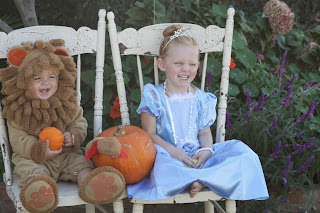 The crazy stuff I have to do to make them smile and laugh... the neighbors must think I am a lunatic! 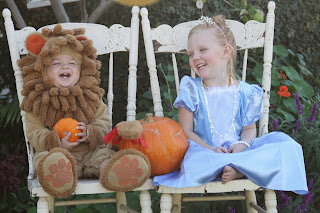 On the other hand, the kids think I am hilarious. 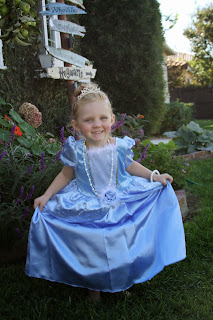 She thinks she is going to the "ball". 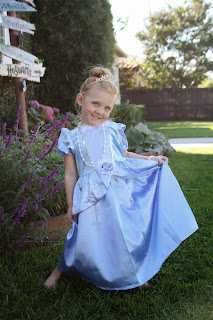 Don't you want to dance? 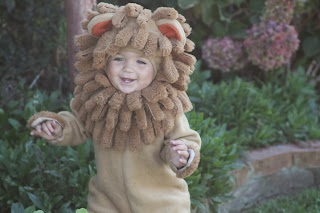 He is the friendliest looking lion I have ever seen. 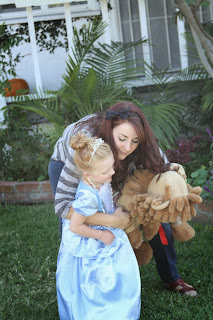 Taking a break to spin in circles. 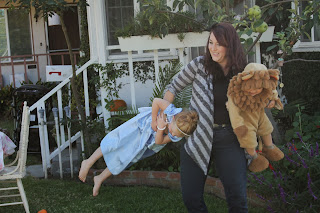 I am losing Hailey despite the fact that I have two arms. 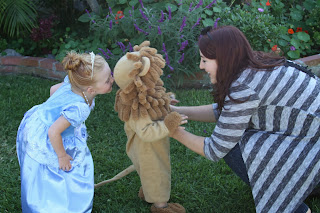 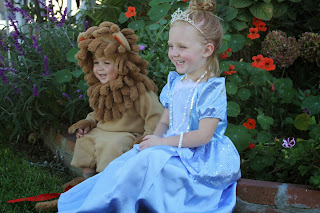 Wow, Hailey actually wants to wear clothes for once! 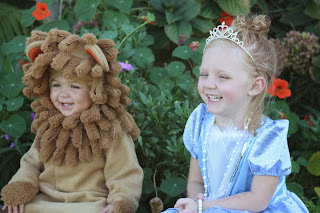 I am thinking of throwing some of their soon-to-be Halloween candy in the freezer and saving it for making gingerbread houses at Christmas time. 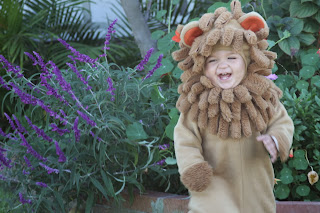 He was laughing so hard he couldn't walk straight.
Posted by Steven at 9:51 PM