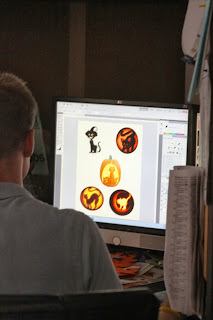 Hailey told us she wanted a witch pumpkin. I thought Evan might like a kitty one since he is pretty obsessed with the cats that live next door. Steve wanted Evan to "pick" which kitty design he should have on his pumpkin. Steve found a bunch of images, photoshopped them,  and sized them before he presented them to Evan. 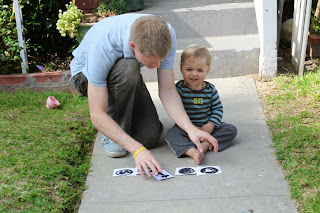 Evan was pretty excited to be ale to pick out his favorite kitty. 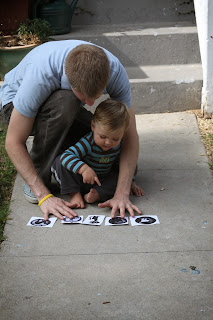 He did not pick the one his mom liked the best, but that's ok, she can get her own pumpkin. 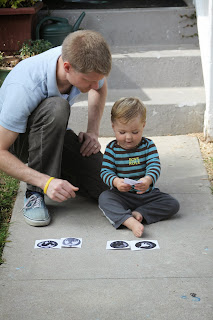 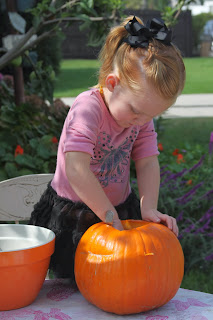 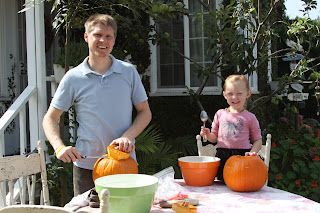 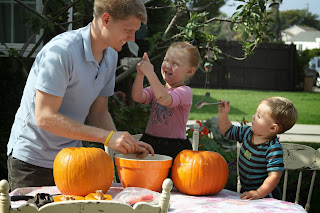 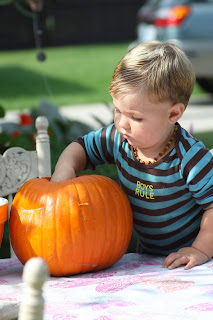 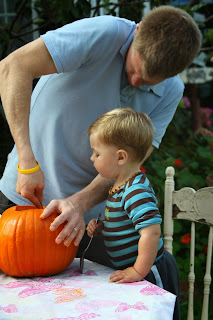 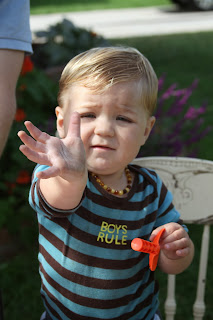 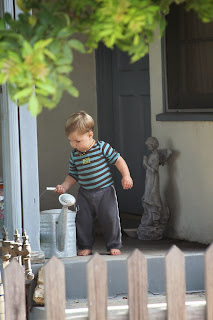 Taking a break to water the neighbors steps. 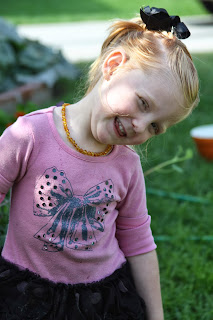 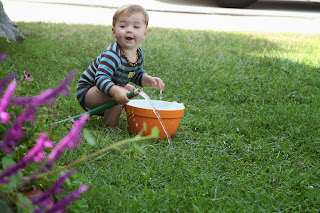 Back to work, wash the pumpkin gut bowl! 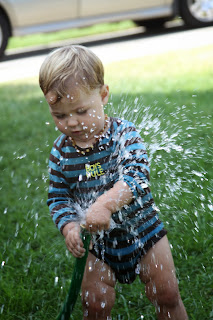 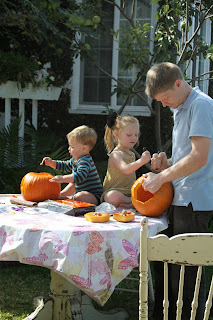 They were so eager to help. 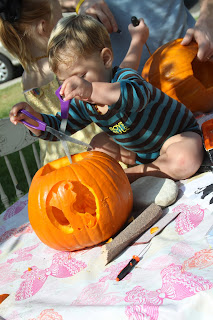 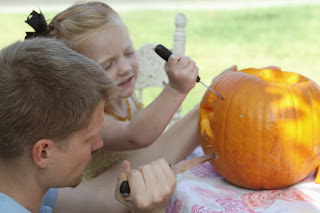 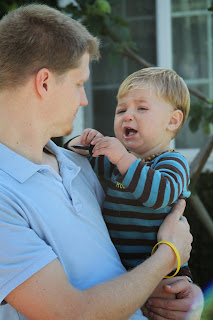 Unhappy we traded a sharp carving tool for a blunt one. 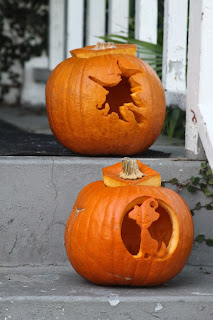 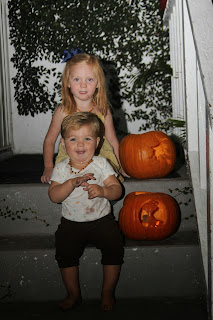 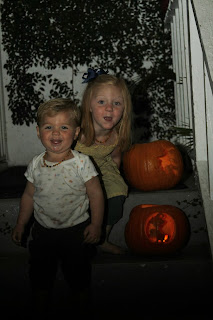 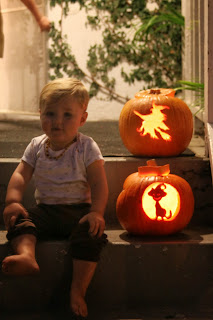 We sprayed some bleach inside, so hopefully they won't mold super quick.
Posted by Steven at 12:29 PM