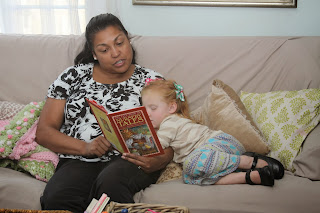 We love it when Judy visits. 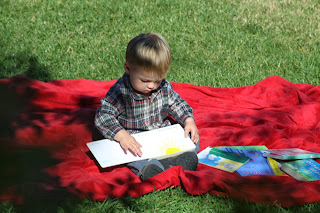 Evan  has started picking up animal sounds when we are reading. He loves to moo like a cow and whoooo like an owl. He also folds his arms and is very talkative when he knows it is time to pray at mealtimes. 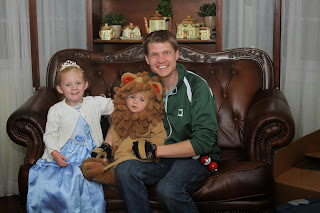 They had been waiting for Steve to get home from work so they could go trick or treating. 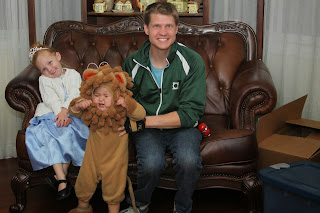 What a cute sad lion! 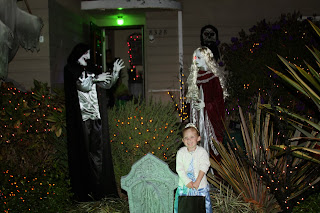 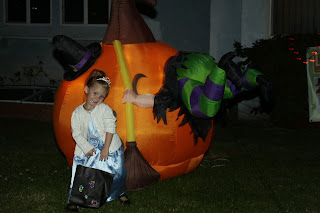 Originally I only wanted to take them down 2 streets tops... because we already had tons of candy from the Church Halloween party. Hailey was super thrilled to go out. She loved all the decorated houses and yards. After a street Steve and I figured we may as well run them around until they pass out from exhaustion, really if we went home after 2 streets they wouldn't go to bed anyways. 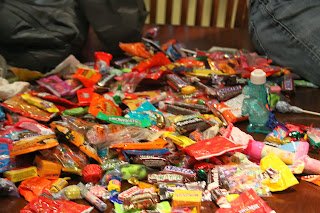 After about an hour Hailey complained her bag was too heavy to carry as it was practically overflowing - and she didn't want to walk anymore.  Party is over when you can't carry your own bag anymore. 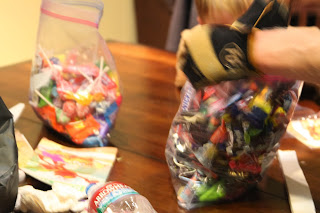 I know it is difficult for many people to believe, but Steve and Hailey don't like chocolate unless it is white. I let Hailey pick out what she wanted. We kept half a large ziplock bag and bagged up the rest to give to the neighbors. Too much sugar makes me feel lethargic, and I want my pants to fit, so it had to go, end of story. 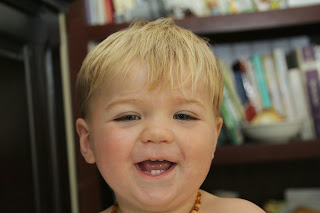 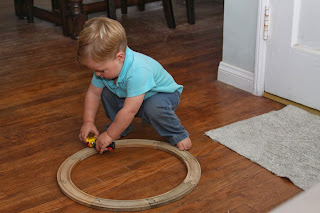 We borrowed this little train set from my parents' house and it has been fun to play with. Evan is fascinated by the magnets. 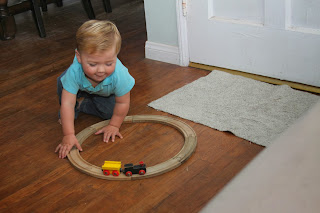 I  have been reading about train sets for months. The curse of the internet... I can't buy anything without reading tons of reviews first.  I knew we were going to eventually get a wooden set. Rather than buy just any set, we wanted to invest in a good quality set that could one day be passed down... A little research reveals that many of the cheap sets have weak magnets that don't stay together, which is frustrating to little kids, track pieces that don't stay together..... and other issues I don't want to be bothered by... All the more reason to buy something better quality. Ka Ching $$$$....... and then I remembered that I was married to Steve.... saver not spender. 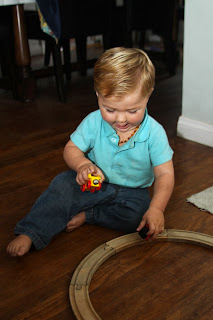 Then I reminded myself I was master of winning great things on ebay. I bought both of my children's big Christmas presents on EBAY for way way way way way way less than you could buy brand new.  We could buy those toys new, but then I would definitely feel ripped off and cheated. Unlike a single birthday, however, buying for a mass of people at Christmas time adds up quick. The little ones will be thrilled - they could care less that their presents are second-hand, especially since they look brand new. And Steve's happy too. 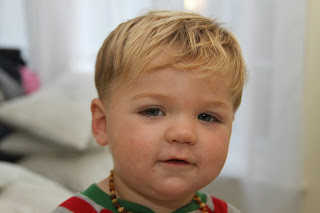 Evan has a Brio train set coming his way, and Hailey has the Kit American Girl Doll waiting for her. 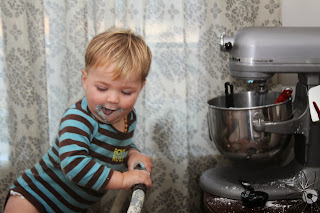 Helping to make Grandpa's birthday cake. I didn't put the lid on my giant tub of coconut oil... and guess who moved the stool and found it? Yea, I know his hair looks greasy. We had to wash it like 10 times to get all the oil out. 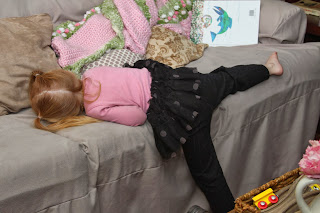 This cracked me up.... she was so tired she fell asleep in this position.
Posted by Steven at 12:04 AM