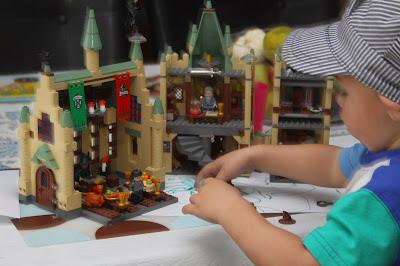 Three times this morning I caught Evan trying to scale the bookshelf in my room in an attempt to get his Dad's Hogwarts Castle. I will give him extra points for being persistent. So now I am working as the Lego Police at the kitchen table - so far no missing pieces. Evan is happily lost in his own little world of good guys vs. bad guys. 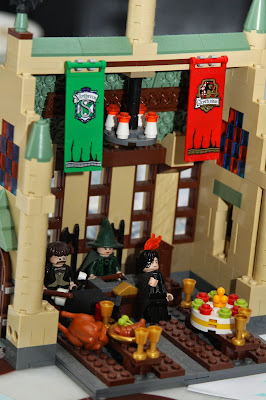 We only got out a few parts of the castle. 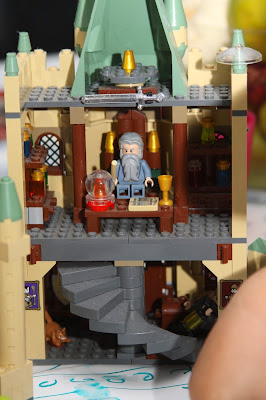 And when that kitchen timer rings in another 20 minutes this party is going to be over. 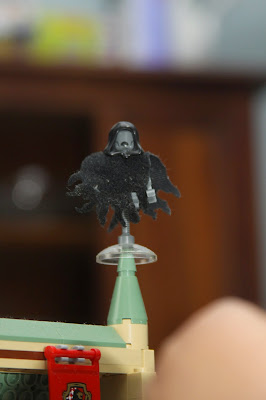 Steve said he has a whole other Lego castle set he can build for Evan to have free reign in playing with.
Posted by Steven at 12:12 PM