Bubbles in the Pool 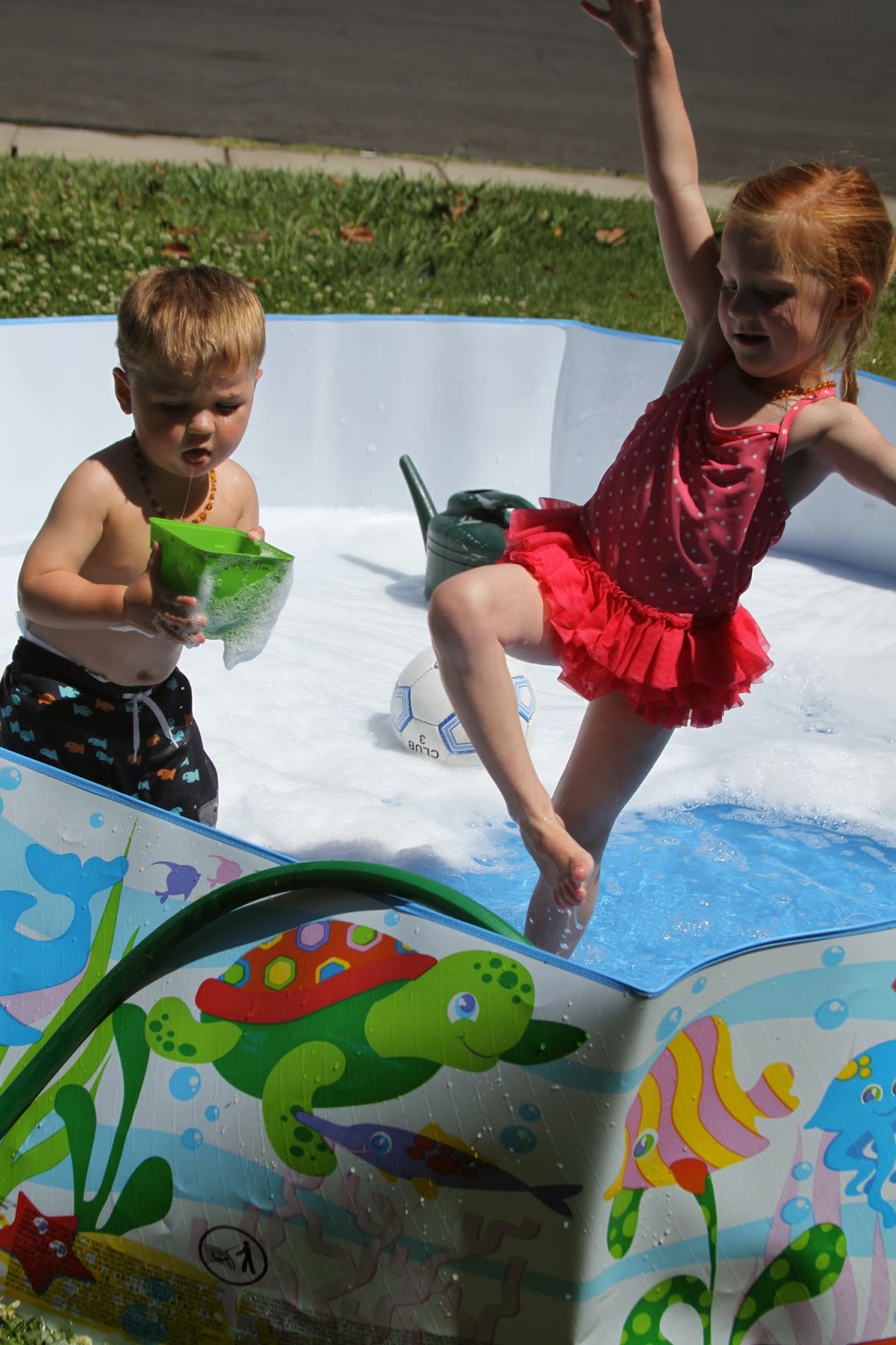 This was a good day... the kids spent several hours wearing themselves out in the pool. Yesterday it was so hot the kids didn't want to go outside at all... very unusual for us. Hailey cried that the sidewalk was burning her feet....... it wasn't long before she was sobbing about how she was going to melt outside. And then we when inside and ate a dozen popsicles.... no shame there. 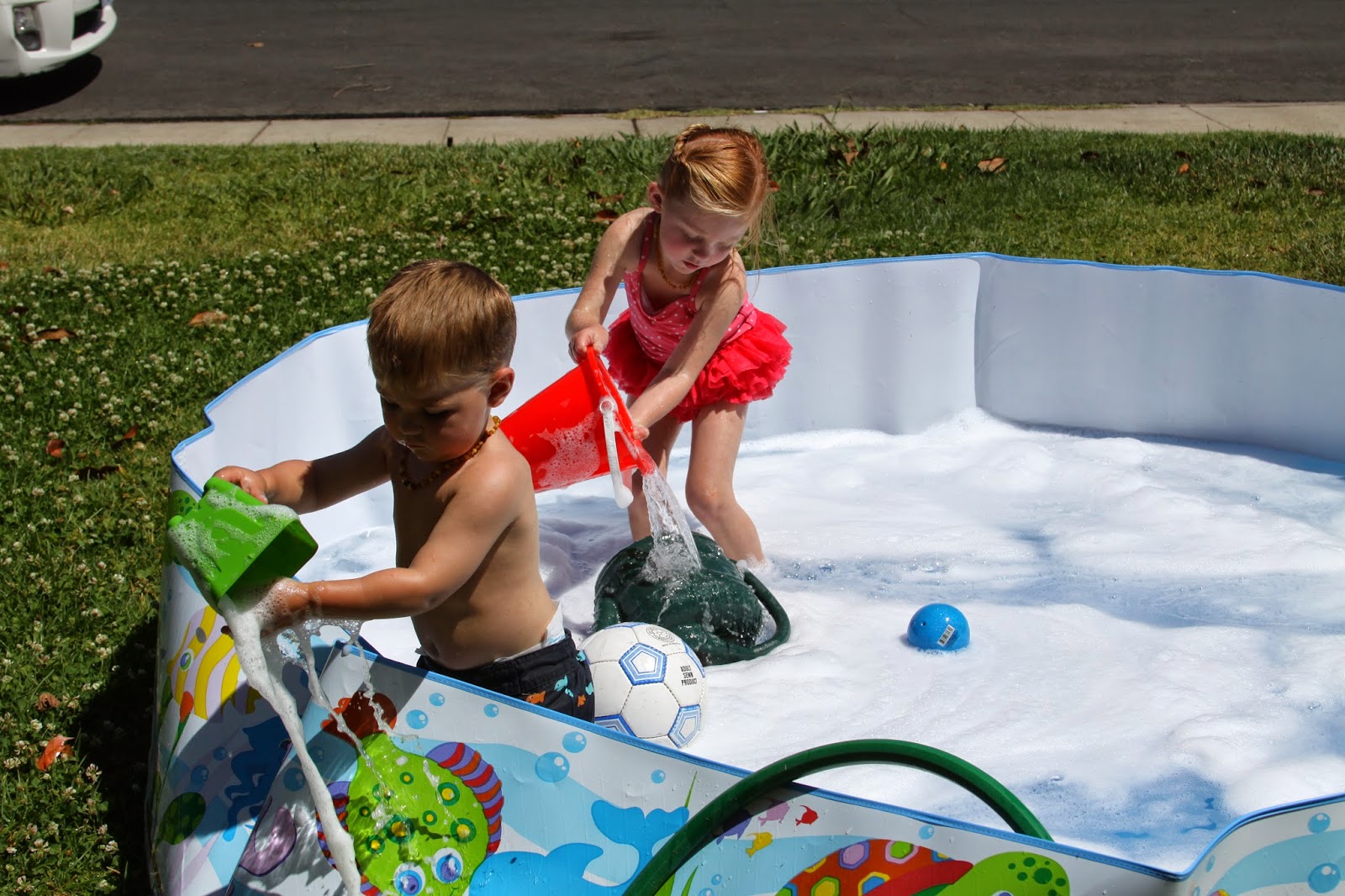 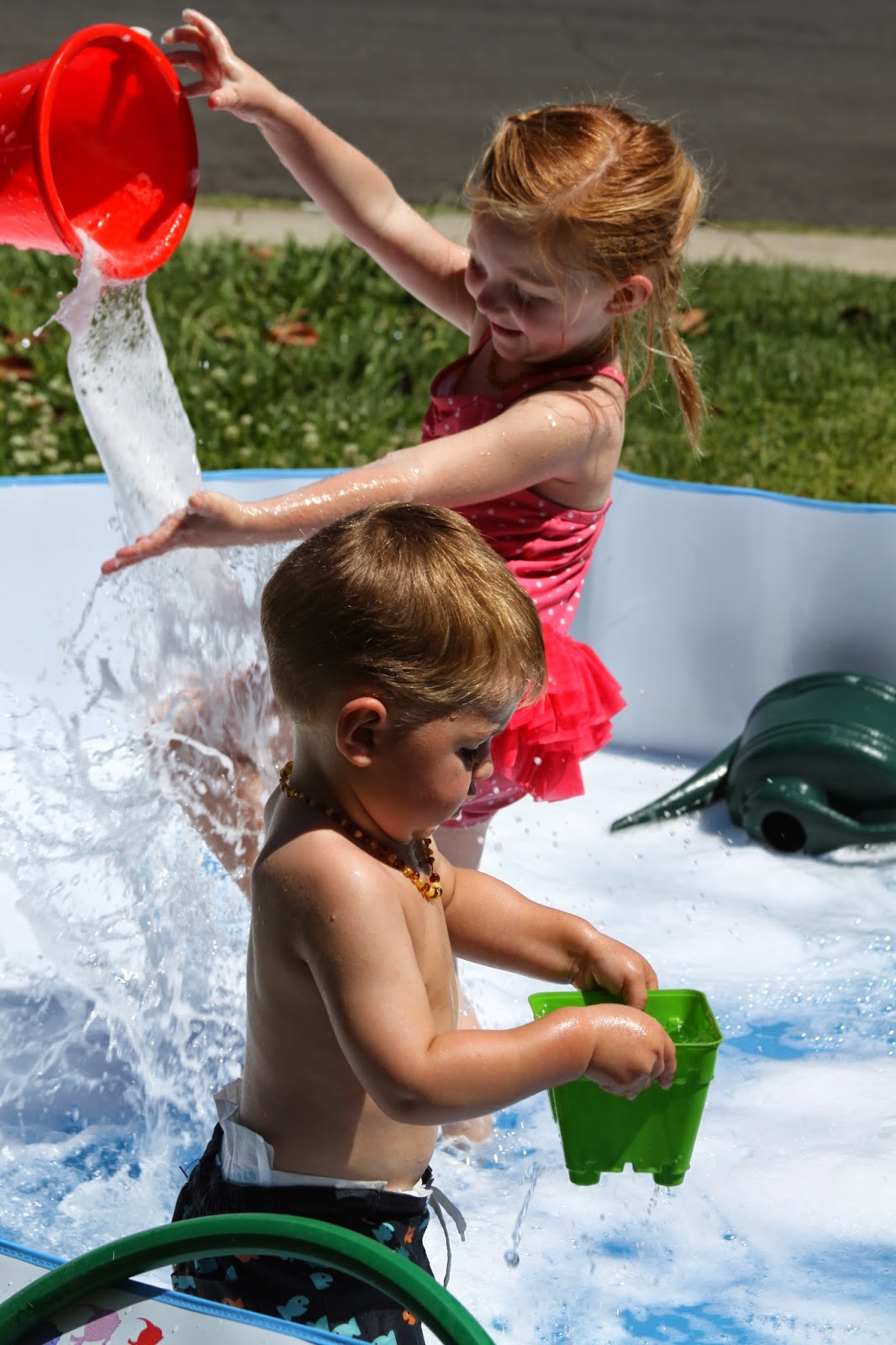 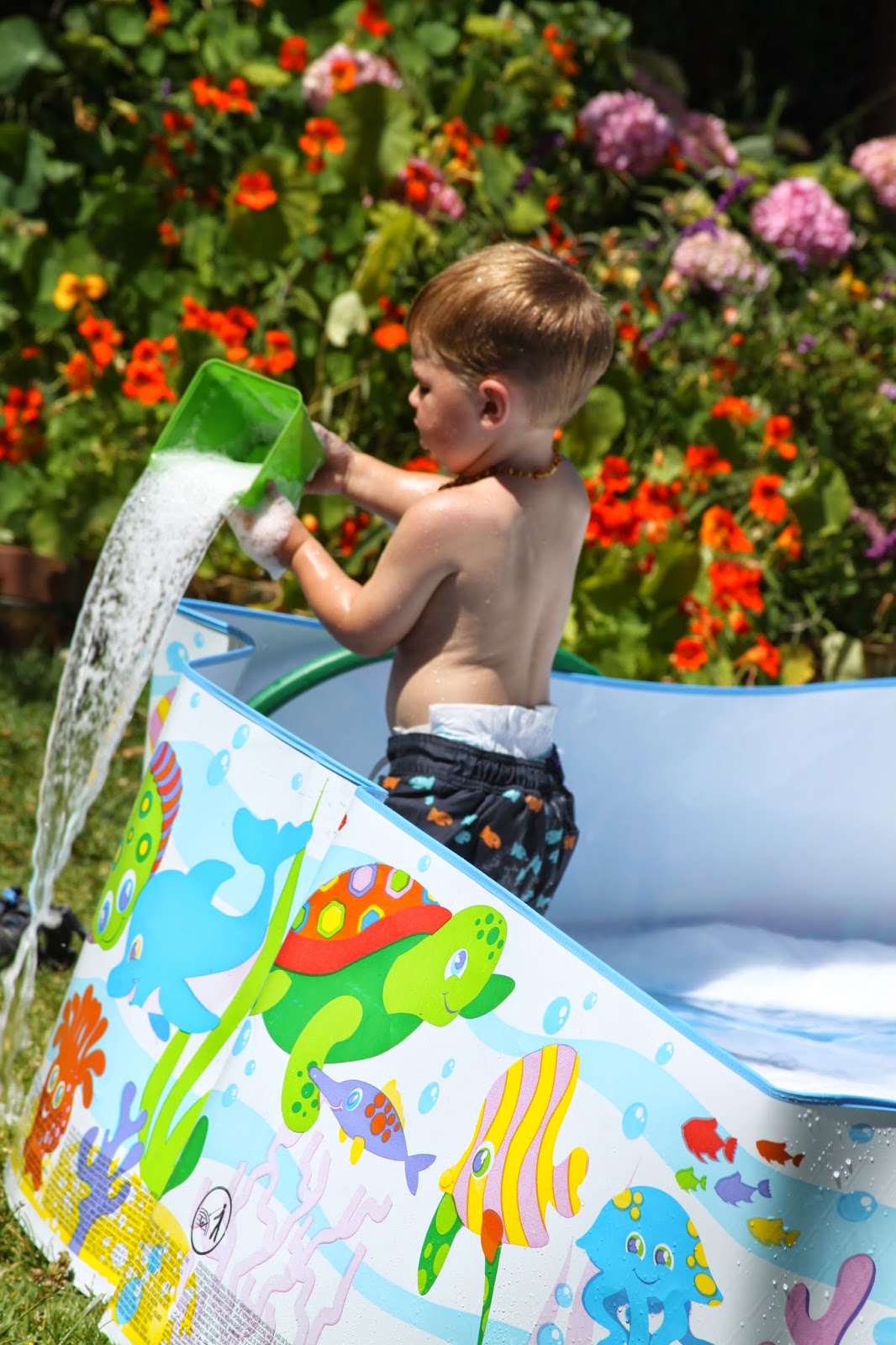 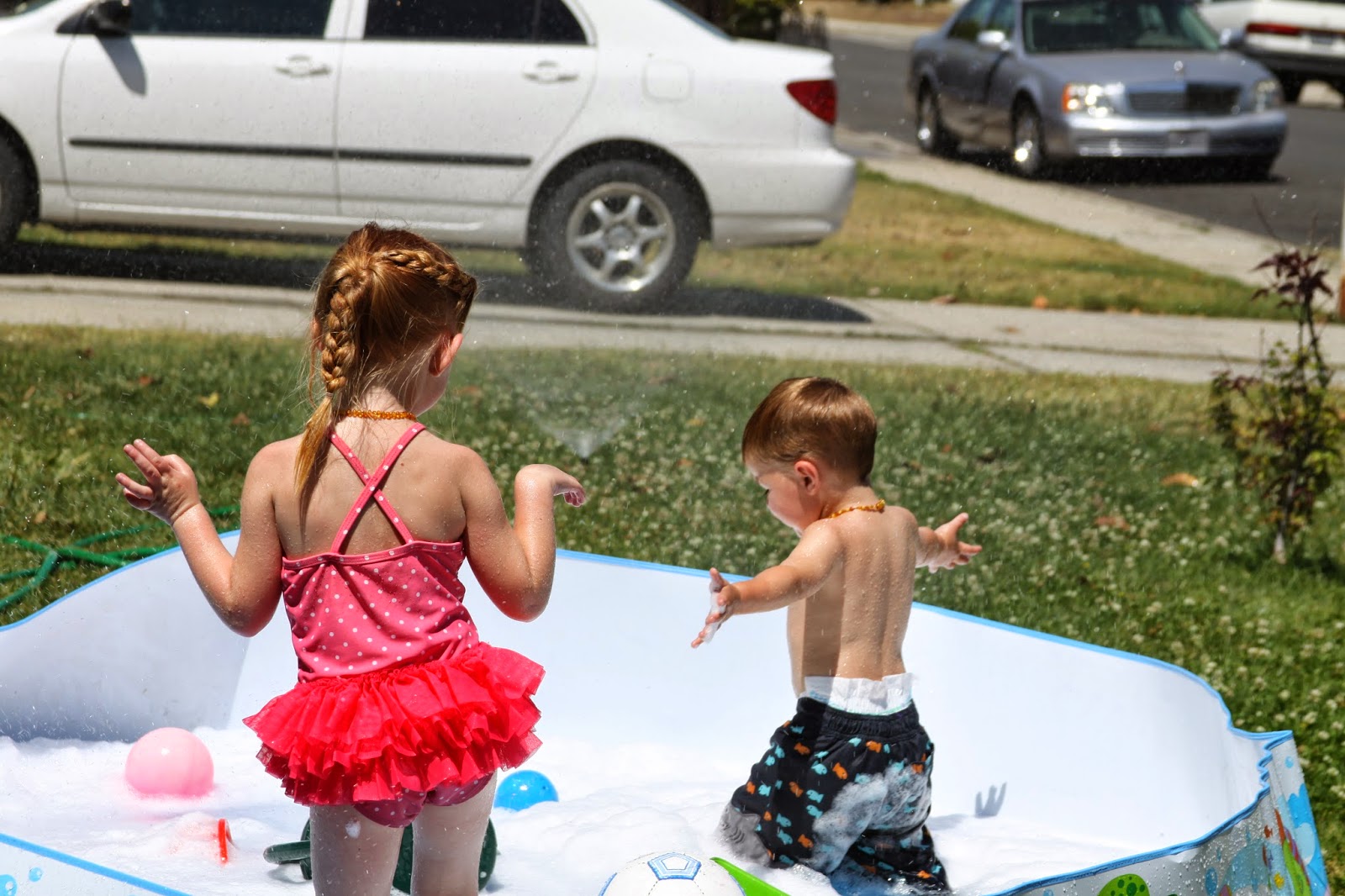 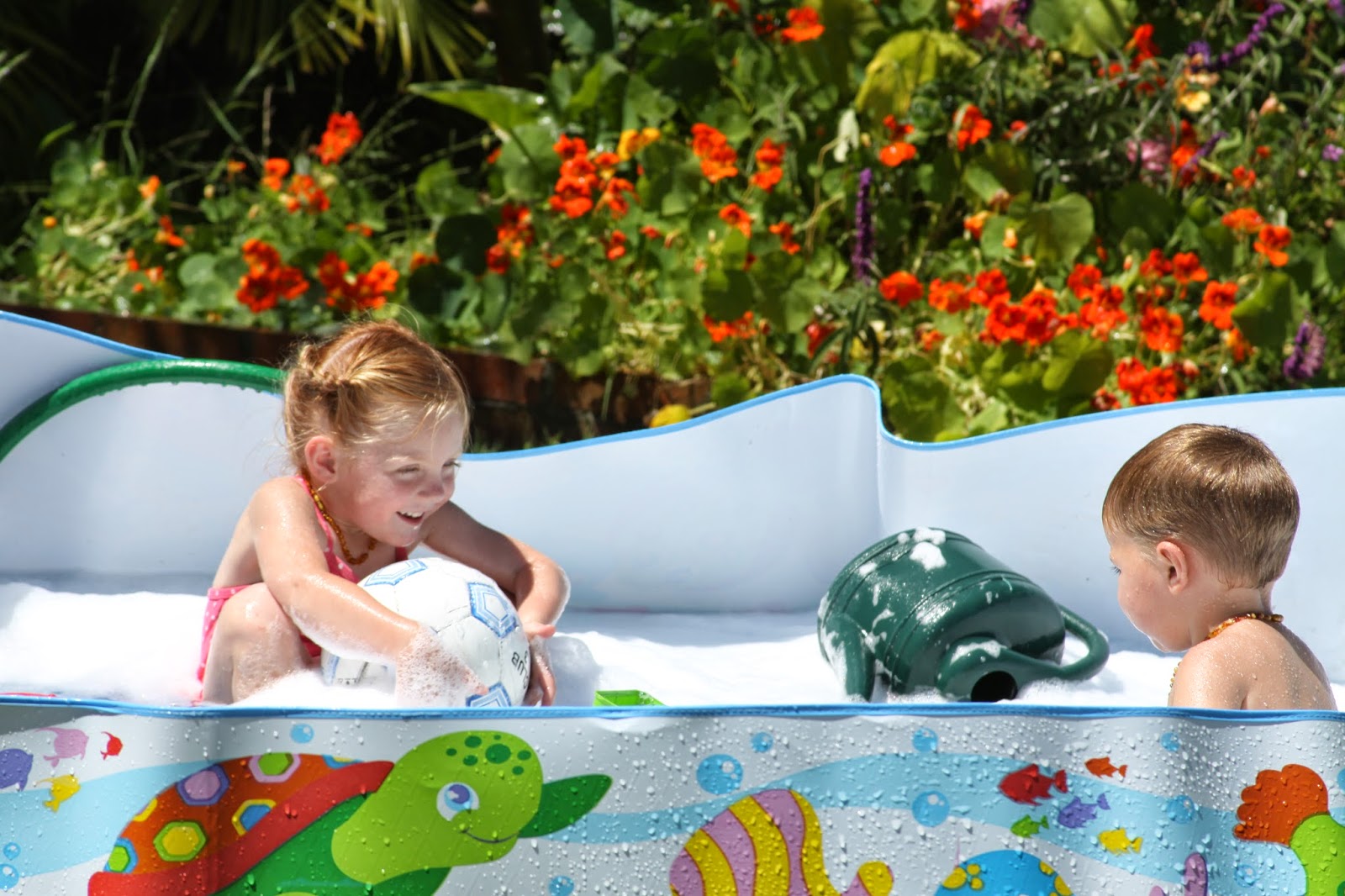 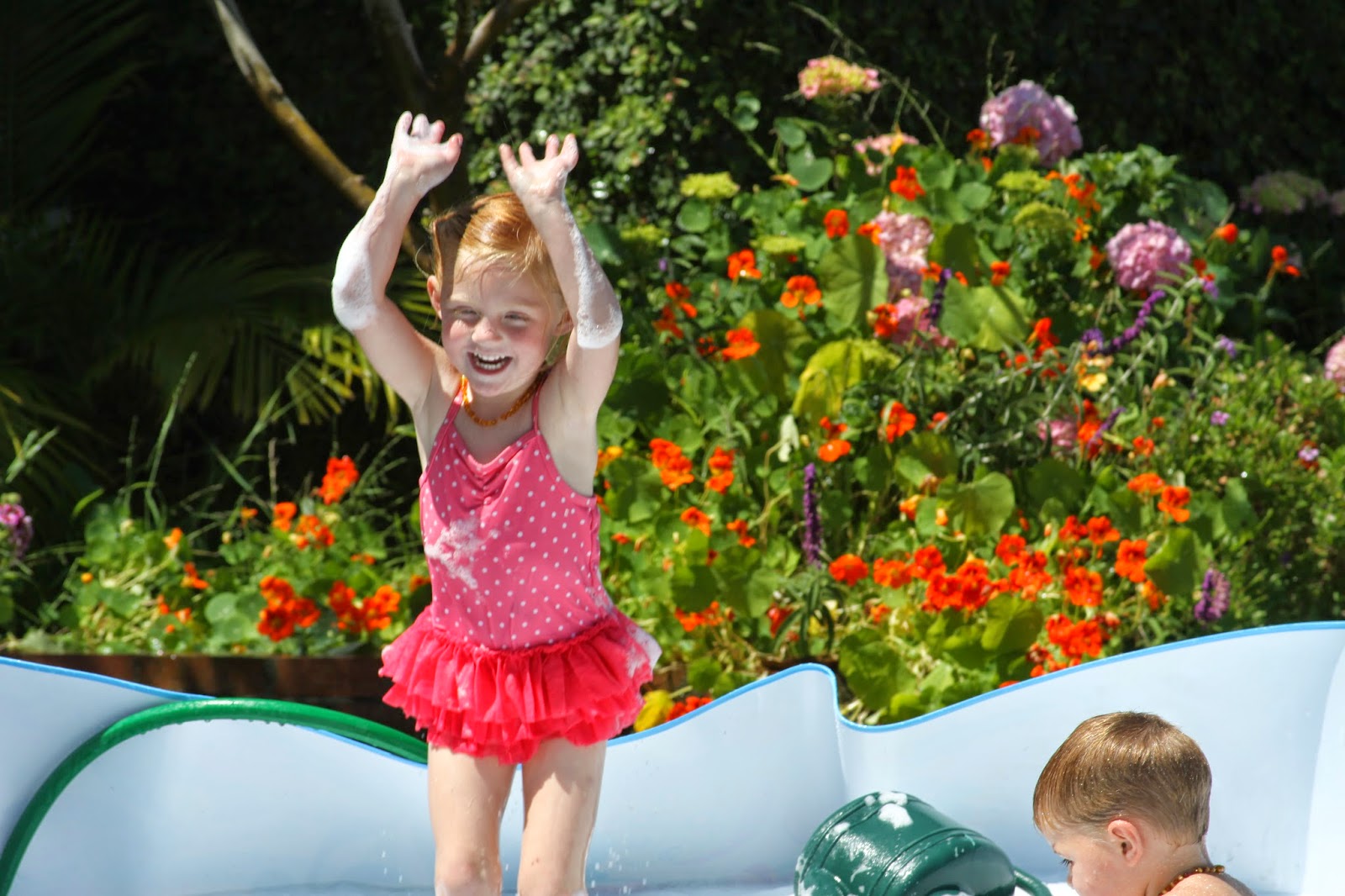 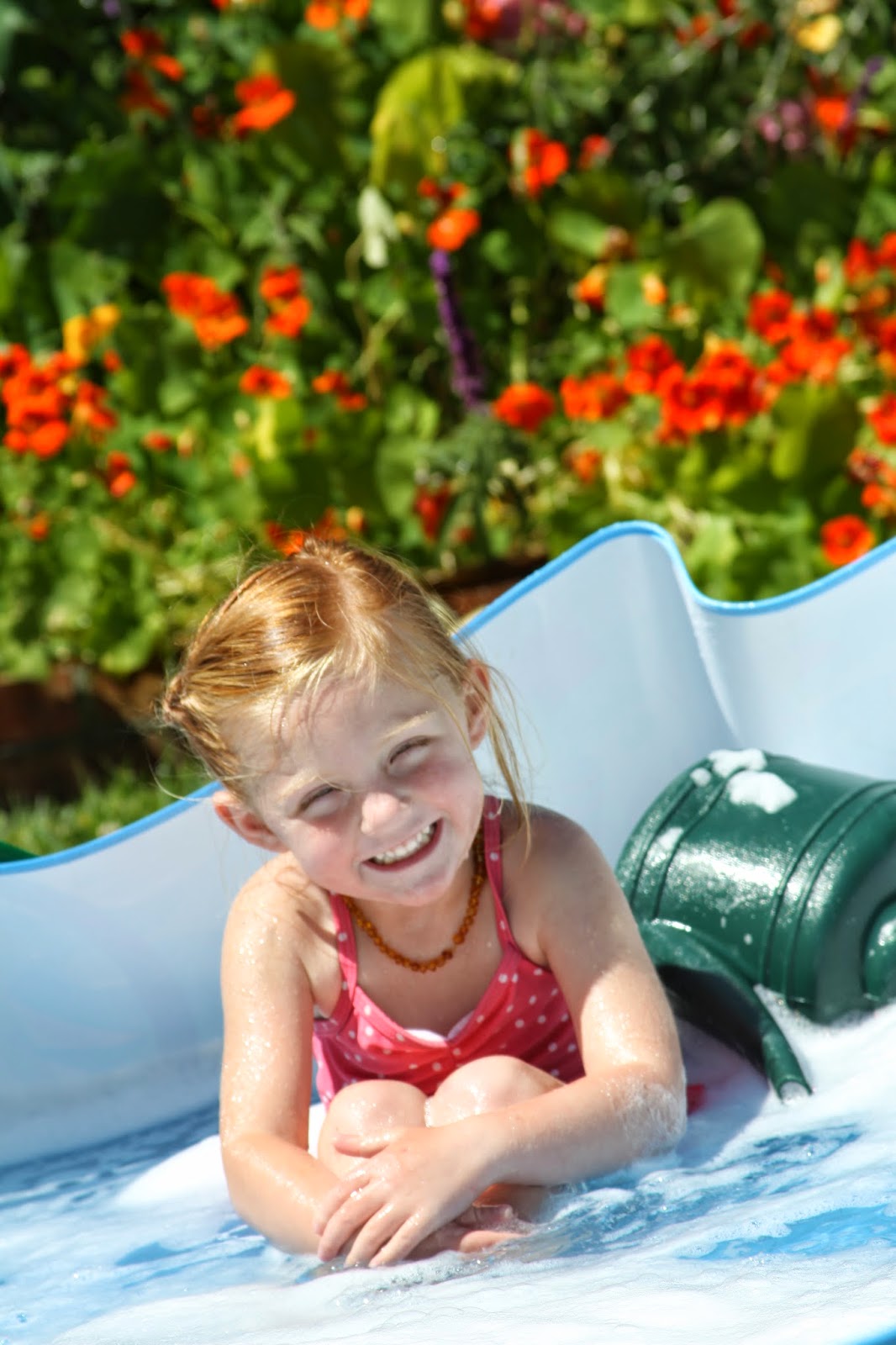 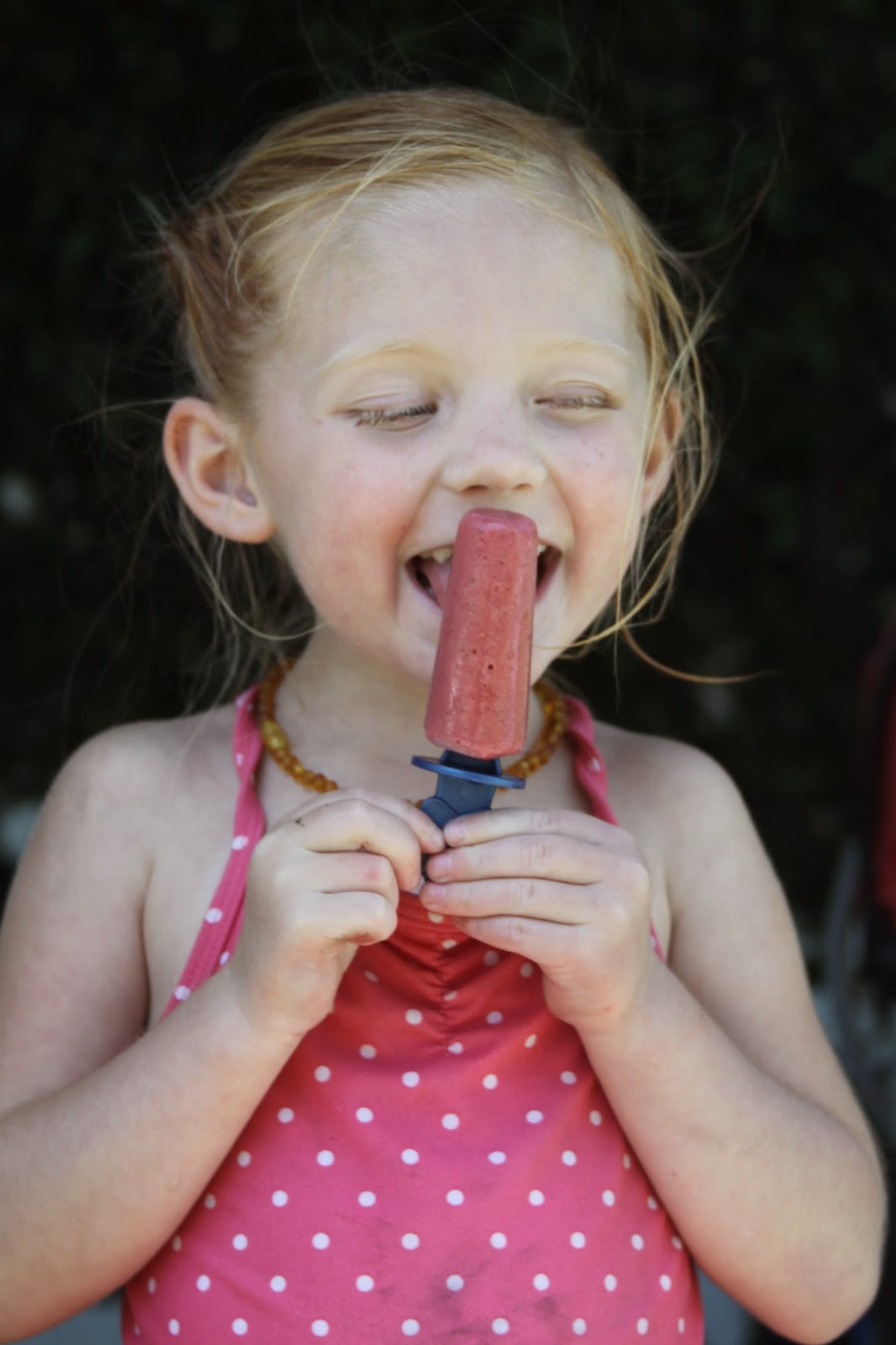 Yesterday we made strawberry popsicles. 2 cups berries, 1 cup milk, a dash of honey. Threw them in the Blendtec and into popsicle moulds. The best popsicles moulds I have bought were from the dollar store and Ikea. I like the little popsicle moulds because the kids can eat them before they melt like the normal size moulds. Besides, wouldn't you rather eat four small popsicles than two big ones? 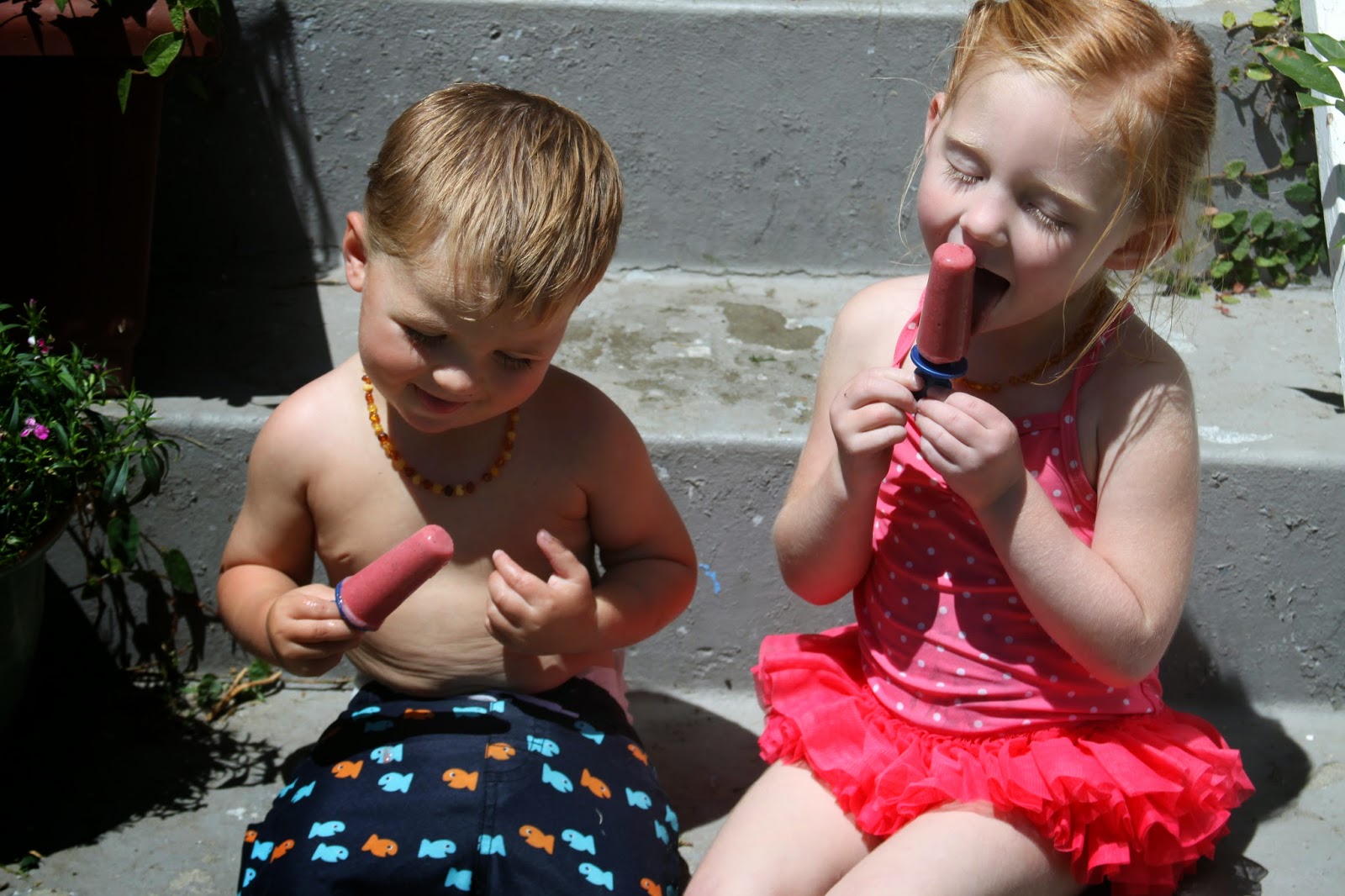 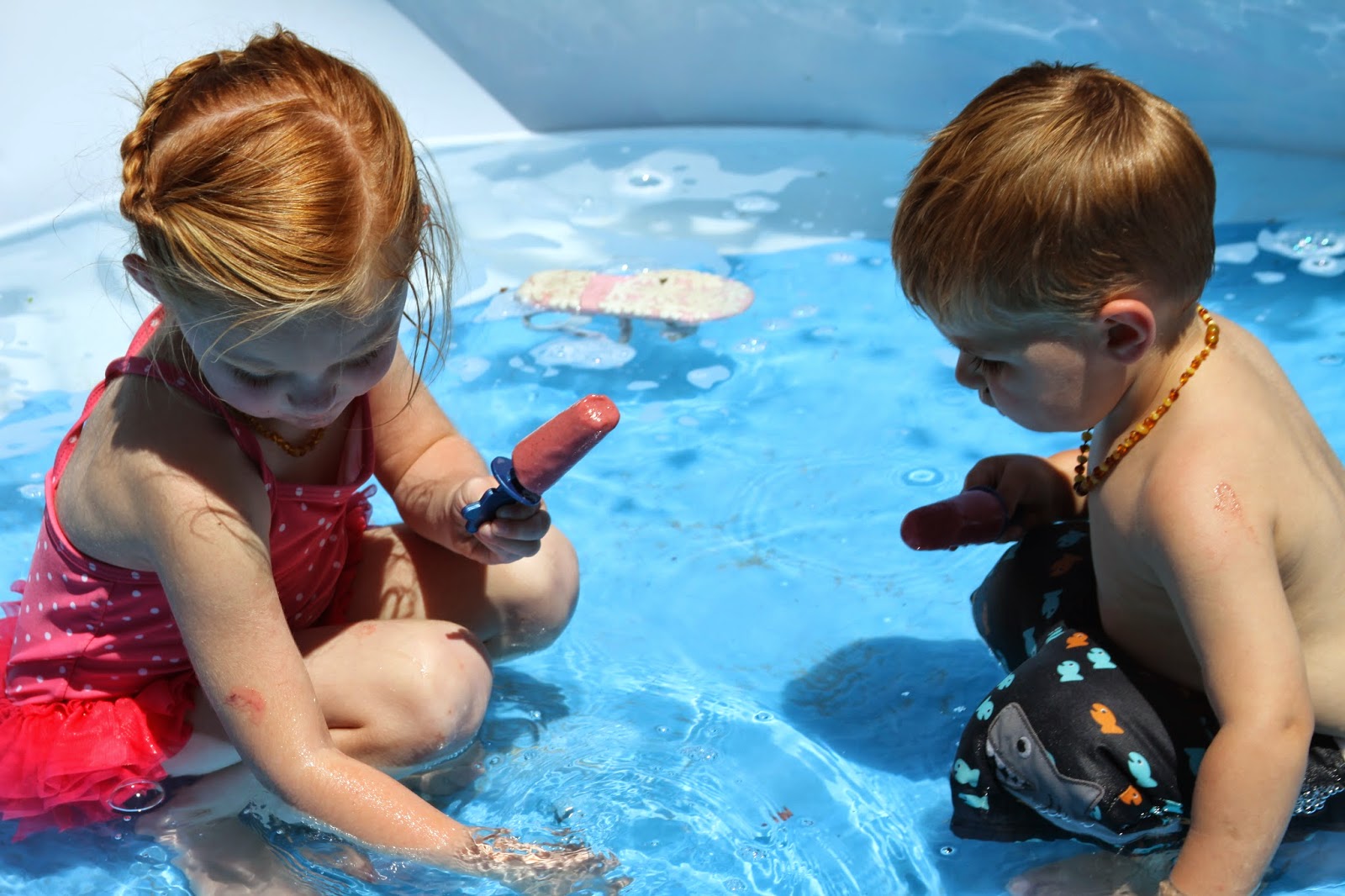 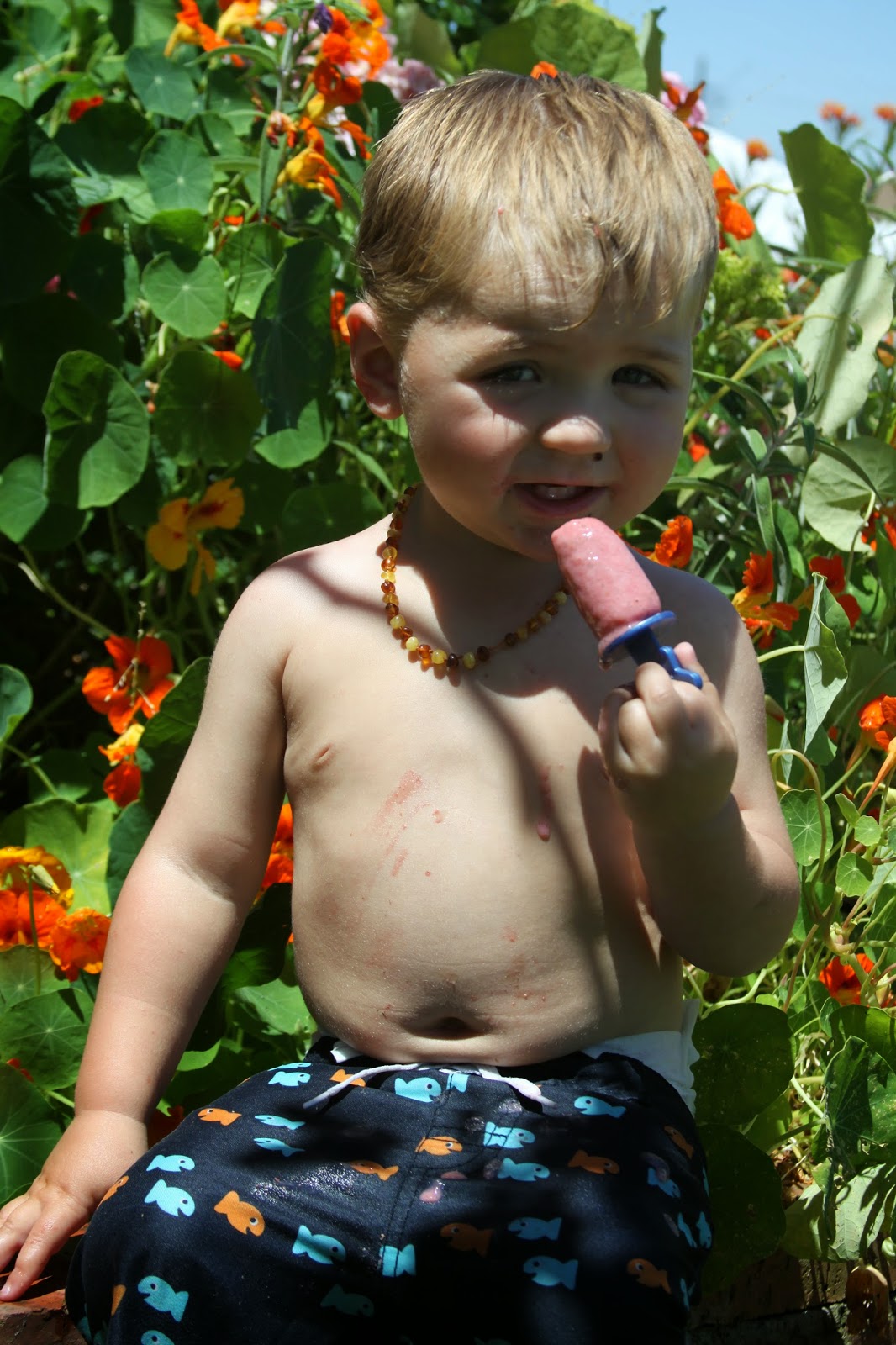 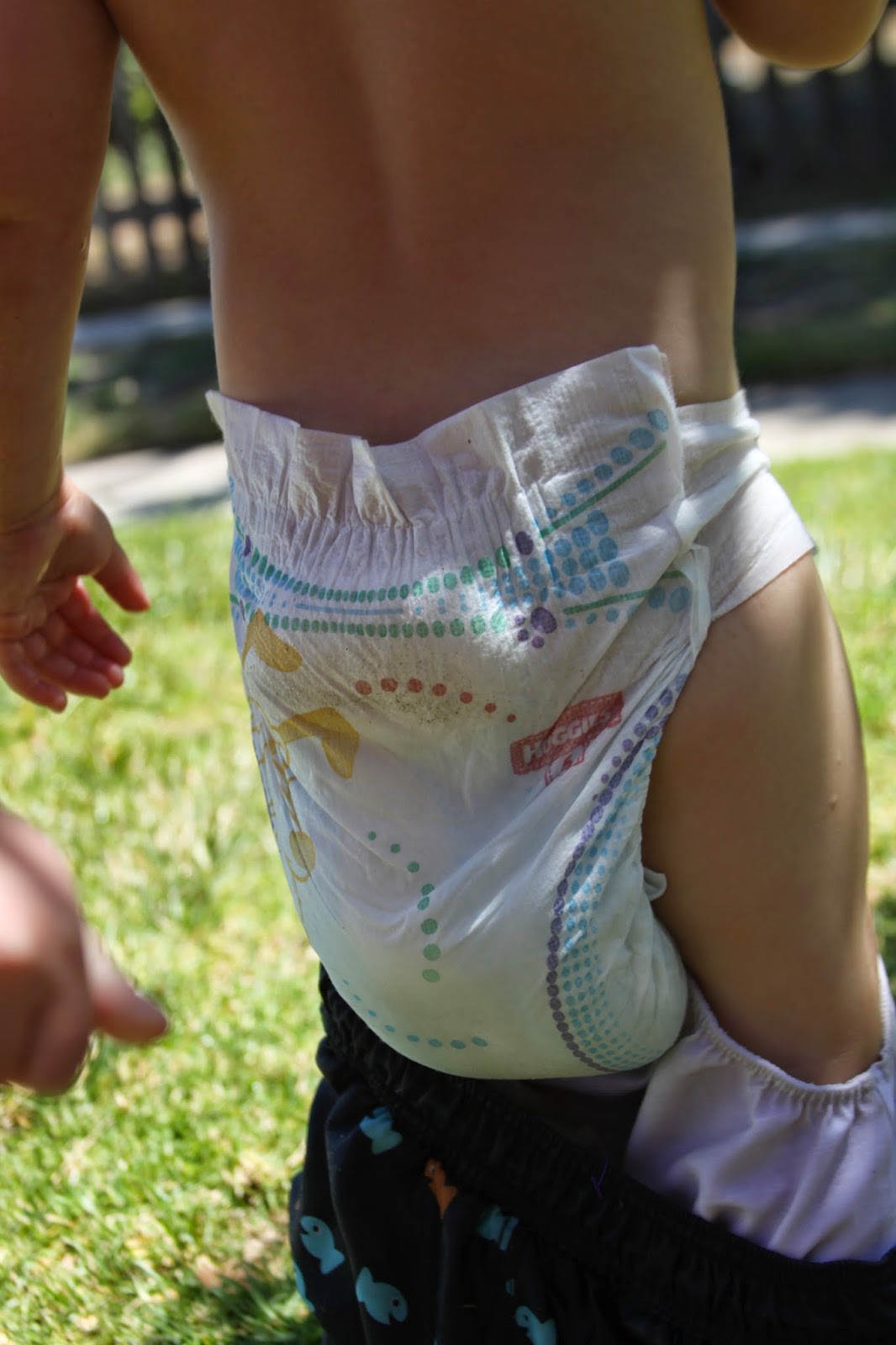 The first sign you have been in the pool too long..... your diaper almost reaches the grass. It wasn't long after this that all clothes were abandoned by the small one.  Just remember if you decide to run around naked outside: reapply your sunscreen or you won't be able to sit down for weeks! I hear wiener burn hurts too!
Posted by The McClellan Clan at 9:52 PM