Wrapping up the weekend 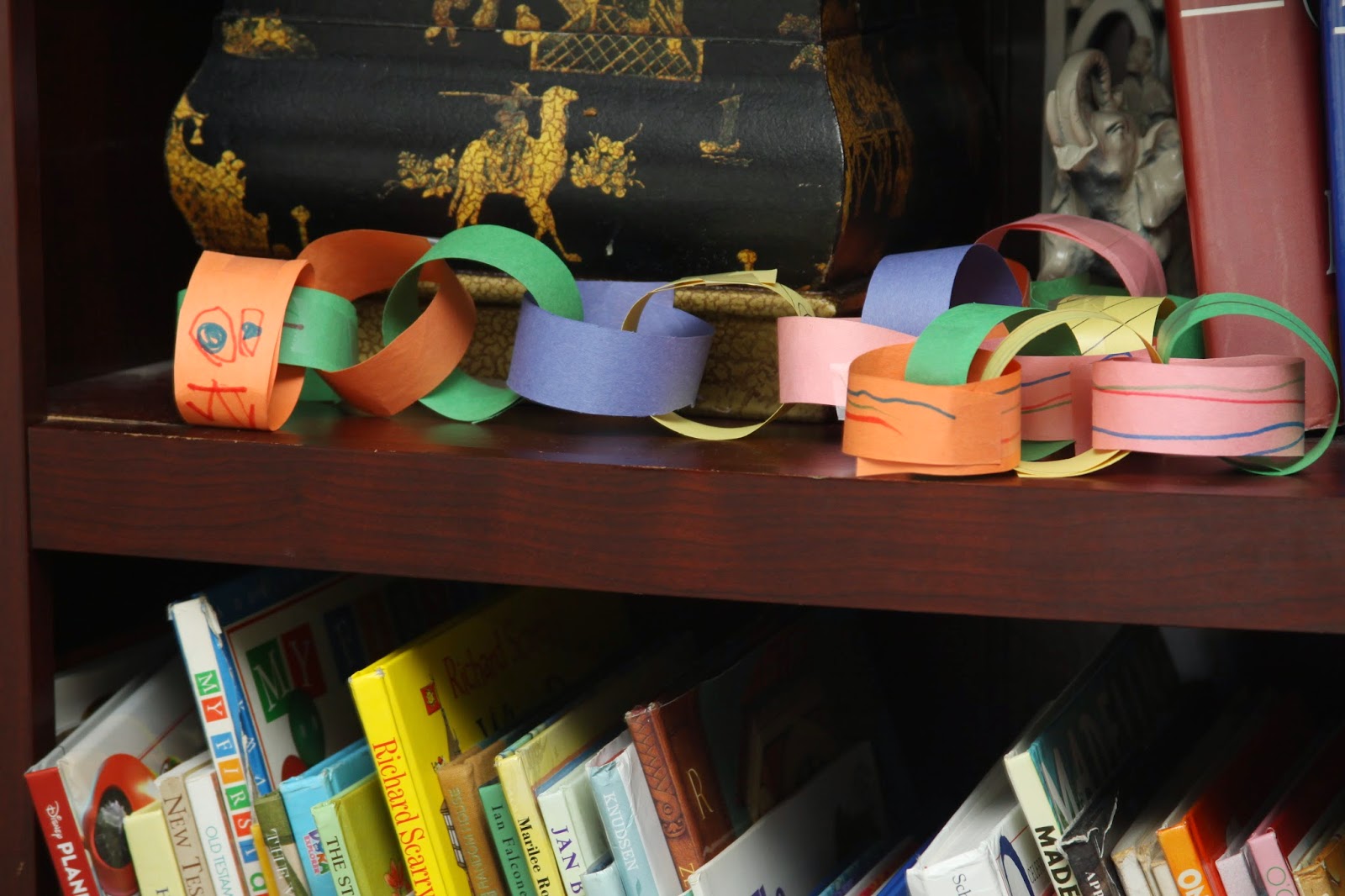 One day this week we read the story of Adam and Eve getting cast out of the Garden of Eden. Then we made a paper chain snake that represents Satan. Hailey wanted to make sure he had sharp teeth and big eyes. 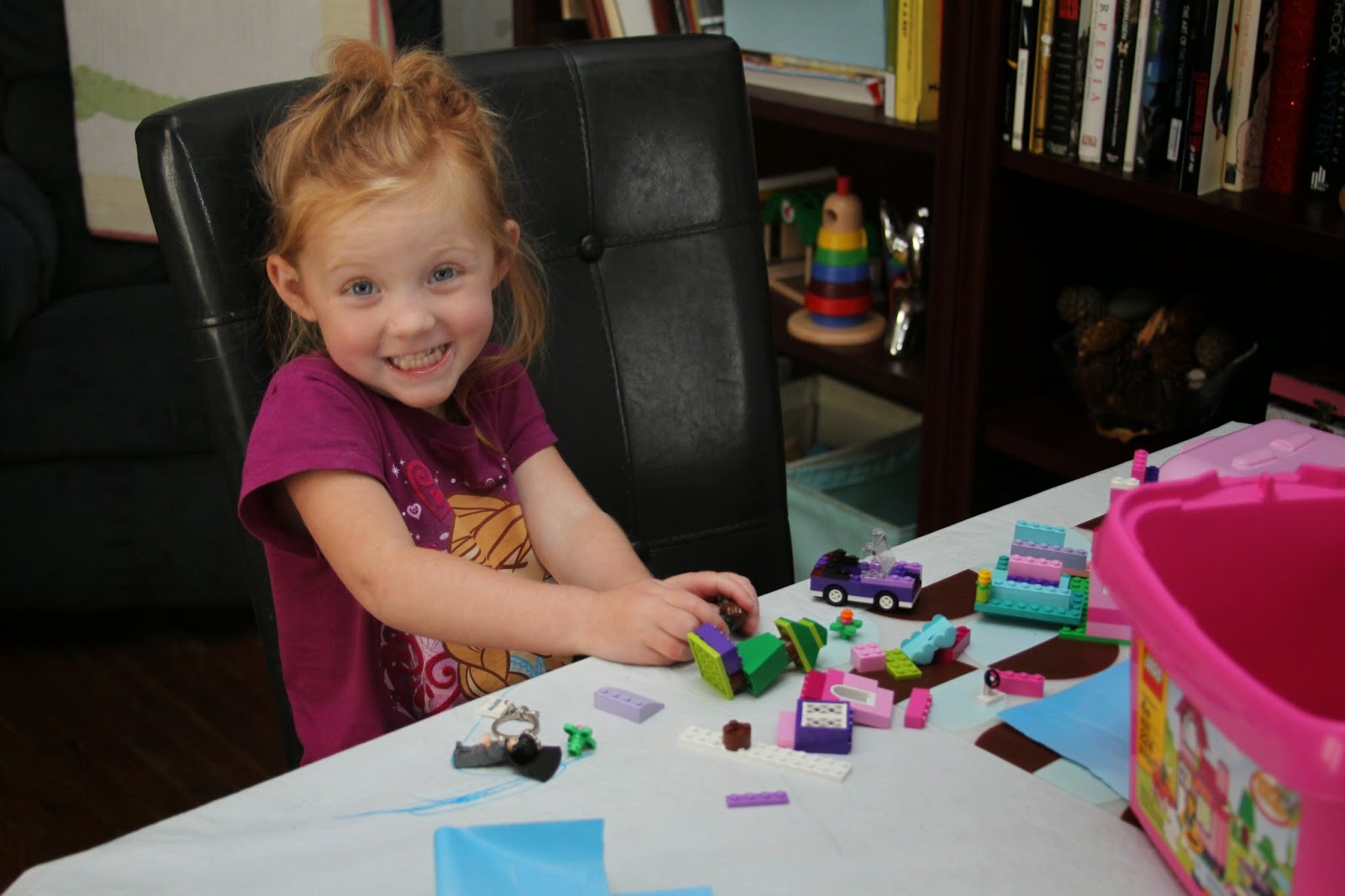 While I mowed the lawn Hailey played Legos. 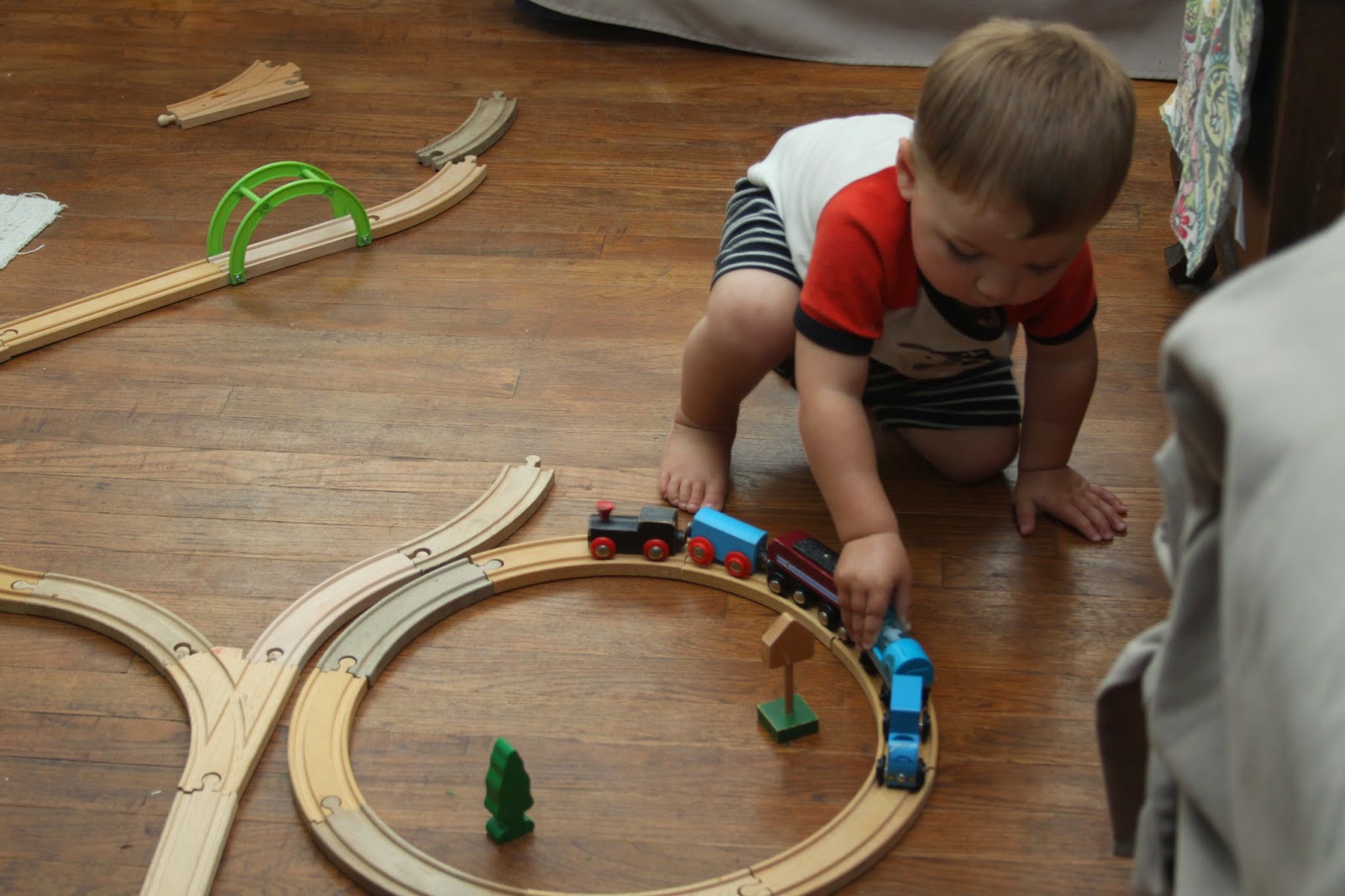 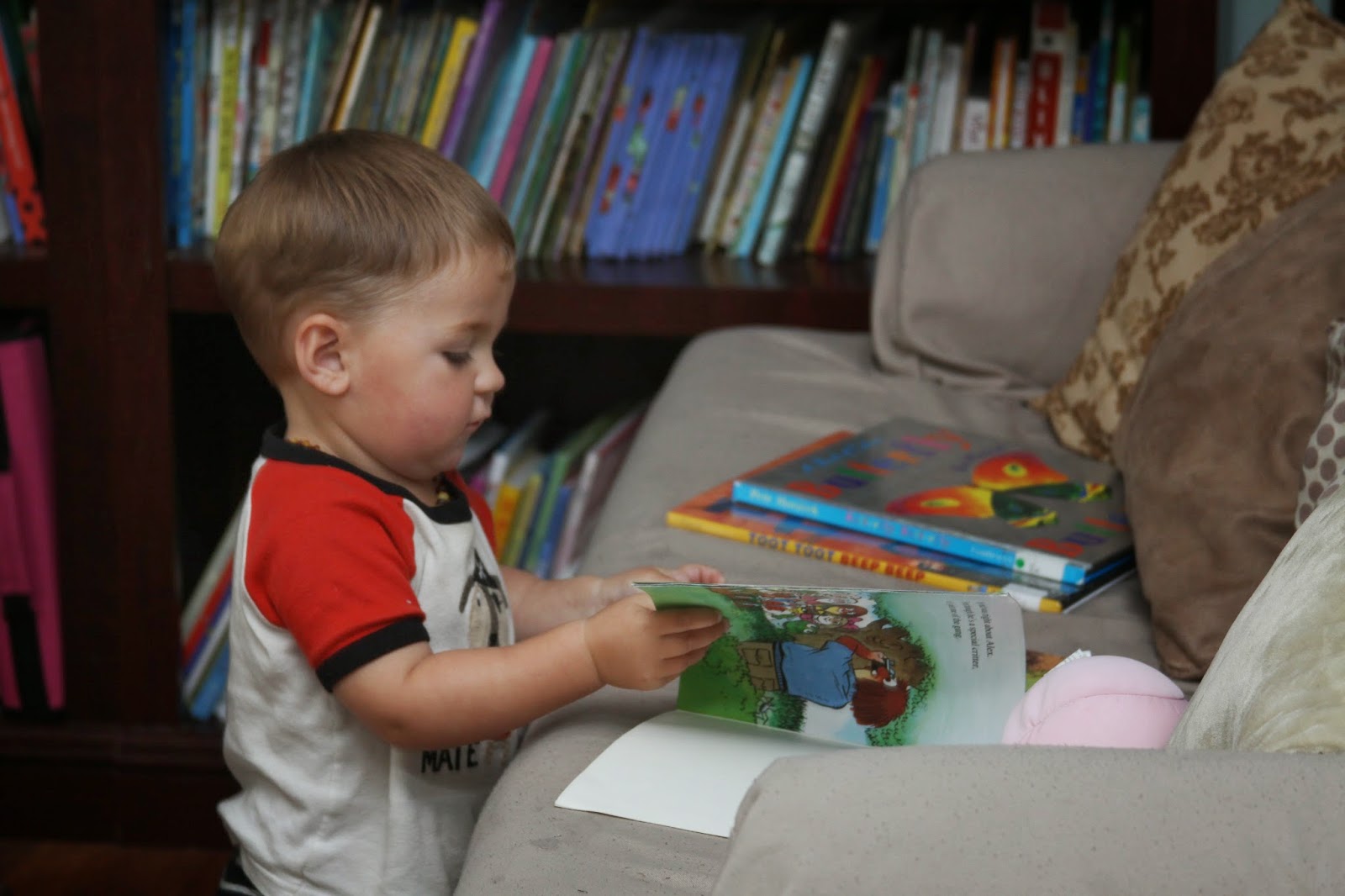 And read by himself. 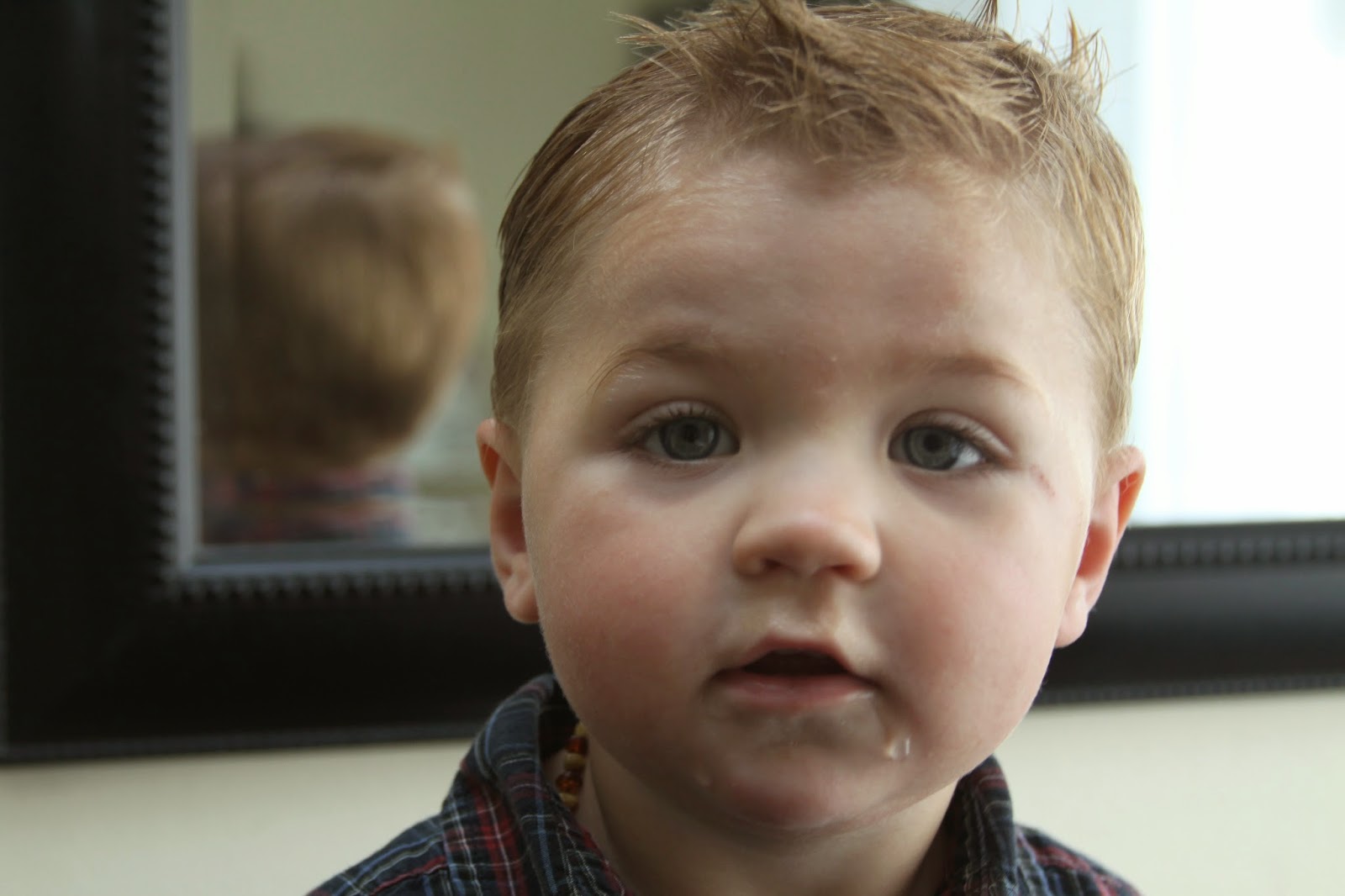 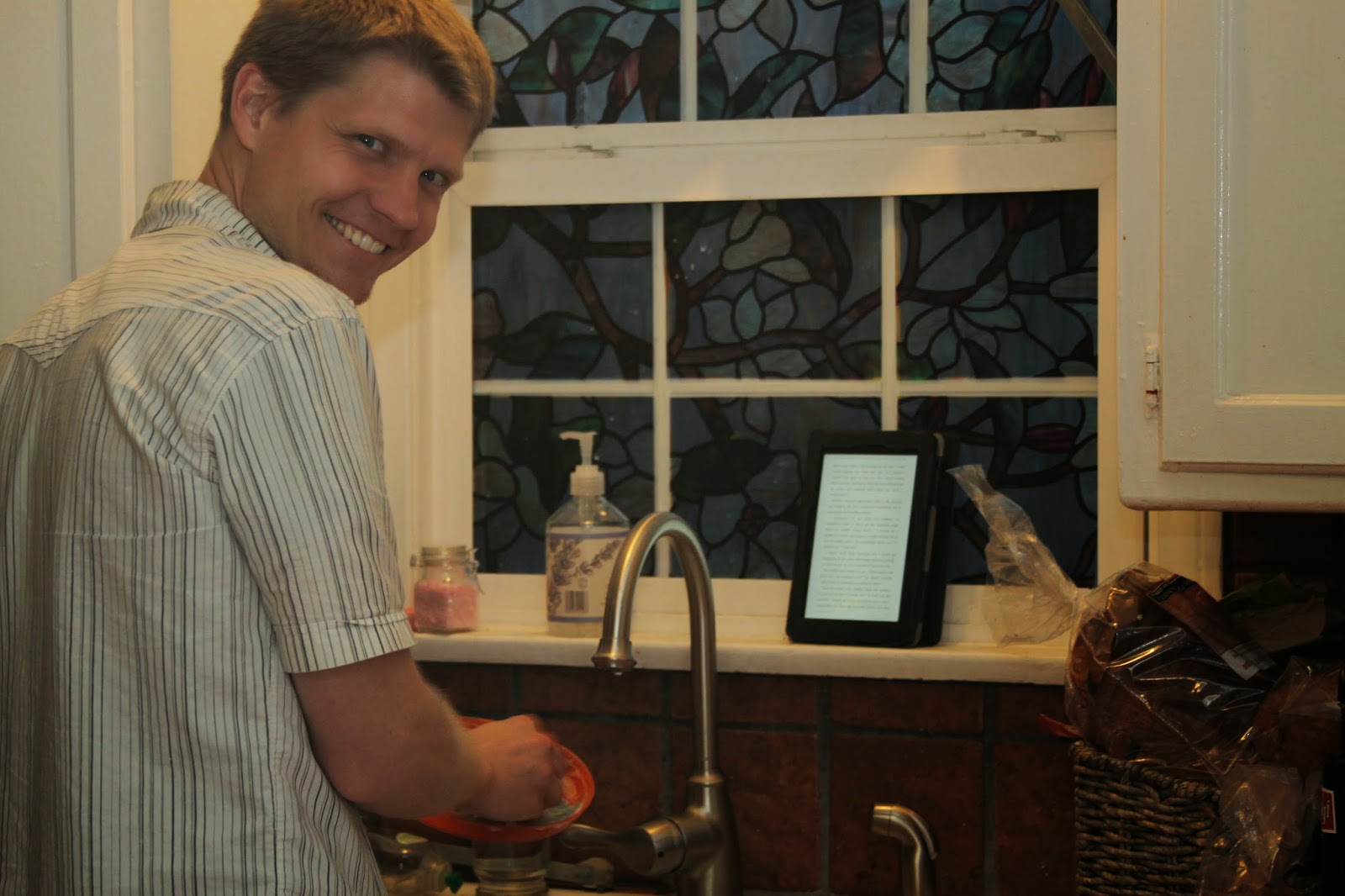 Since Steve received his kindle for Christmas he has developed a fascination with reading. He has read more books in the last 3 month than he has in the last 7 years. Saturday night I was bathing the kids and getting them ready for bed. I thought Steve was helping... so I thought. The kitchen was piled high with dishes, food was strewn all over the dinning room floor, and there were at least 2 loads of laundry waiting to be folded. And when I found Steve he had a huge smile on his face and hid his kindle behind his back. Caught! I told him I would need to confiscate his kindle if he couldn't take a break to help clean up. So he thought he would be sneaky and read and wash the dishes at the same time. And yes it took a long time to wash all those dishes. (No, we don't have a dishwasher.)

[Edit from Steven: I really don't think it took me a long time at all to wash those dishes.  I was just multitasking... And I haven't quite read as many books in the last 3 months compared to the whole time we've been married.  Ask me after I've read another 4 books.] 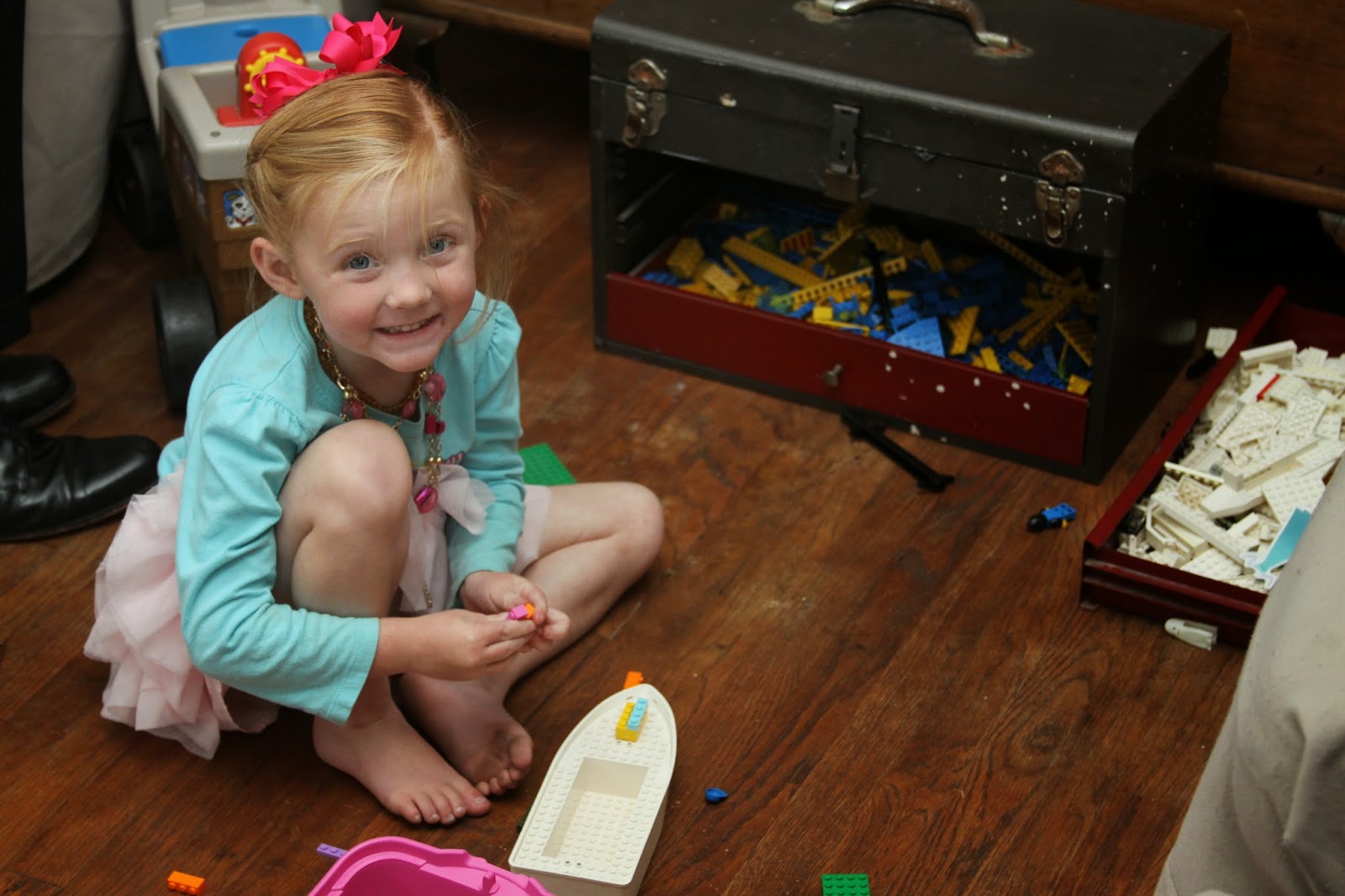 Yesterday Steve brought out his Legos from the garage and played with the kids.  Today after Church was a continuation of Lego building with Steve. 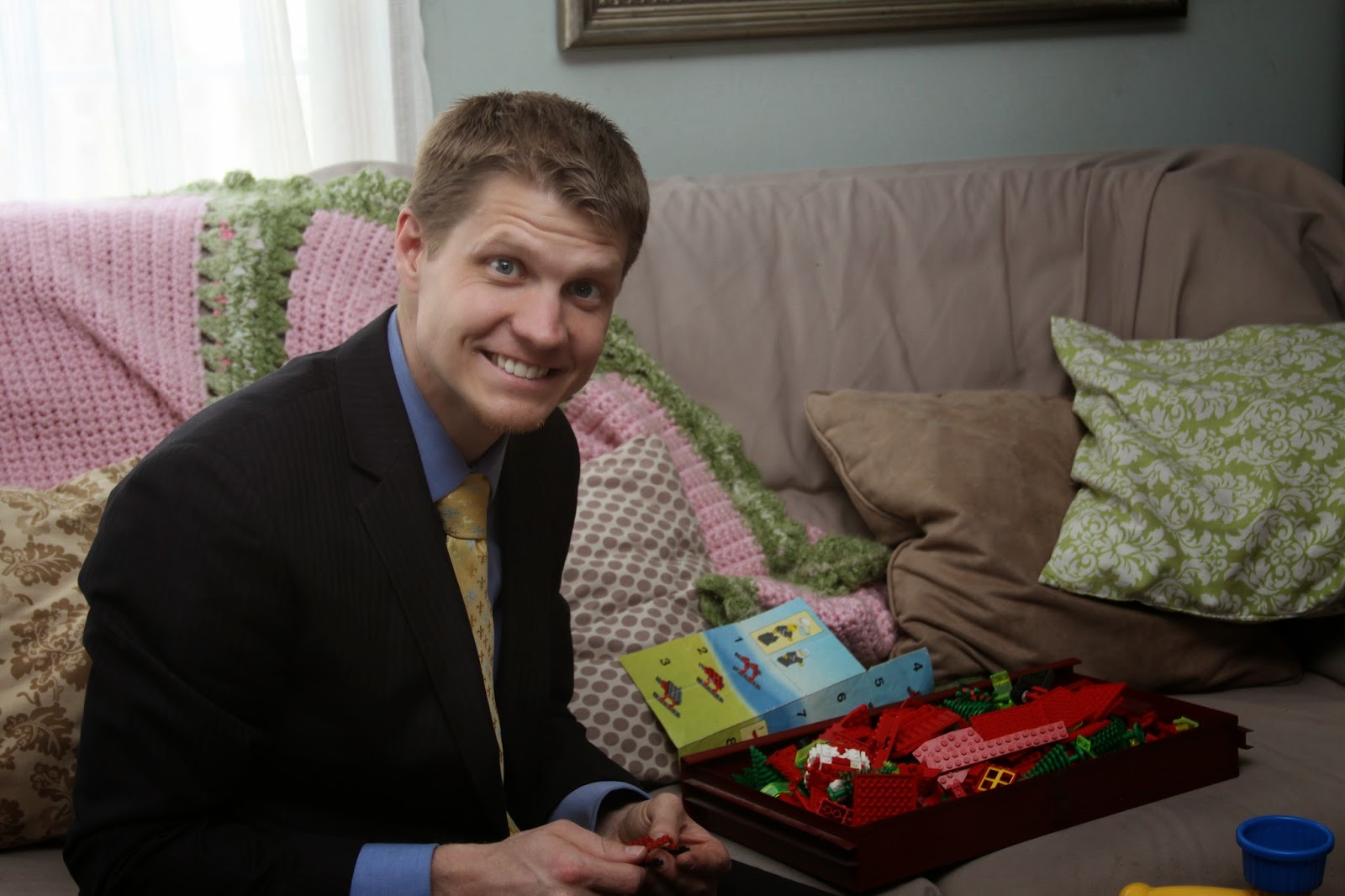 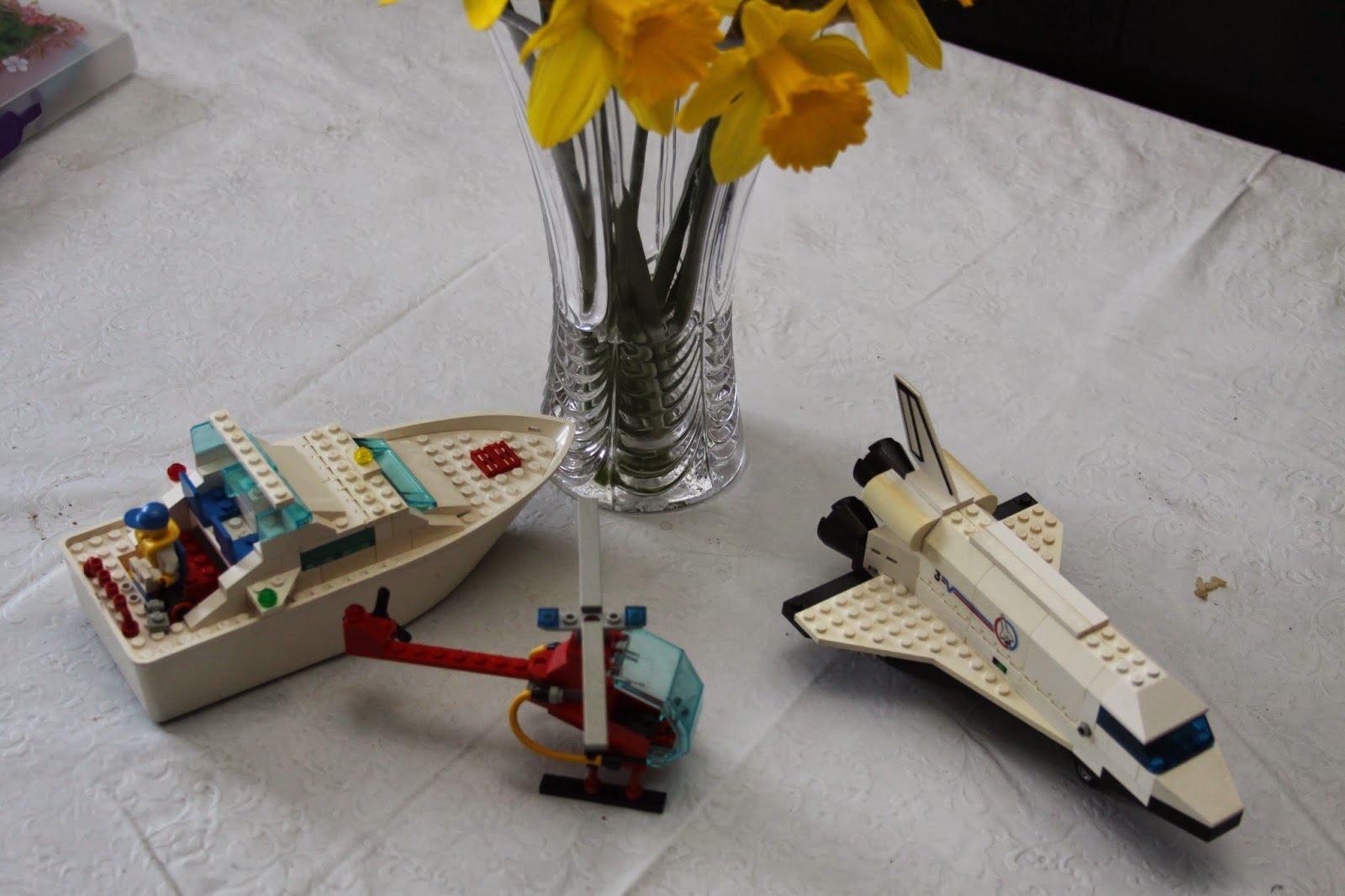 They made a helicopter, a boat, and a space shuttle. 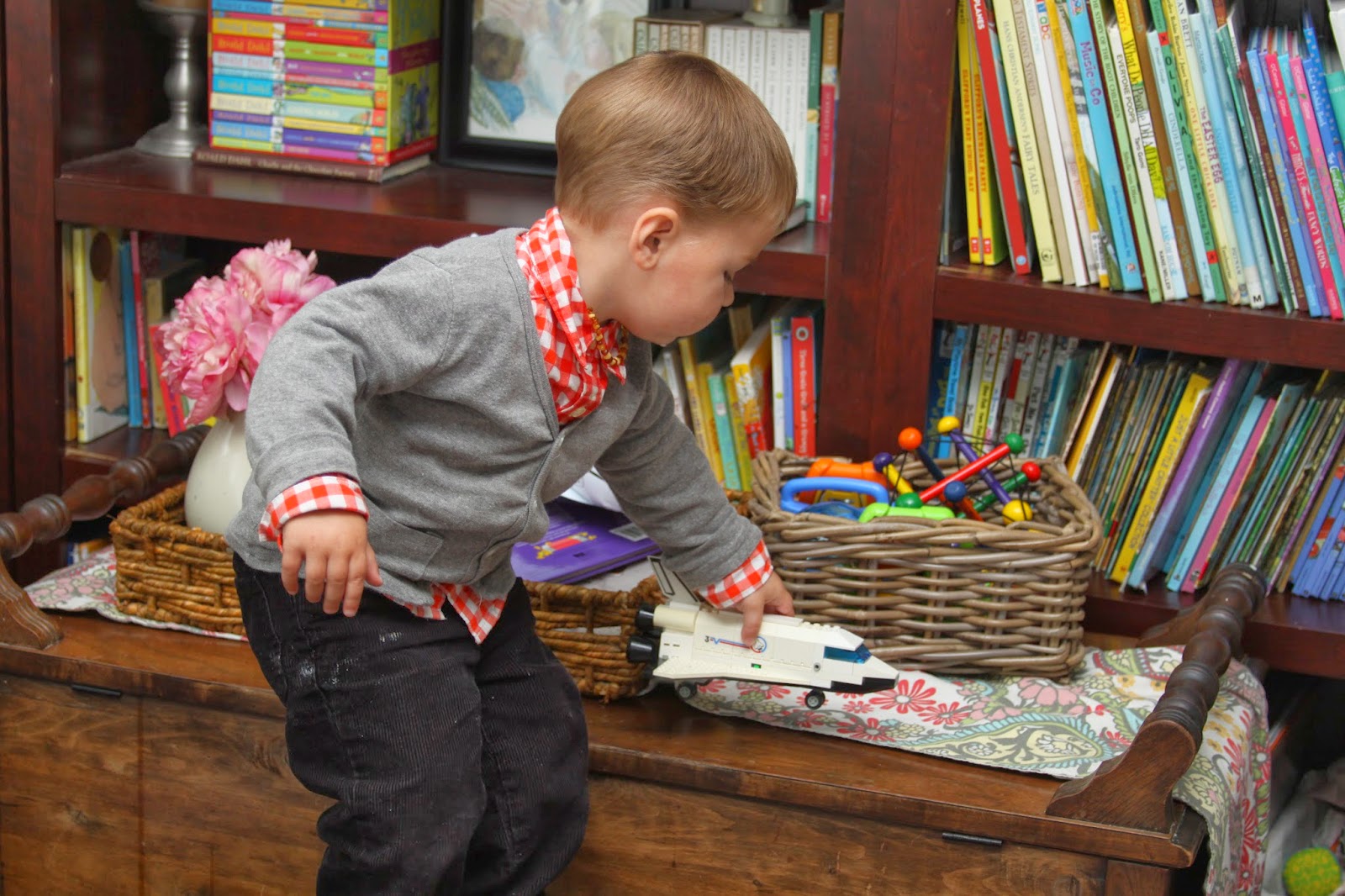 Flying the shuttle.
Posted by Steven at 4:24 PM