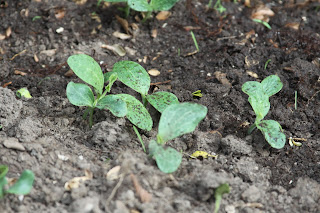 We composted our Halloween pumpkins and the seeds have spouted. 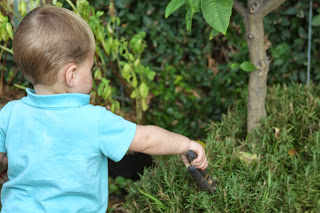 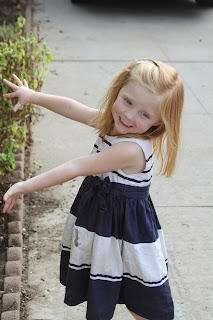 I let the kid throw a bunch of our leftover seeds in the garden. We will see if they grow or not. 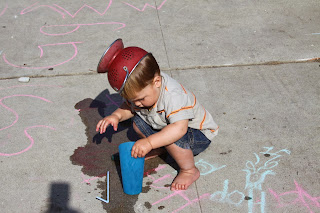 Playing with chalk and water. 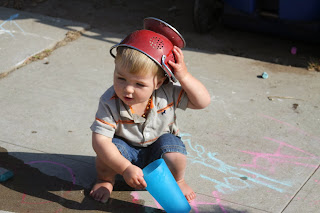 We keep the extra chalk in the little strainer, the one on his head. 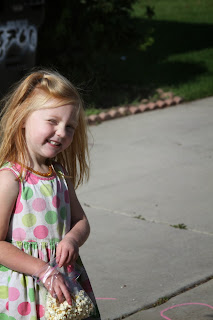 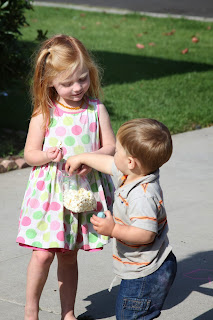 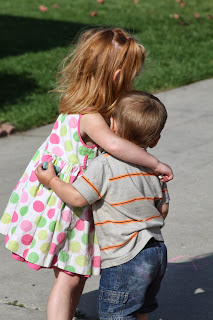 Two weeks ago a company that Steve had worked for previously contacted him and told him they had a project coming up in a few months that they wanted him to work on. A few days later they called Steve and said they wanted him a lot sooner. "How soon?" he asked. They said if he walked in the door the next day they'd hire him right then and there. This job was something new, fresh and exciting. Steve really likes the people he would be working with. Better paying. Steve would also get more experience doing the kind of animation he wants to do, making him more valuable long-term.

Everything about this job is great except for one thing. It involves 100+ mile commute every day. When Steve worked for them before that translated to a 1 1/2 hour - 2 hour drive just to get to work. He is going to carpool so we don't go broke paying for a new tank of gas every other day. Steve is really excited; he accepted the offer. It really is a good opportunity for Steve, but it literally kills me that he is going to be gone at the crack of dawn and the earliest I can expect him home is around 9:00 at night... when I am ready to collapse in my bed from exhaustion. So sad, no more bedtime stories for the little ones.

Steve is slated to start Monday. He could not start this week because he has Church meetings/visits tonight, tomorrow night, the next night, and yes even Friday night. Steve and I are going to try to negotiate a schedule for the weekends. I understand that Steve will have to schedule a bunch of his meetings on the weekends (I never said I liked it). Steve is very aware that I  hate competing for his time and attention.   There has to be a middle ground in there somewhere. Either way it is going to make for a long year. Then again it is better to have some job, instead of no job right?
Posted by Steven at 1:03 PM