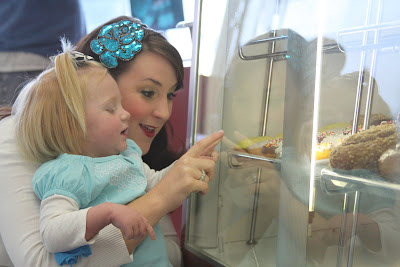 Last year on Hailey's first birthday we started the yearly tradition of going out for a birthday donut. 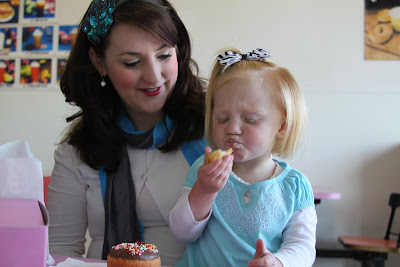 She has just discovered this tasty donut hole is deficient in sprinkles! What an outrage! 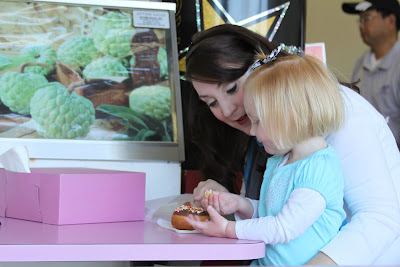 This is a much needed improvement! 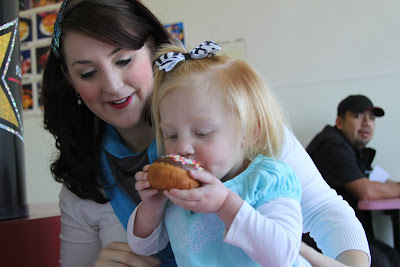 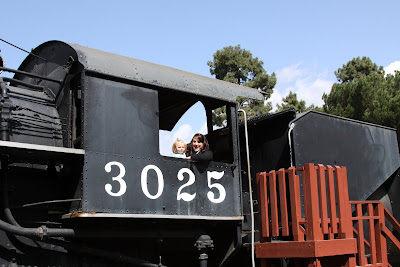 Then we hit up the train museum at Griffith Park. 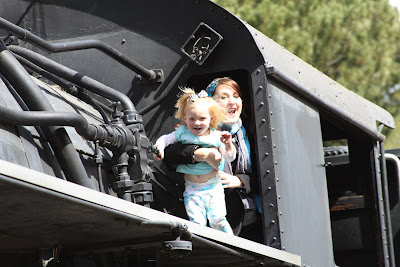 She was thrilled to climb on something new and exciting. 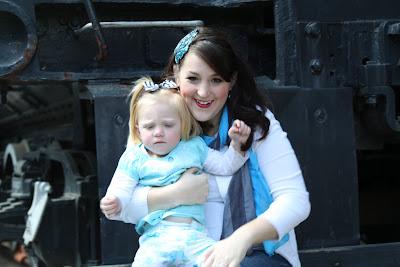 She was interested in running around and not sitting still for pictures. 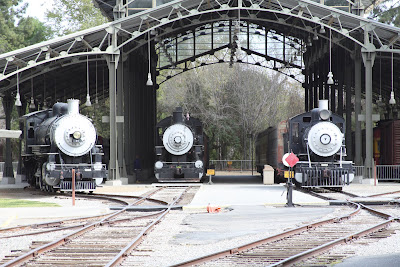 They have so many old trains there! 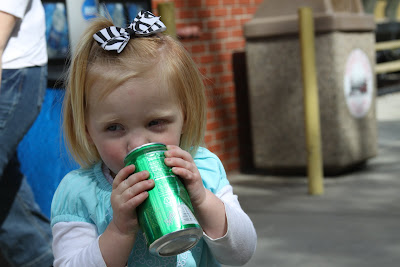 In our house I only buy soda on holidays and special occasions. Hailey was pretty excited to learn how to use a vending machine and get her own can of Sprite. 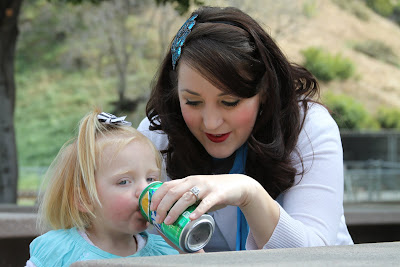 She called it "juice," but then again, she calls milk and water "juice" as well. 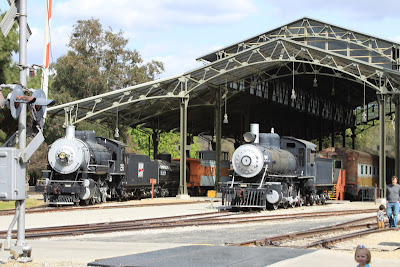 More trains to climb on! 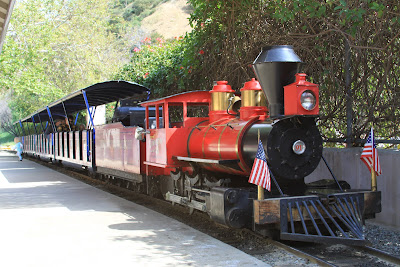 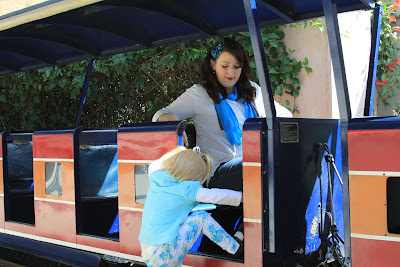 She had to test out several seats before she settled on the perfect one. 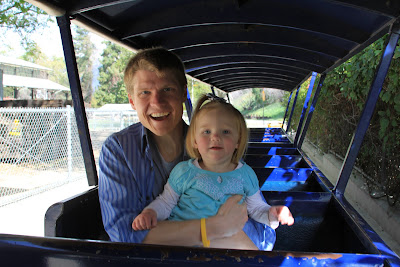 Hailey tried to jump out of the moving train several times so she had to be held. 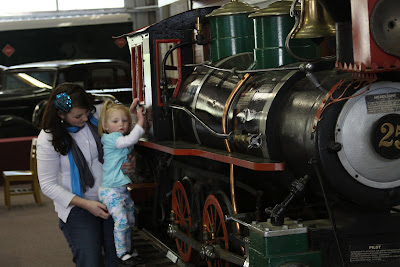 She's such a climber. 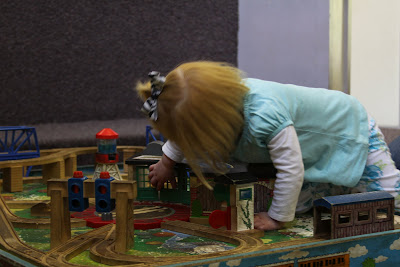 She was pretty excited to play with the train set they had out. 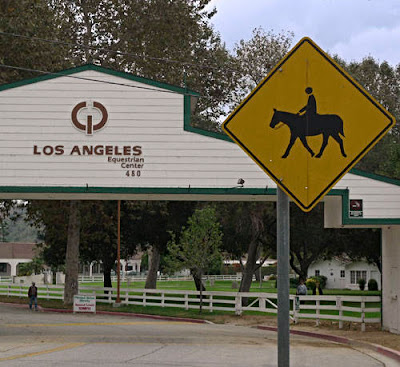 We had lunch right next to the Equestrian Center. We wandered in and walked through stalls and stalls of horses and miniature horses. Not sure if we were allowed to wander around like that, but no one asked us to leave. Hailey was scared of the horses at first. People were very friendly and let Hailey pet and sit on their horses. It was recommended to not let her get too close to their faces because some horses like to bite little hands... they mistake them for carrots. We did see some horses biting each other and it looked like it hurt. Hailey started saying "horsie" like crazy while we were there. 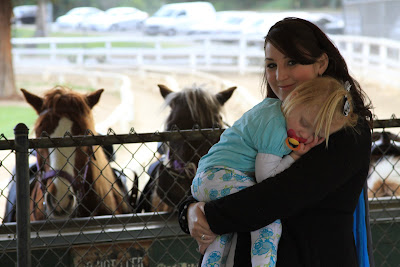 After we left the Equestrian Center we went to take Hailey on a pony ride at another spot in Griffith Park, but she was to tired. 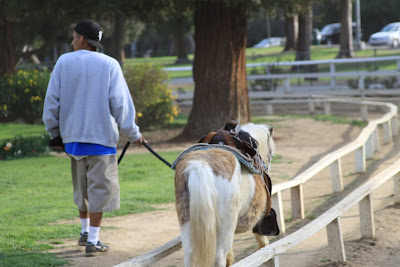 Maybe next time she can ride a pony and the carousel.
Posted by The McClellan Clan at 5:56 PM