We decided to stay home for dinner and avoid the hoards of people out in restaurants. 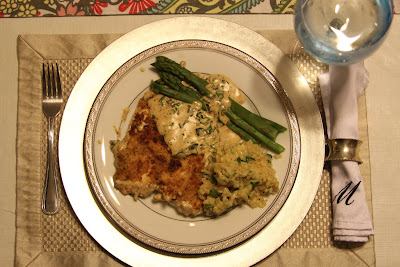 For dinner we had steamed asparagus, homemade herb risotto, and chicken in fresh basil cream. 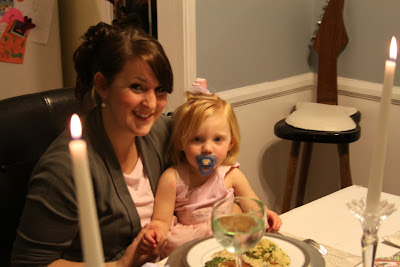 Two seconds after this picture was taken Hailey jumped up and wanted to blow out the candles. She just wanted to remind us we were eating with a toddler and not by ourselves. 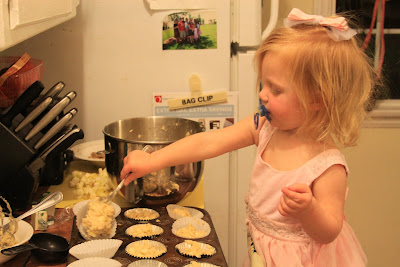 Hailey and Steve made apple stresuel muffins using apples from our tree. 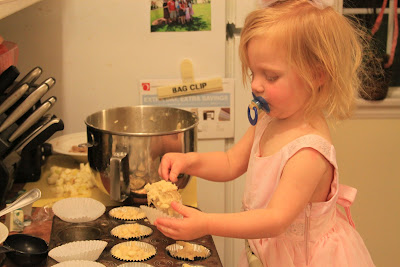 She really really likes to help in the kitchen. Yesterday she was very insistent on helping Steve flip the french toast and stirring the strawberry syrup we made. 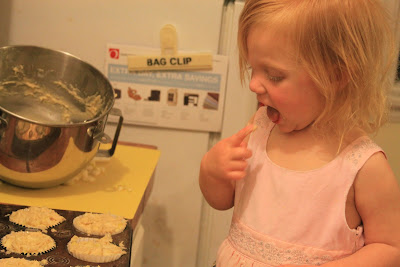 We don't have room to have a pretend play kitchen for her so she is getting real mini-sized cooking utensils and dishes for her birthday. She is also getting a darling ruffled apron that she is probably never going to want to take off. 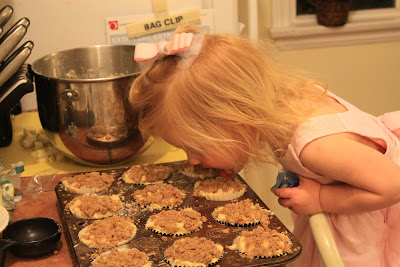 She learned this trick from Pierre dog. A few weeks ago we went to a birthday party where the cake was close to the ground because it was on a toddler-sized table. Of course Hailey walked right into the cake and walked around the party wearing the whole front side of the cake. Then she proceeded to lick frosting off corners of the cake (just like in this picture) multiple times, except there were tons of other parents standing around staring in disbelief. I was too embarrassed to stop her so I just pretended that I wasn't her mother. Steve didn't try to stop her either. Thank heavens Nana is coming next week with her birthday cake! Hailey can hardly wait.... Nana don't forget she loves frosting! Even though she has a limited vocabulary, she does know how to say "cake". 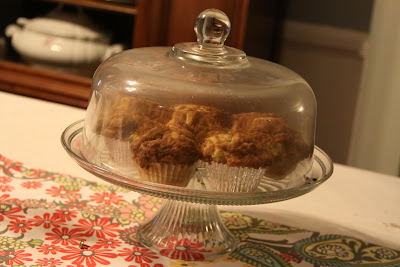 These muffins were super moist! 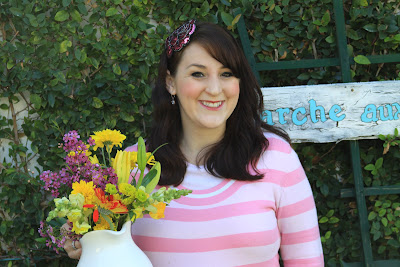 This morning I asked Steve if Hailey and I were getting flowers. He dodged the question and just said, "Happy Valentines Day!" and went back to working on the computer. End of conversation. Needless to say Hailey and I both picked out our own flowers and Steve paid for them. 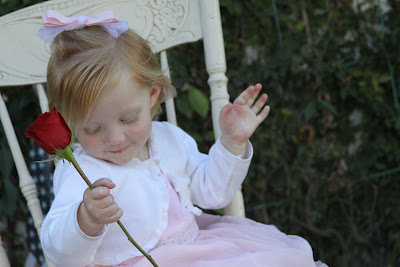 Look at that face; she's so coy sometimes.
Steve did her hair today. He did a great job! 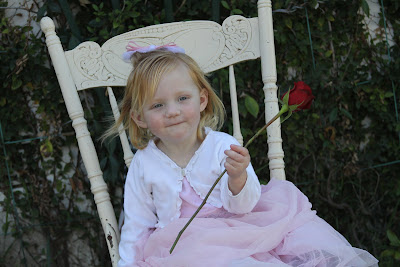 She did not want to be forgotten on Valentines Day. 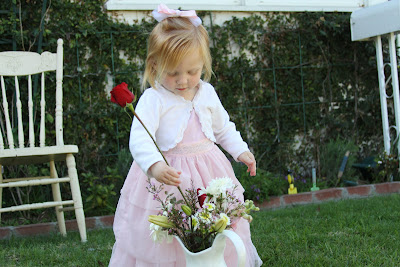 Hailey helped arrange her own flowers in her pitcher vase. 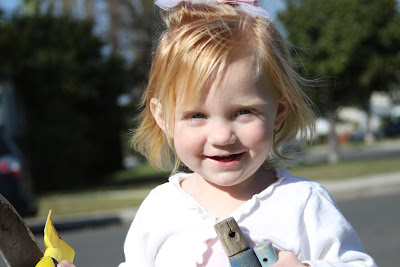 Busy working in the dirt. 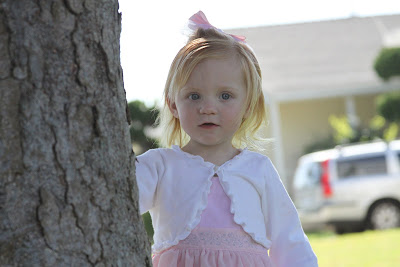 She has a fascination with picking at things: bark on trees, chipped paint, and scabs (or if you have a lot of moles on your skin, she assumes they are scabs... poor Steve!) 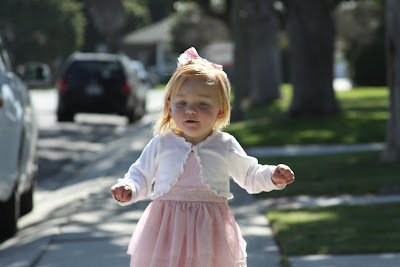 She is on the Hailey Hunt to chase away all the crows that live in these trees. 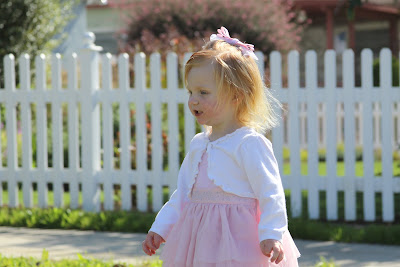 She loves to run around and sit on the porches of other people's homes. Many have opened their front doors only to find a little Hailey girl there. 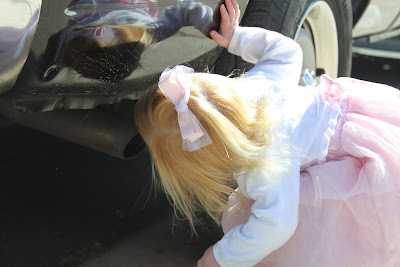 Looking for a kitty....she knows that sometimes they hide under cars.
Posted by The McClellan Clan at 7:30 PM