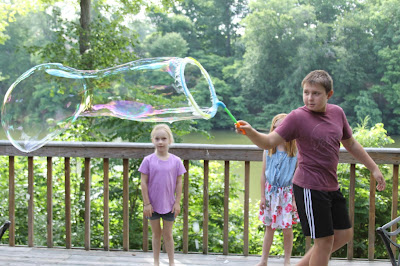 Making giant bubbles on the balcony. 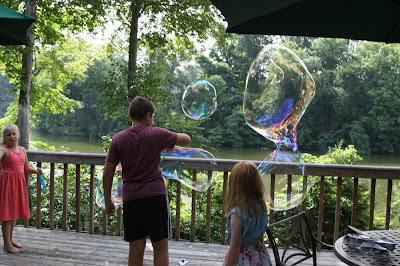 It's nice, if a bit hot and humid, outside. 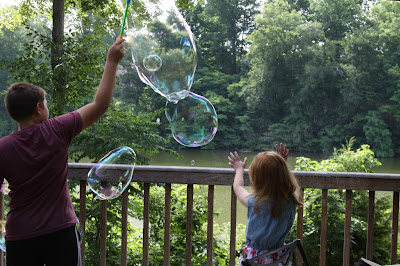 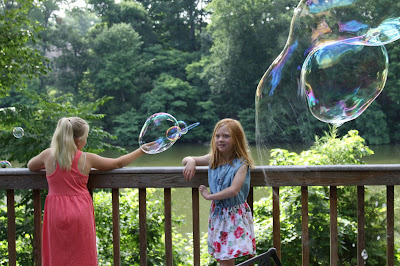 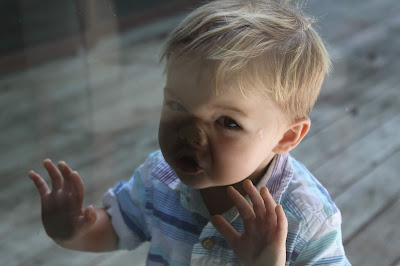 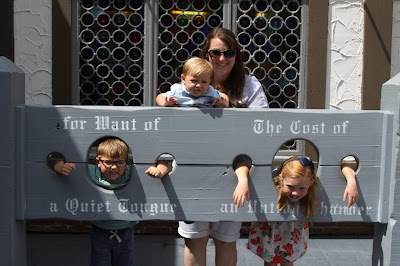 So today we left Papa Dude at the resort and the rest of us went to Busch Gardens. 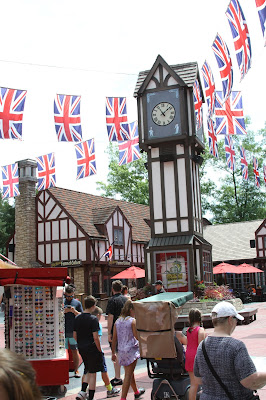 Once we got inside we were nearly surrounded by bees. No joke. There were swarms of bees wherever we went. 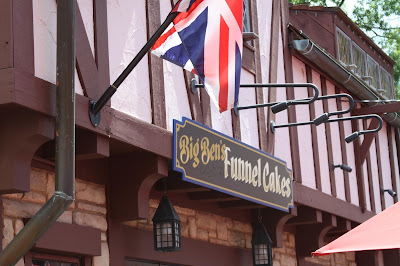 We ducked into a shop or two and they followed us inside. 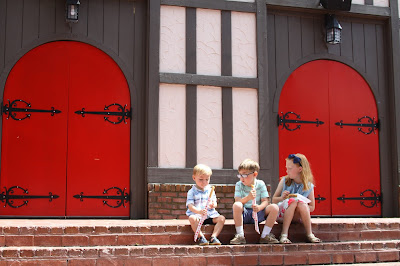 As we pushed further into the park we caught moments of peace before more bees found us. 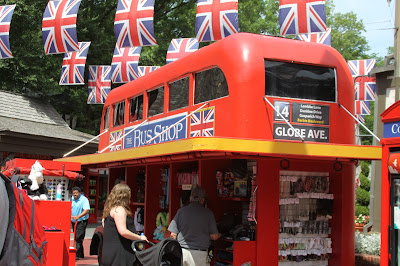 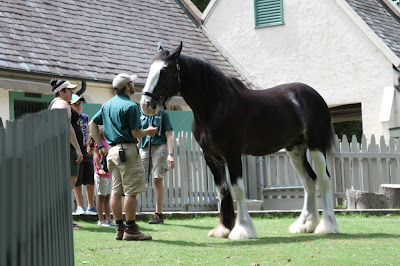 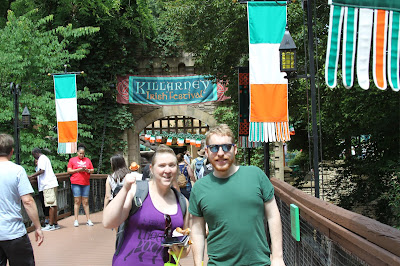 Off to Ireland we go. 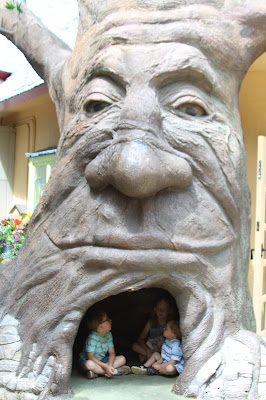 The kids hid inside this tree to escape more bees that found us. 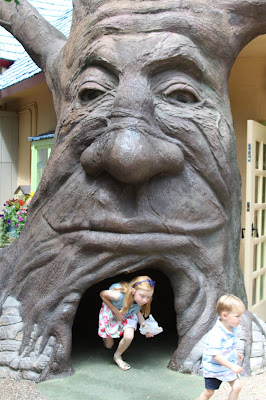 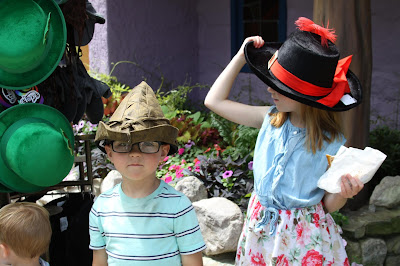 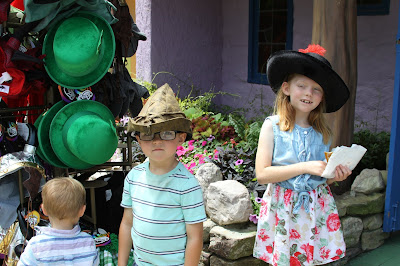 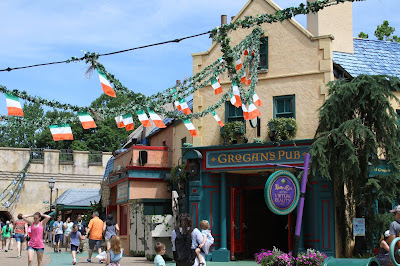 Greg's family was the first to get to Busch Gardens. So while they were coming to meet up, Steve took Evan and Hailey onto a ride with Lynda, Jennifer, and Rob. 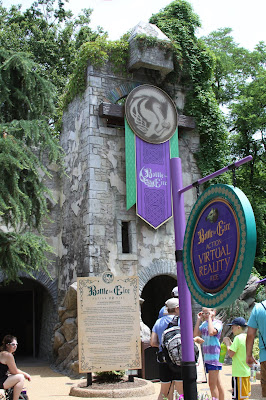 I waited with James when more bees found us. One flew into his eye and another stung him on the arm. He screamed and screamed. And where were the others? I was ready to head back to the resort. 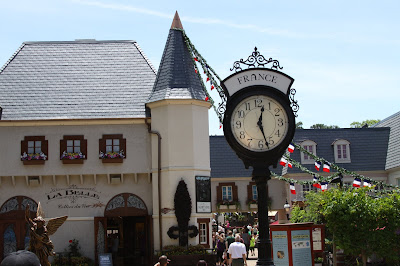 James had calmed down by the time Steve came off the ride and Greg's family found us. He wanted to tell everyone about the bee stinging his arm. I'll let the kids play a little bit longer but I'm seriously ready to leave. 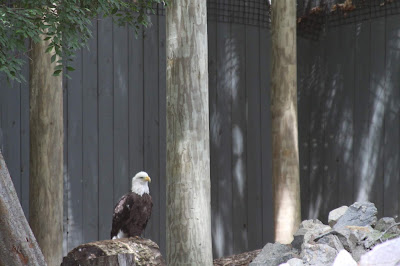 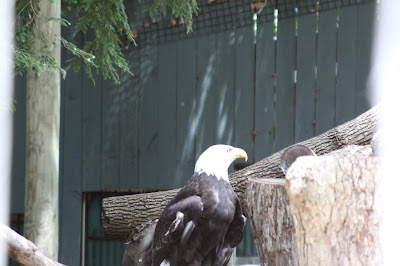 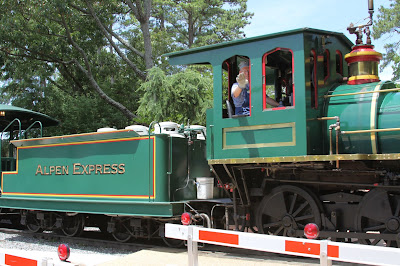 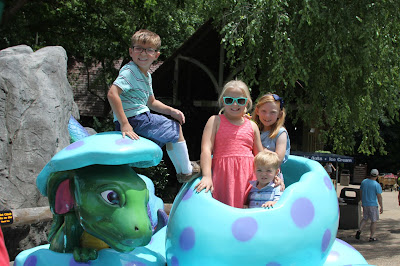 We let the kids go ahead with their cousins while we lagged behind and had some food with Greg. 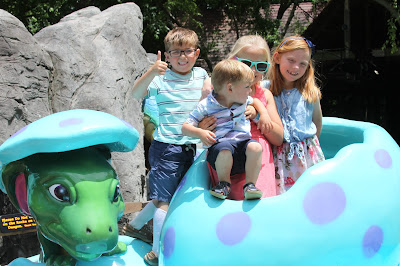 Soon after we caught up Annie was ready to take her kids back to the resort, and our kids wanted to swim at the pool. Great! Let's go. 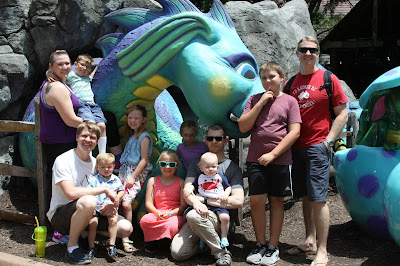 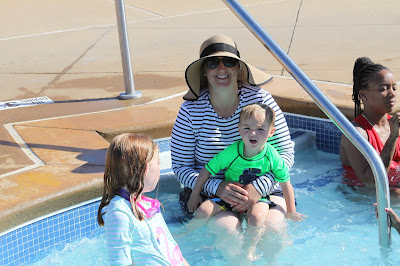 The pool was nice and shallow, had a kid slide, a jacuzzi, and a lazy river. 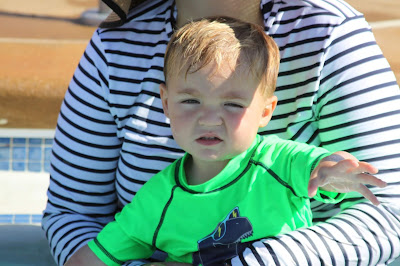 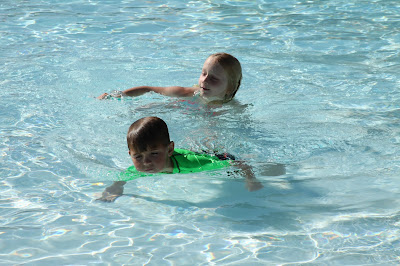 At bedtime tonight we had a scare. Baby Allen was being changed when he stopped breathing and shook like he was having a seizure. Annie looked him over right away and he was breathing again, although a little blue. Steve went with Jason to the nearby Emergency Room until Kelley could make it over with the group still at Busch Gardens. Steve said that Allen was still making occasional noises like he was hurting. 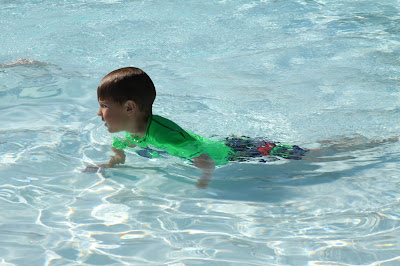 Turns out Allen caught a sudden fever and the spike in temperature caused his body to react via the seizure and loss of breathing. Scary! Jason and Kelley are keeping close tabs on his temperature and giving him regular doses of tylenol. We're glad Allen is doing better.
Posted by Steven at 8:15 PM