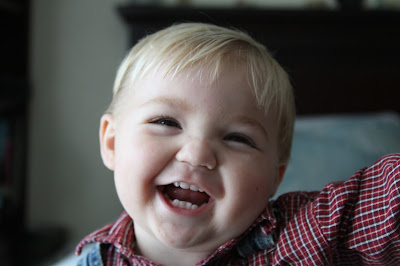 He is at such a fun age right now. 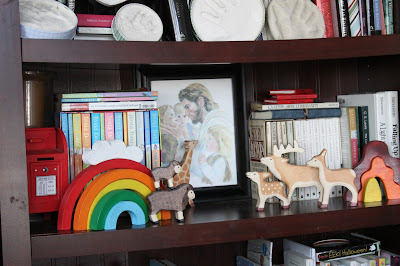 Earlier this year I picked up some Holztiger wooden animals from Germany for James. He loves to play with these and they have been great for Sacrament meeting. We keep them on a low bookshelf so he can reach them by himself. 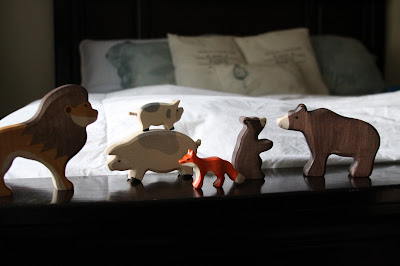 I just picked these up for him for Christmas. 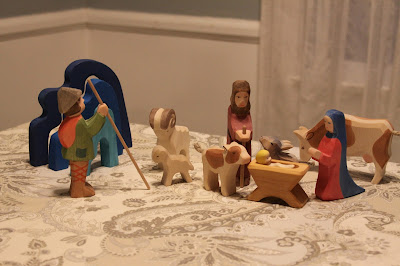 My mother-in-law Lynda is brilliant, like genius brilliant. She always has the best ideas!  She keeps her nativity out all year. I love that and told Steve several years ago I wanted to do the same thing. I have been on the hunt for a  good quality nativity set for at least 6 or 7 years. I didn't want a plastic one, but I wanted something the kids cold touch and play with.  I didn't want glass because my kids would probably break it. 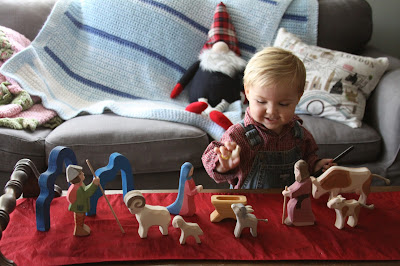 Every year I would keep coming back to this Ostheimer set. And every time I would tell Steve about it he would shake his head and tell me to keep looking. 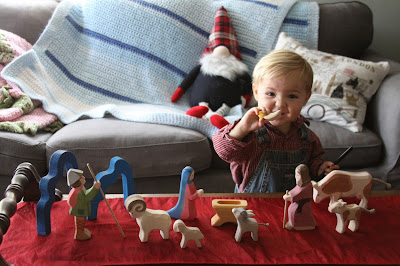 All the Ostheimer people and animals are cut out of wood by hand and hand painted, making them more expensive than some mass factory-produced set. Then they are shipped from Germany. It really is not my fault I fall in love with things only to discover that they need to be imported. 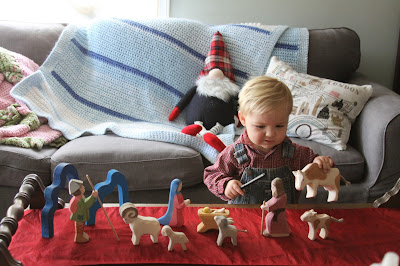 We even looked into buying this nativity second hand, and we could not find it anywhere. When I posted on a forum where I could find a used one, someone remarked that it would be very difficult to  find. People who buy things like this keep them and pass them down in the family. 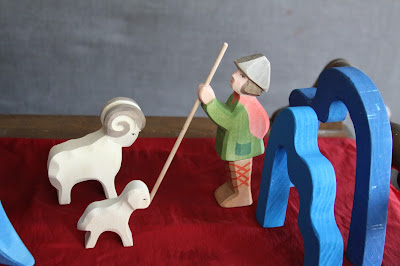 This year I told Steve I could find a different nativity set, but that I would always wish I had the Ostheimer set instead. I would rather collect pieces over time than get something that was just mediocre. 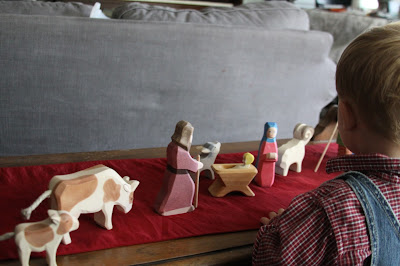 So for my 10th wedding anniversary Steve bought me Joseph, Mary, and a Christmas Saint Nicholas. 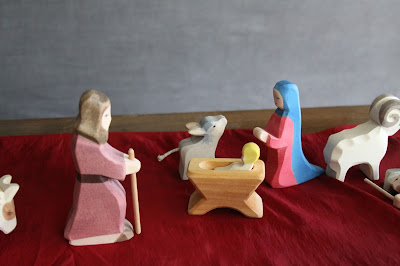 I picked up Jesus in the manger and some others since my anniversary. After all you can't have Christmas without Jesus... that wouldn't be very nice. Hopefully by next year we will acquire some wise men, more shepherds and animals. In the meantime I love watching the kids play with these and take turns telling the story of Jesus. 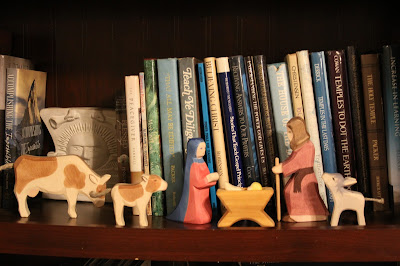 Here is a fascinating clip to see how these are made:
https://www.youtube.com/watch?v=tXiIZAFJAUE&t=89s
It is crazy how much work it takes to make one figure.

Ostheimer pieces can be purchased from:
http://thewoodenwagon.com
https://www.bellalunatoys.com/
Posted by The McClellan Clan at 12:17 PM