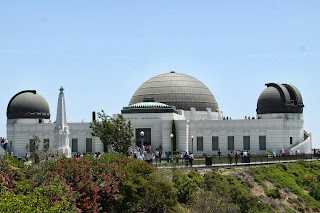 Today we took the kids to the Griffith Park Observatory. 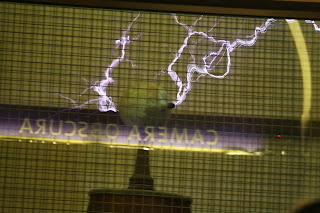 There are so many cool things to see there, like this Tesla coil demonstration. 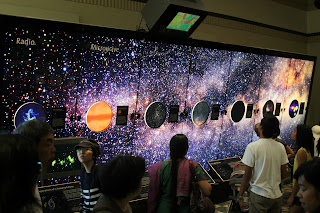 The inside is just packed with displays 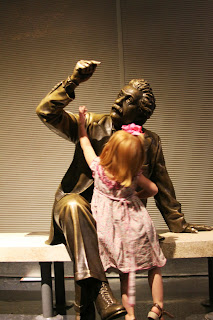 But once Hailey saw this statue of Albert Einstein she wasn't interested in anything else. 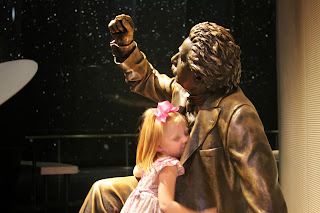 Hailey tried to monopolize on the statue, even when other people wanted to take their picture with Einstein. 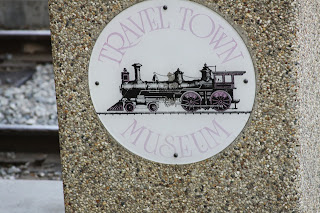 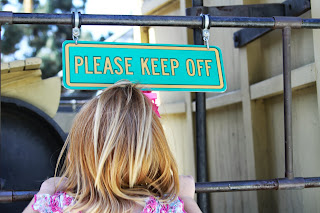 Some of the things I don't like are that the characters are mean; they seek revenge on each other. They bully other trains and harbor hateful feelings. There seems to be a lack of morals. For example in one episode the mean train gets thrown in a ditch. The other trains pick on him, laugh at him, then then show ends... yea just like that. No one helps, no apologies for being mean... the story just ends. And this is geared towards young children who are still learning what constitutes good behavior and how to act. 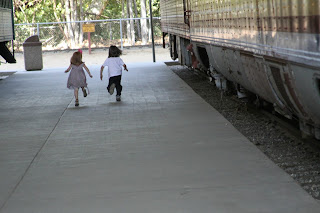 I watched a few episodes on Netflex and didn't like any of them. In one, Thomas makes a mistake. Thomas feels terrible, says he is sorry, but the other trains keep reminding him of all the mistakes he has made for 20 minutes. Instead of  accepting his apology and letting him move on the show ends with Thomas feeling terrible like a loser. Really? 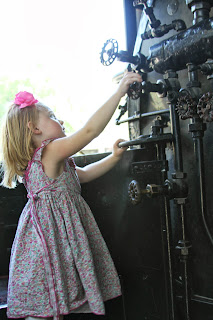 In another episode Thomas is racing another engine and there is an entire song about how important it is to be number one and only number one. You may as well not try if you're not going to be number one. Way to teach bad sportsmanship. I never finished that episode. 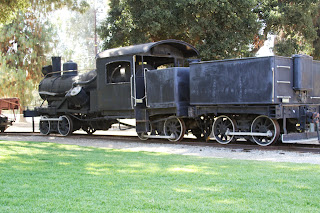 I have leafed through and read some of the original older stories but I don't want to have to do damage control when my kids learn bad behaviors from them. (Heard complaints from other parents.) More trouble than it is worth. 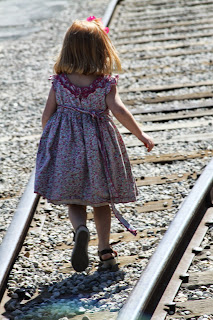 And no, I don't think terrible things about people who love Thomas. To each his own. Hailey really wants  to play  with trains. Try explaining to a 3 year old that Christmas is 6+ months away...and her birthday is even farther away....oh, the drama and tears that follow. If you have never been to travel town you should come....because it is fantastic.  We brought Hailey here for her 2nd birthday and that's is when I decided that sometime in the future we would need a wooden train set.
Posted by Steven at 7:01 PM