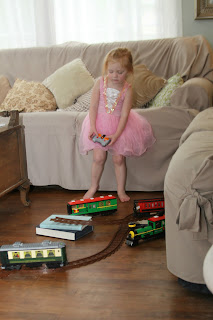 Though all the Christmas stuff got packed up, we still have the Christmas trains inside. The kids and Steve never get tired of the excitement. 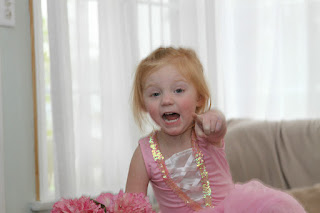 Realized the batteries are dead = NO more trains. 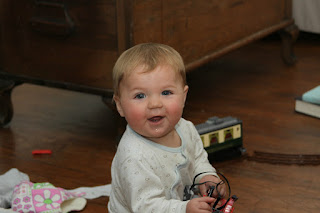 Hailey finally went to sleep and Evan was got free range of the trains. 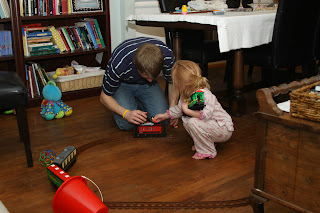 The only problem with the kids loving the Lego trains is that there are tons of small pieces, I am  paranoid that Evan is going to choke on them. Eventually I would like to get a wooden train set that the kids can play with it, where I don't have to supervise them all the time. 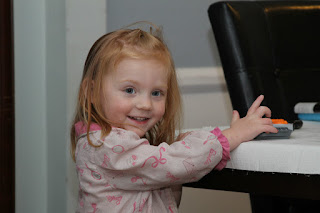 Hailey is pretty good at working the remote by herself. 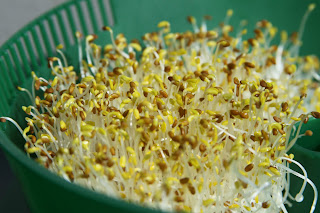 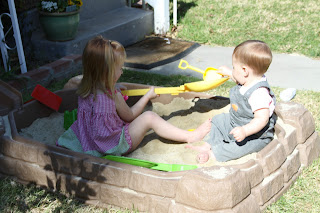 I am not sure who likes the sandbox more. 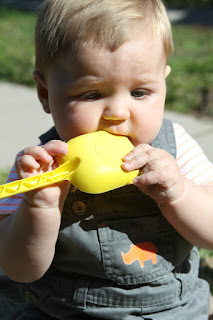 He just wants to play with Hailey. She's is bossy, I mean opinionated, on who is allowed to use certain colored shovels and toys. 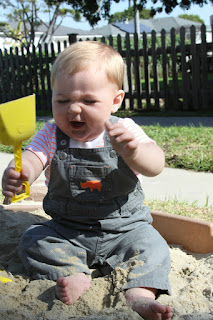 I have to watch him like a hawk. I would rather him chew on that shovel than eat sand. Take your pick. 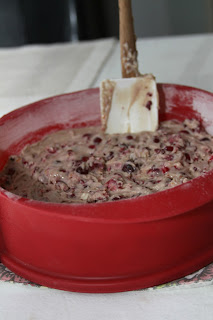 We made sugar cookies over the weekend so we decided to make orange cranberry bread to eat for  breakfast on Valentine's morning. Hailey was pretty excited to decorate it. 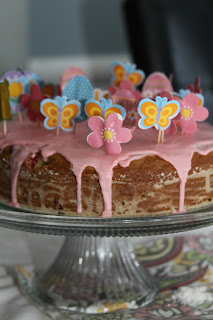 We are staying home tomorrow night. Most likely a nice dinner and a movie. I don't care to go out on Valentine's Day because everyone else goes out and I don't want to wait hours and hours to get my food. Instead of having tons of treats everyone gets a little gift and a few treats. After thinking about last year I did Steve a favor and wrapped my Valentine gift from him. He doesn't even know he got my anything yet. Don't worry I know how to act surprised... and I already know I will like it since I paid for it.