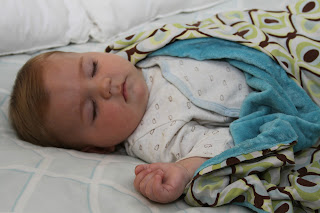 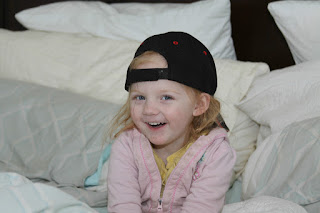 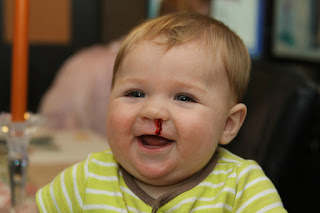 Evan learned how to pull himself up into a standing postion while hanging out in the laundry basket. While he was showing off he tipped over and got a bloody nose.... pretty pleased with himself. 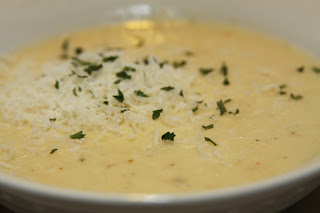 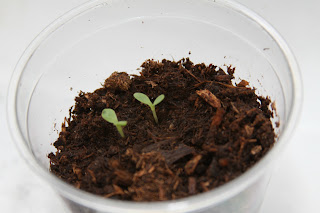 After about 10 days our little seeds started to sprout. 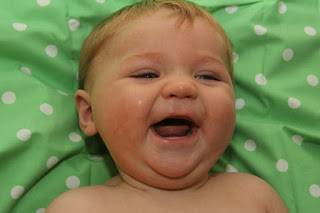 Laughing at his own jokes. This baby cracks himself up! 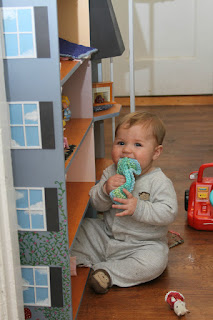 HA, Finally Hailey is not around.... and he can get into all the fun stuff. 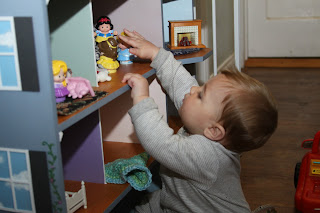 He can reach up to the third shelf. 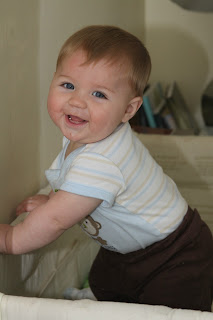 Now that Evan can pull himself into a standing postion we decided to set up the bunk beds. Once Hailey gets transitioned to the bunk beds he can move into the crib. 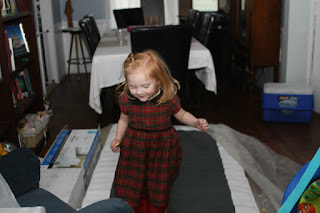 Jumping on the new mattresses.
. 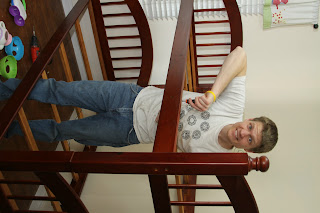 If you are going to put up one bed you may as well do the other at the same time. 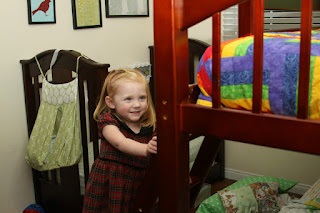 Yep, fallen off the ladder a few times already. 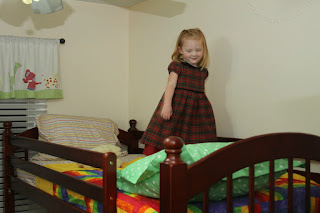 The bed is so much fun to play in and build forts in. We were hoping the transition from crib to bed would be easy. The first night she screamed for 1 1/2 hours straight becuase she didn't want to sleep in that bed. This week she's been getting up between 3-5 times and scream bloody murder and we have to hold her down for long periods of time utill she calms down and cries herself to sleep. So traumatic.... jeez! 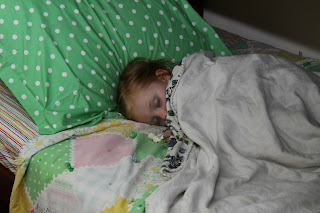 We bought some little toys and if she wakes up in her own bed she gets one... so far that hasn't been enough motivation for her yet. Right now nobody is getting alot of sleep. My visiting teacher told me it took her kids 3 weeks to adjust to bunk beds. 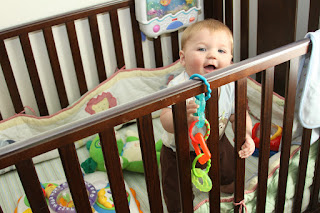 Right now we put him in the crib to play and take naps during the day. Not sleeping well enough to spend the night in there yet; still up several times during the night. (Extra night waking due to teething; my poor kids have no pain tolerance, they must get that from me.) 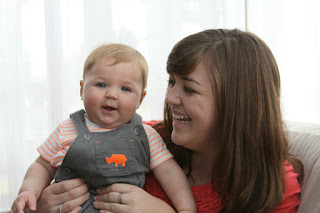 Gillian made it home from BYU to hear Kendra's farewell talk in church. The kids were thrilled to see her. 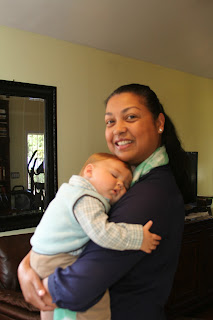 We were glad that Judy and the Cammster graced us with their presence for lunch after Church. 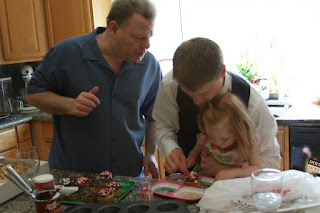 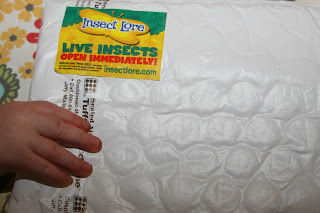 Our ladybug larvae finally showed up. 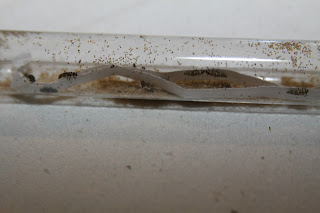 They came in a test tube. We started with 11 and now have 3 left that are still alive. 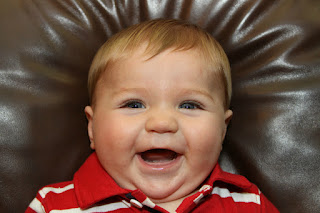 Such a contagious smile. Little Evan is now mobile and has started to crawl. Sometimes he gets stuck because his legs are so chubby he can't get them in the right spot.
Posted by Steven at 8:27 PM