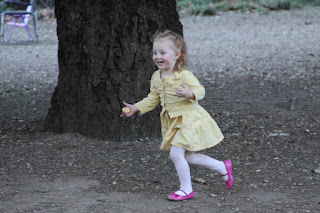 Free as a bird in her camping dress. If you haven't heard, she hates pants. Not worth the fight she puts up. 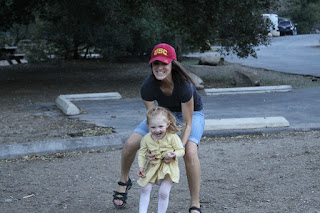 My sister Kendra wanted to go camping one last time with the family before she entered the MTC. 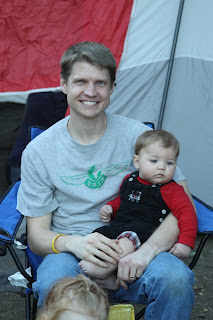 Steve had to work the next morning so he just came up for the evening and was going to go home at night. 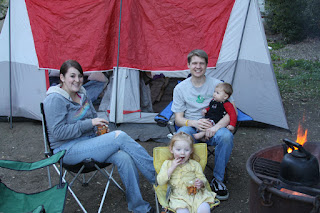 We don't own any camping equipment. We were just going to sleep in my family's tent. 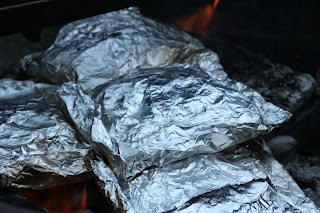 Instead of traditional tin foil dinners we had terriyaki chicken, rice, and vegetables. 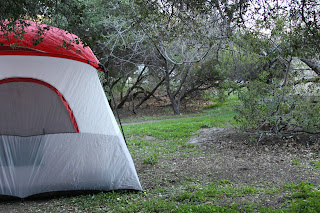 You camp in this area with trees and grass, and then across the street is the beach. 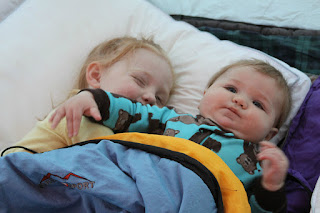 Hailey and Evan thought it was fun to play in the tent until it got dark... then it wasn't so much fun. 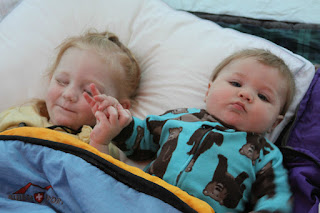 I was somewhat hesitant to come and stay without Steve's help. Evan, who is not a great sleeper, has started teething and is very fussy during the night. His crying wakes Hailey and before you know it you have two screamers and no one gets any sleep. In the end we went home with Steve because I knew if I stayed with the two little ones no one within a mile radius would get any sleep. Just trying to be courteous.

Steve said the people at the campground next to us looked relieved when they saw the kids get in the car to go home. I am pretty sure they heard Hailey screaming when she smashed her hand in the car door. The had already been screaming and crying before we decided to go home. Better luck next time. 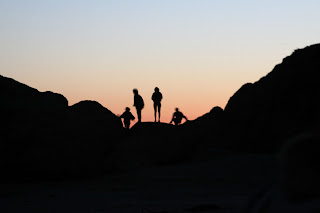 A quick walk to the beach while the sun was setting. 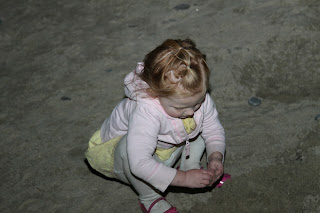 Playing in the sand in the dark. 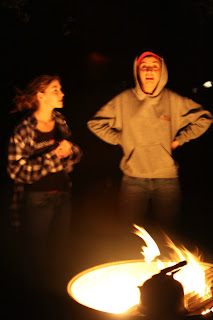 Time to get that fire going. 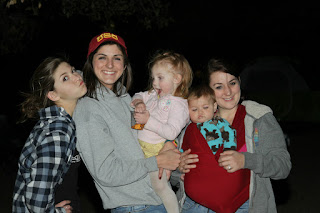 Still glad we came up for the time we did, even though we ended up going home. 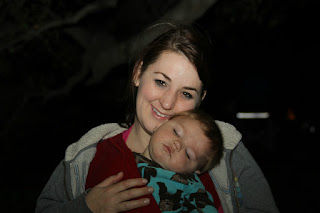 So sleepy..... must be all the fire smoke that wiped him out. 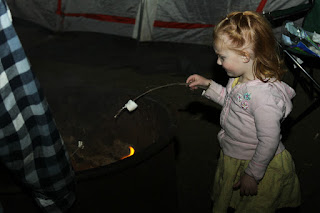 Hailey was funny - she didn't want a metal stick for her marshmallow - she found a stick on the ground she wanted to use instead.
Posted by Steven at 5:33 PM