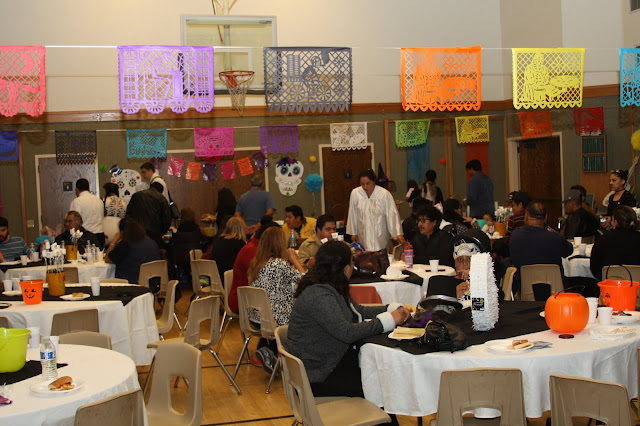 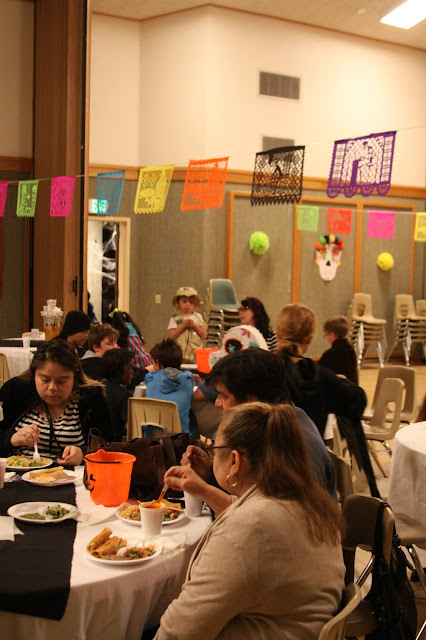 I love the cool, lacy decorations. 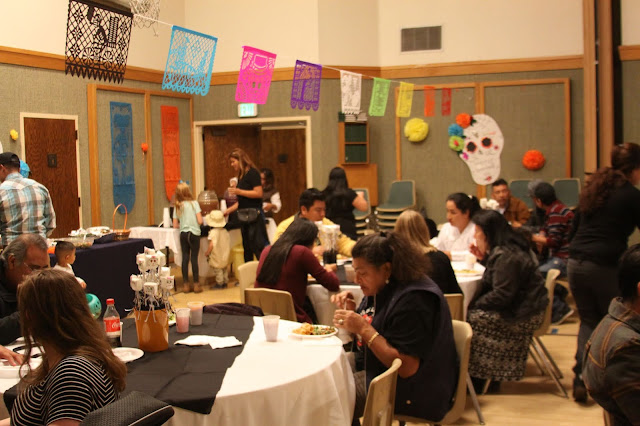 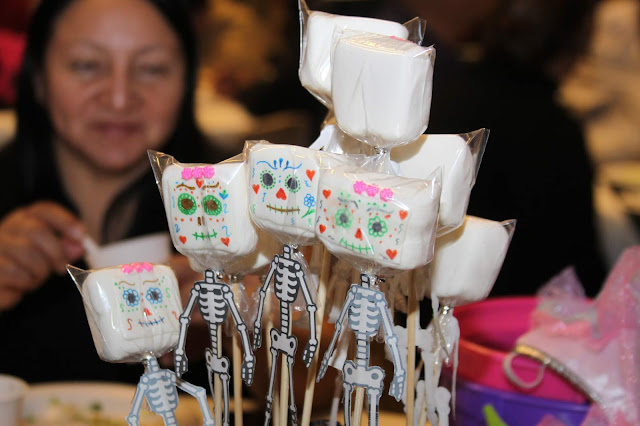 Marshmallow skeletons driven in from Mexico. 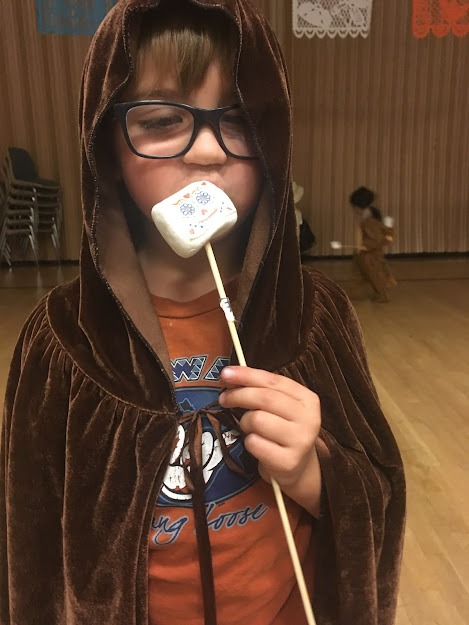 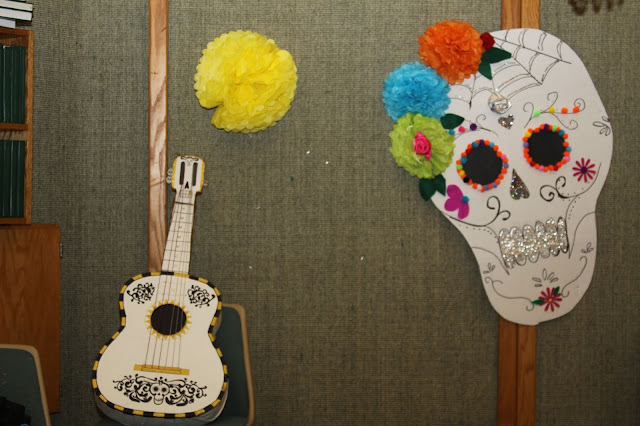 The visuals of Dia de los Muertos has such a cool style. 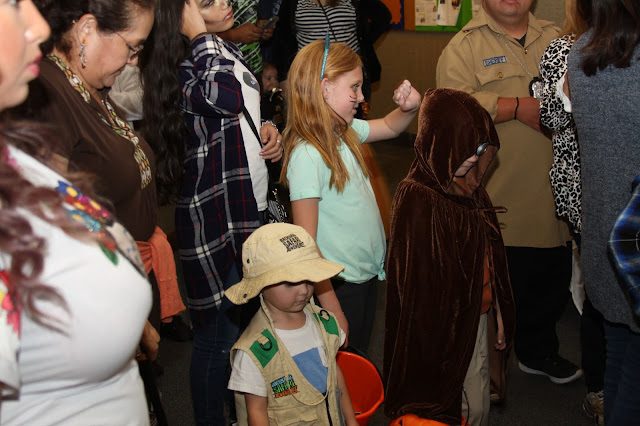 So nice to go to activities with the Spanish ward. Their tamales are so good! 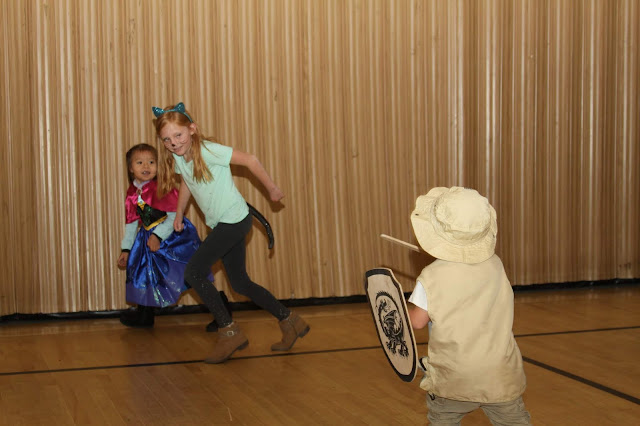 The kids ran around while we finished eating. 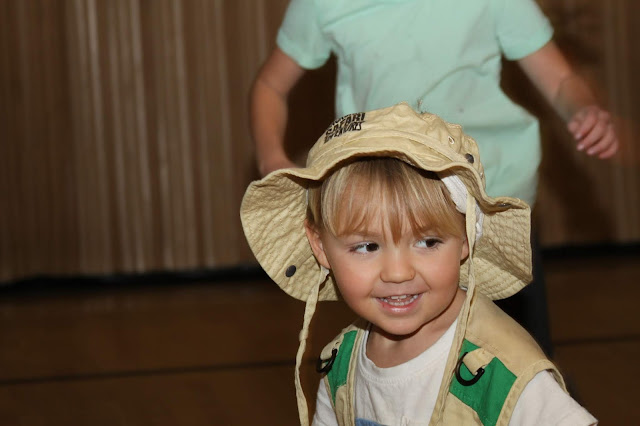 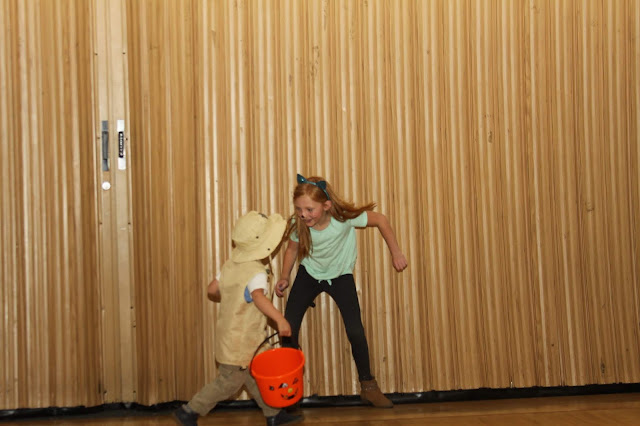 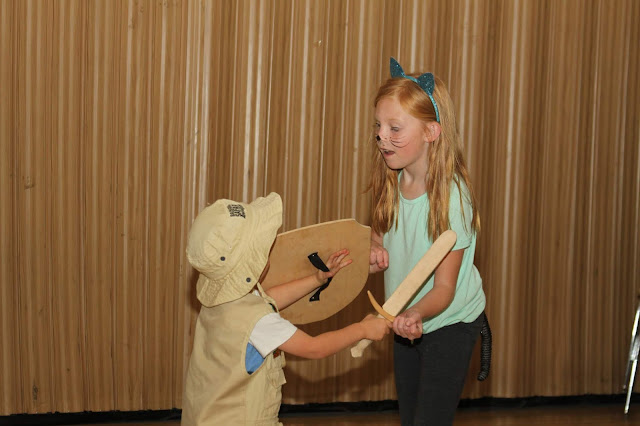 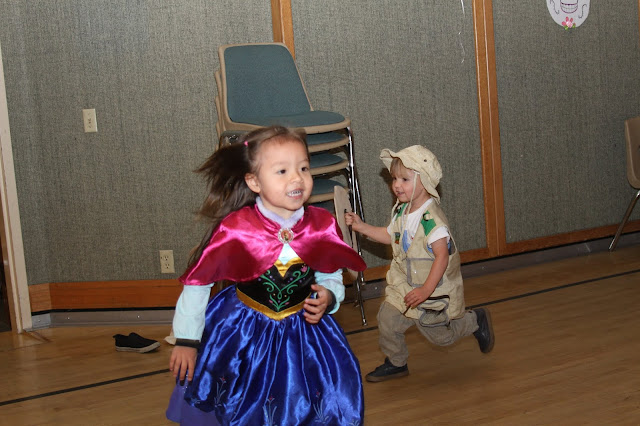 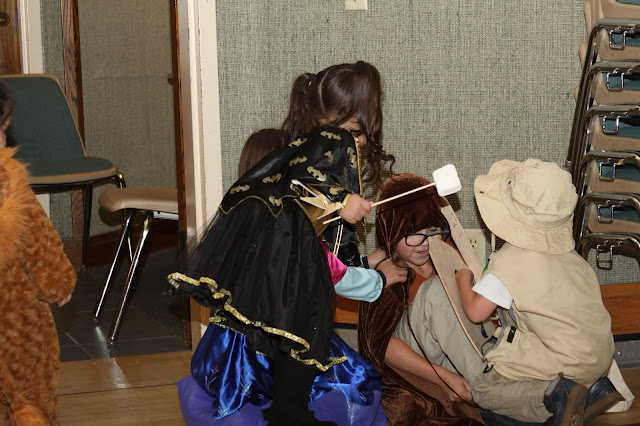 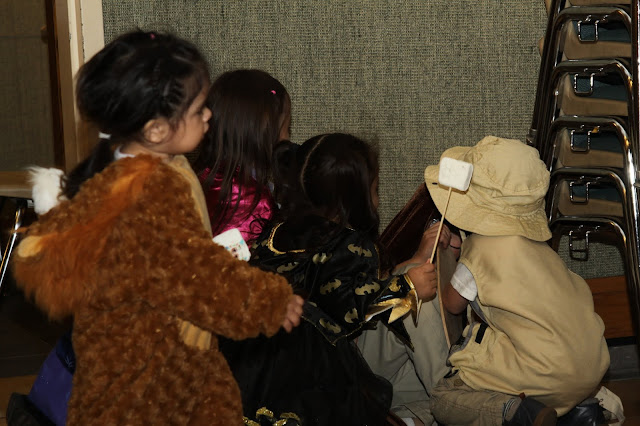 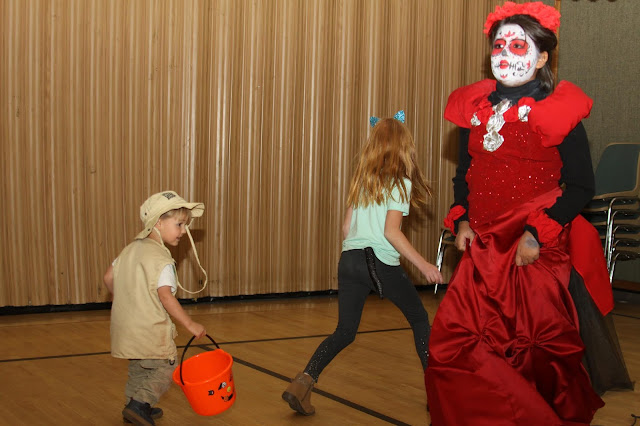 Okay kids, time to sit down as the festivities begin. 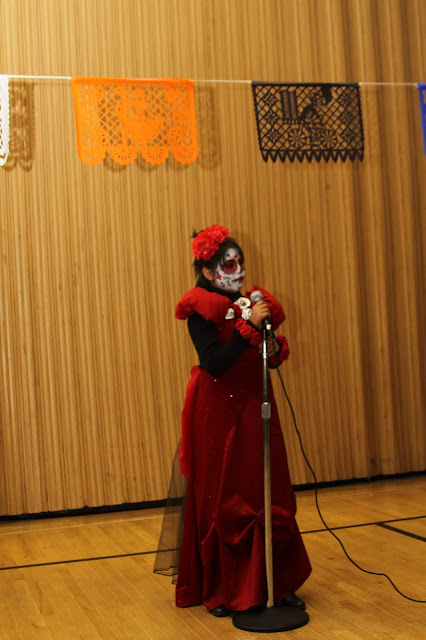 Love the costume, and she sang some great traditional songs. 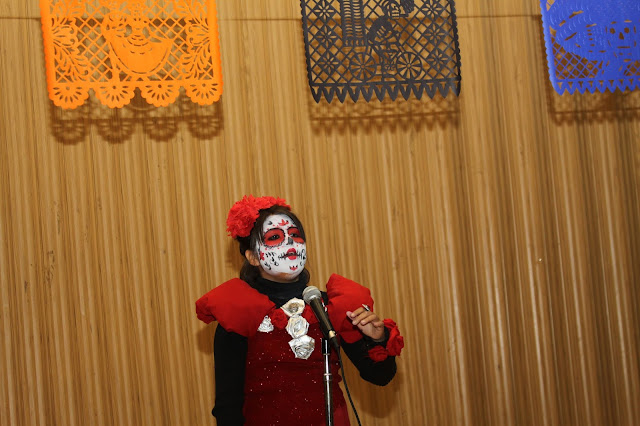 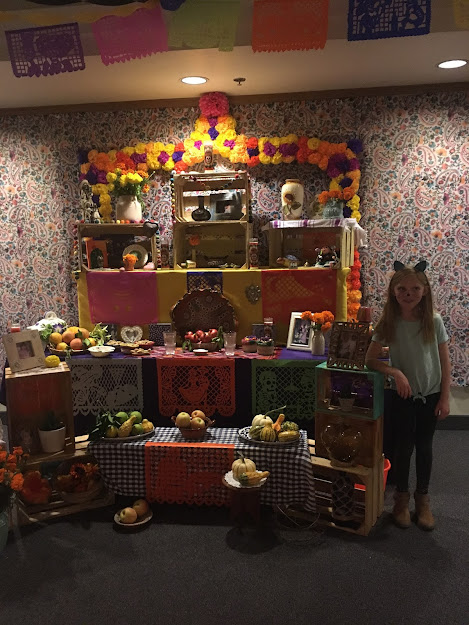 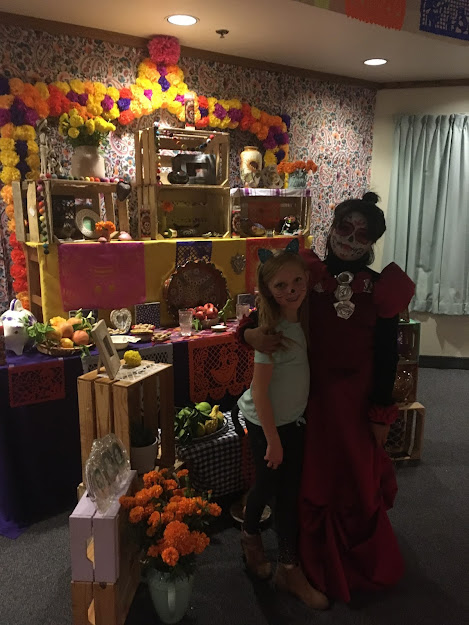 James really got into the dancing. Right before we recorded this video he won a prize for his moves!
Posted by Steven at 9:16 PM