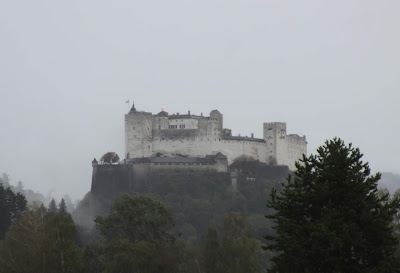 We could see Hohensalzburg fortress in the mist on our way to Church. 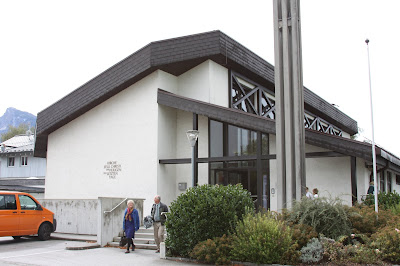 We met some more very nice people at Church today in the Salzburg ward.  And just like the other day in Salzburg, there were several people wearing their dirndls and lederhosen at Church. 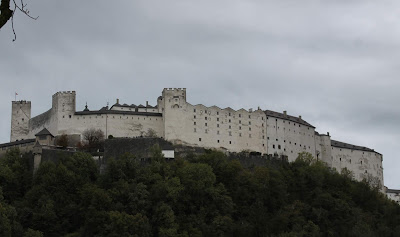 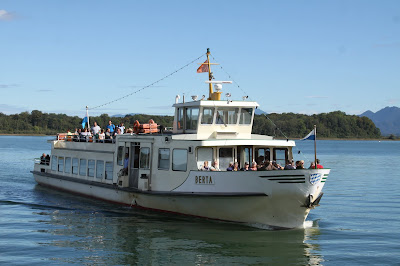 The final leg of our trip was taking a boat out to the island Herreninsel. 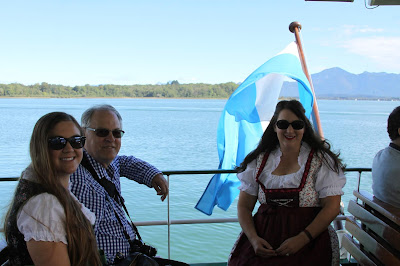 Jeni and Gillian both wore their brand-new dirndles they bought at the festival in Salzburg. 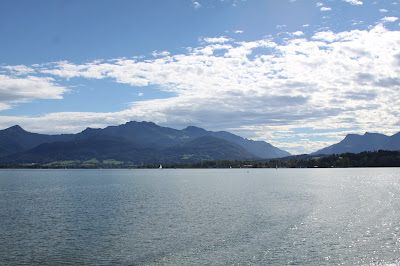 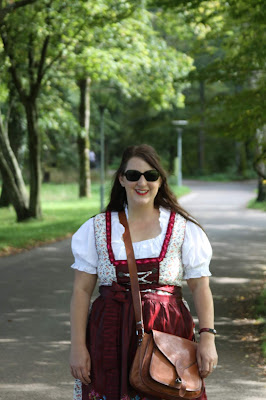 A nice walk through the forest led us to Herrenchiemsee, our third and final palace of King Ludvig II. 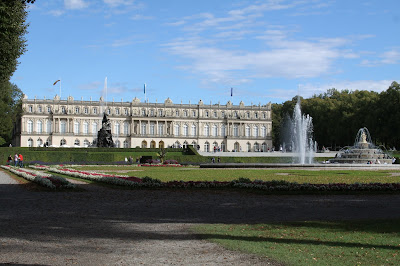 This one was patterned after the palace of Versailles. 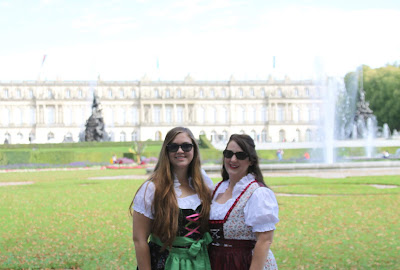 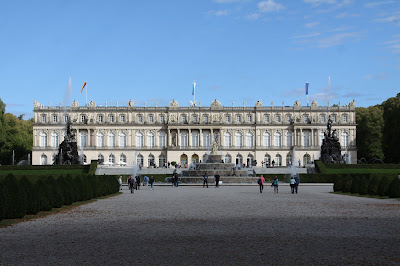 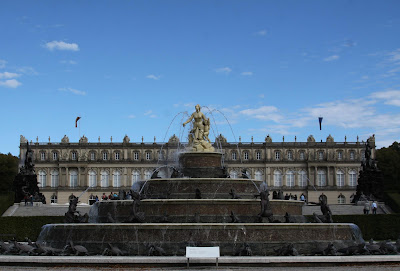 The large, sweeping grounds hold this and two other large fountains. 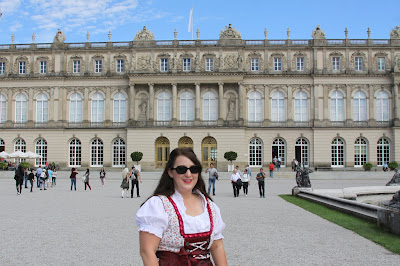 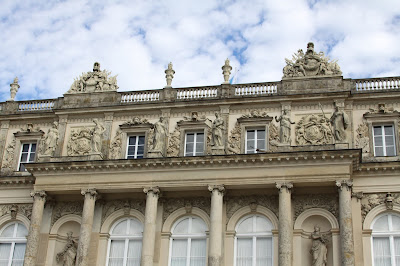 Intricate carvings on the outside, but only around 1/3 finished on the inside. 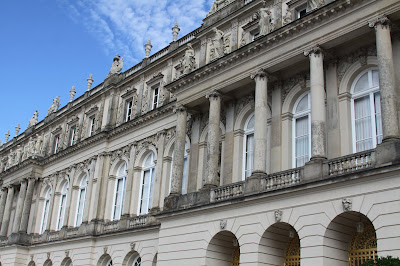 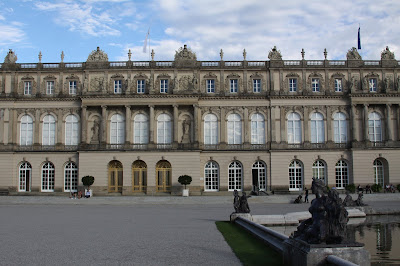 The inside is beautiful where we went on our tour and, though I haven't been to Versailles, is made to look exactly like Versailles. 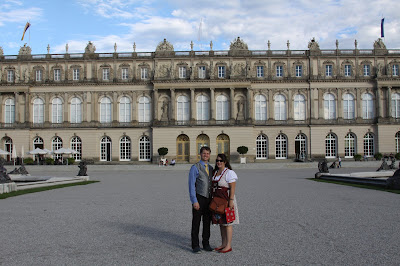 We caught a little bit of the unfinished part of Herrenchiemsee after the tour where a modern art exhibit is on display. It's all brick with none of the gold or columns or other ornamentation that the completed rooms have. 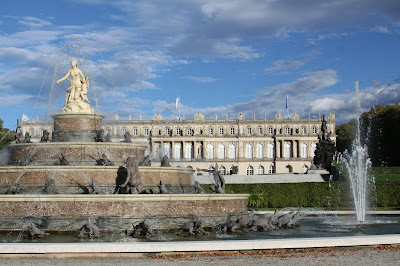 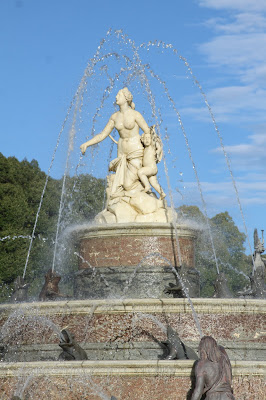 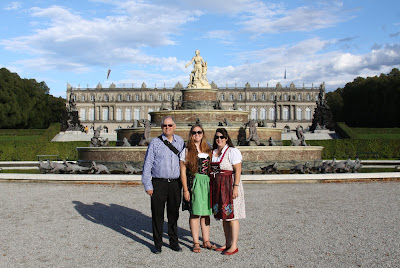 Today was such a lovely day, coming out here to the island and touring the palace and its grounds. 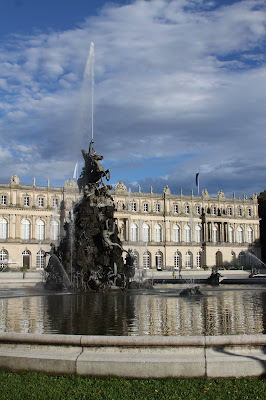 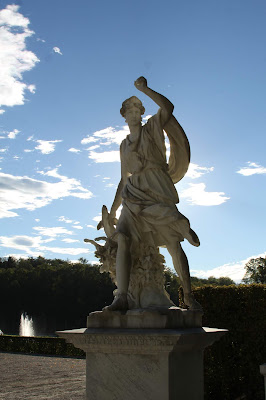 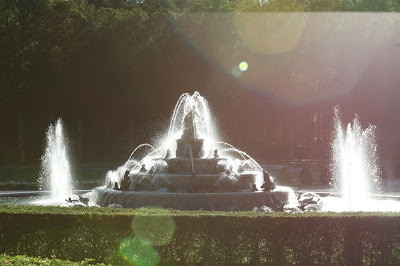 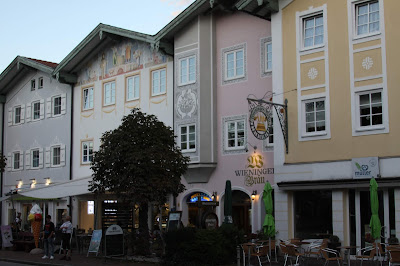 We ate a fabulous dinner at Wieninger Bräu.  It was cash only and we barely had enough to cover dinner.  Gillian was disappointed that there wasn't even enough money for gelato next door. 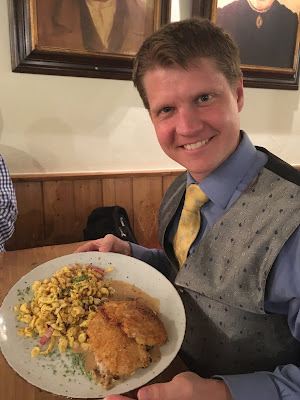 It sure was good food. I'm so glad we scraped enough cash together to pay the bill! Seems like a sign that it's time for us to head back home. 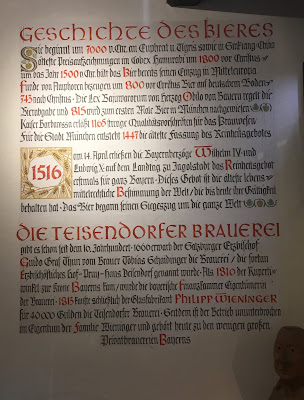