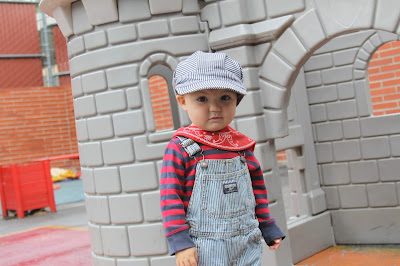 Instead of having just a Halloween parade the school has a Storybook parade. The kids dress up as characters from books and bring that specific book to the parade. 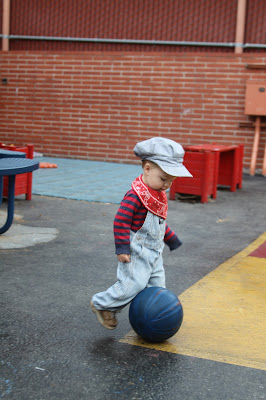 Since Hailey and Evan dressed up James got to dress up too. 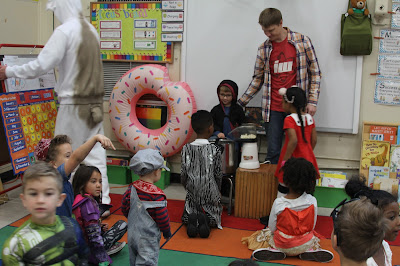 Evan got to be child of the week in his class. Every day he got to do a presentation for the first 10 minutes of class. Here we taught the popcorn song and then made popcorn to share with his class.  Evan was nervous at first, but he has done a great job talking in front of his class! 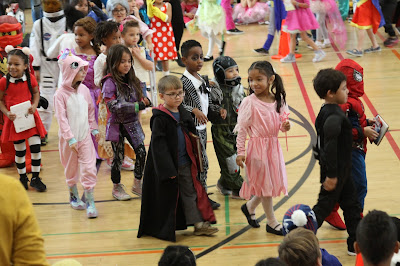 Time for the parade! 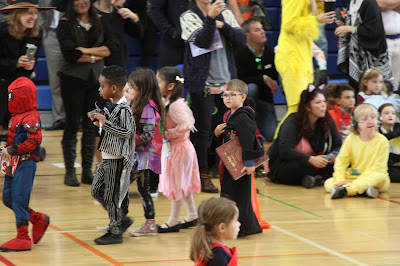 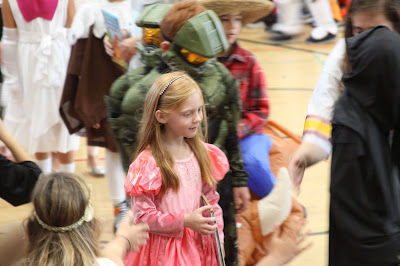 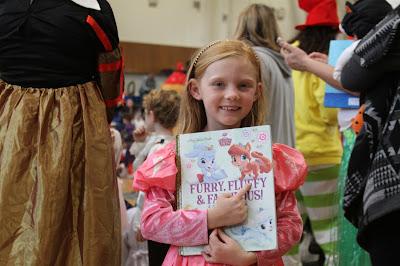 Hailey wanted to dress up like Ariel's (that's Ariel's cat on the cover). 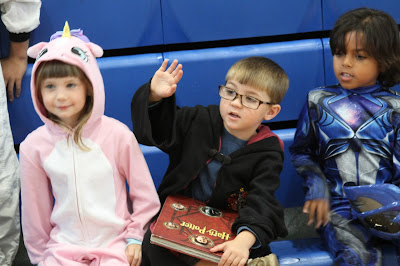 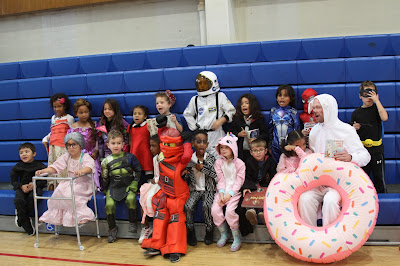 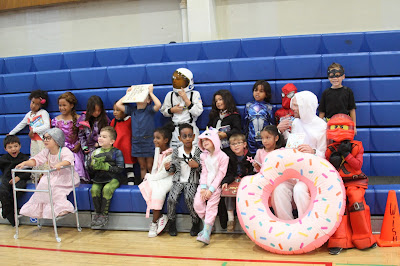 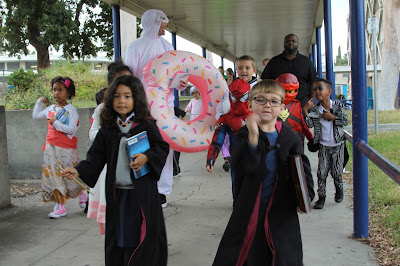 Evan and his seatmate were both Gryffindor students. 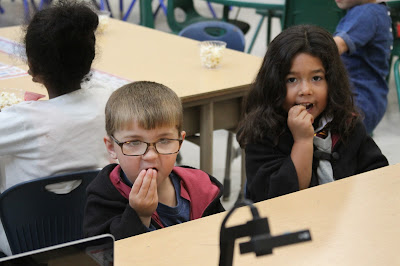