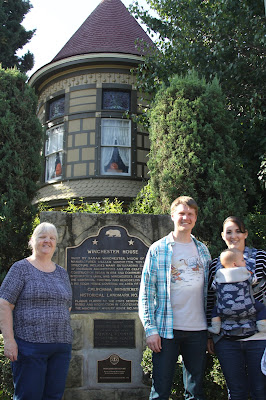 We took a tour of the Winchester Mystery House in San Jose. 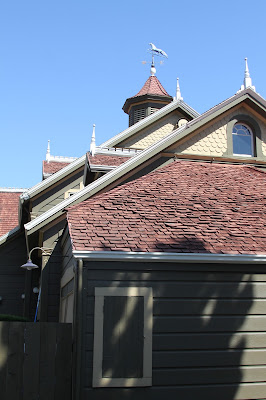 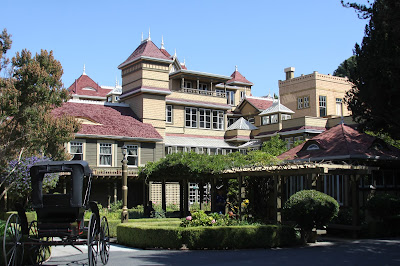 This place was incredible; very big and built very unconventionally. 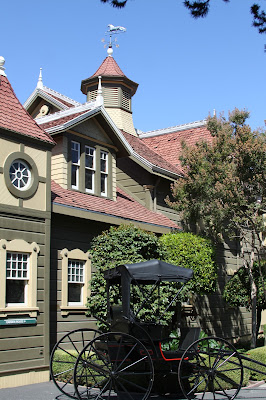 Sarah Winchester inherited her husband's fortune ($20 Million) as well as a majority stake in the Winchester Repeating Arms Company, for which she received $1000 per day (compared to the average $1.50 daily wage at the time). 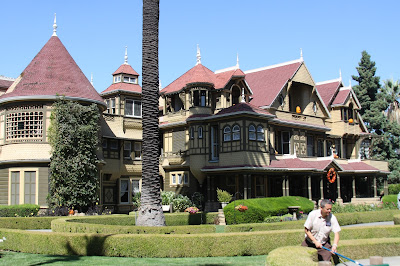 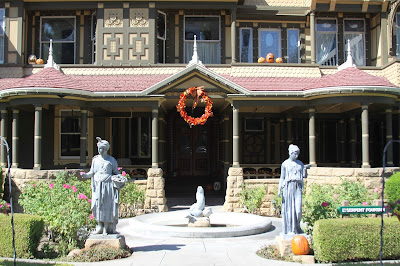 Her staff was paid well: twice the average daily wage & were provided free meals and free lodging on the property.  They were also paid daily so they could be let go at a moment's notice if need be. 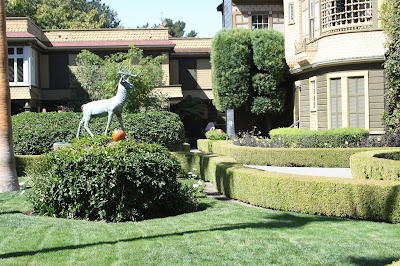 After her husband died, a psychic told her she would be haunted by those killed by the Winchester rifles unless she bought a big house and continued construction on it for the rest of her life.  And she would regularly commune with the spirits from her seance room for the next day's construction plans. 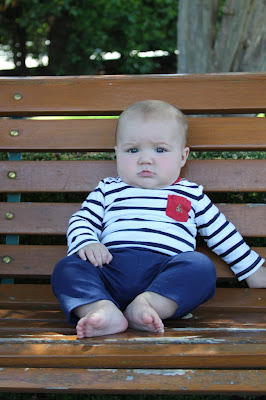 Look at those eyebrows.  He's not quite sure what to think. 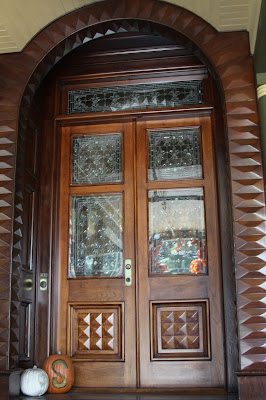