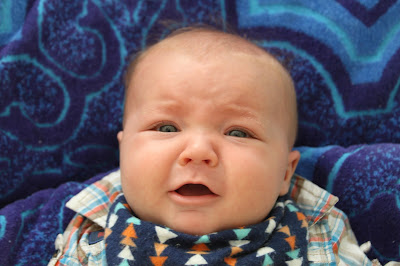 Remember last week when my children barely by a hair missed running into a mountain of wine bottles in the grocery store and I called Steve and told him I was never ever taking 3 kids to the store with me again. See that look on James face....that exactly how I felt. 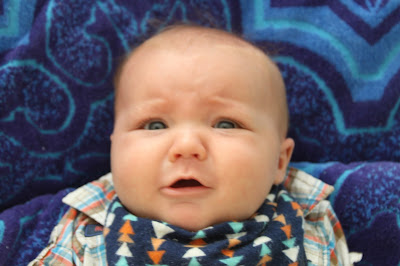 James seems to have an automatic sensor so he knows when I leave him in the care of someone else babysitter, my parents, even just with Steve doesn't matter who...this baby knows. It sets him off into endurance crying marathon. I know his head has to hurt after crying for an hour straight.  Then he plays the hunger strike card. He won't take a bottle..he would rather starve. And by the time I get home he is so worked he is difficult to calm down. And get this....when he is mad he is a biter.  It just doesn't seem worth it in the end.