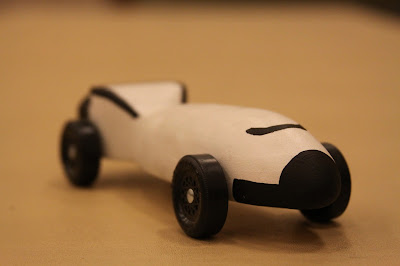 Steven spent this past week working on his cars for the Ward Pinewood Derby. He started simple with this one. 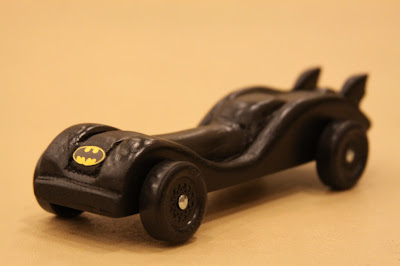 Meanwhile, Evan requested the Batmobile, which took a lot longer to make. Steven was still putting on finishing touches when it was time to go to the Church building. 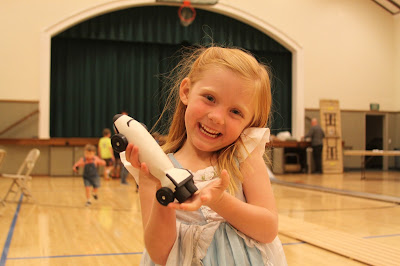 Finally we made it. Hailey claimed the shuttle car. 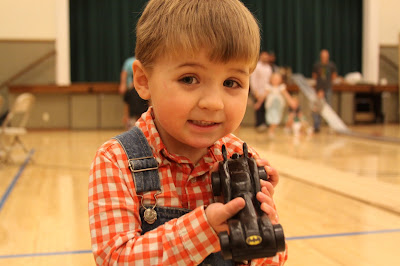 Evan was excited to race his Batmobile. 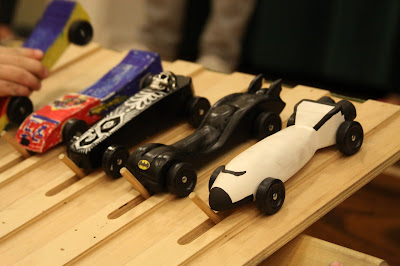 The kids immediately jumped into the chaos of practice races going on. 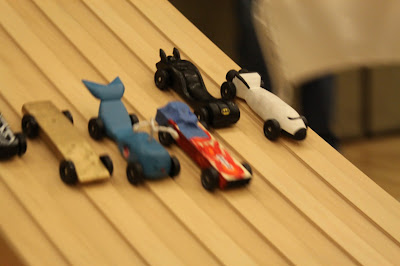 When the adults began the official rules races our cars came in last. 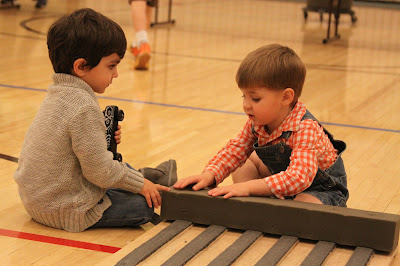 Evan made a friend, 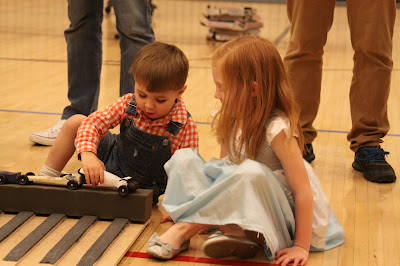 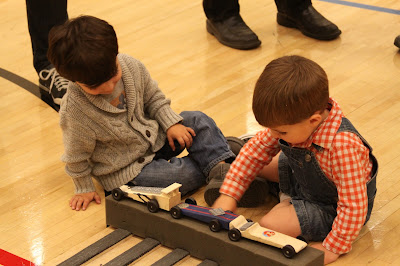 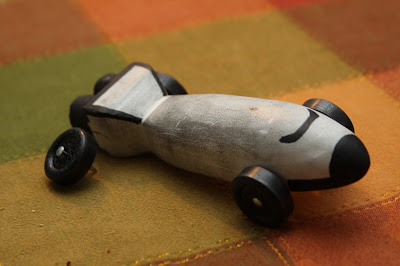 While the adults were racing Hailey put the shuttle car through its paces. Look how dirty it is!
Posted by Steven at 9:34 PM