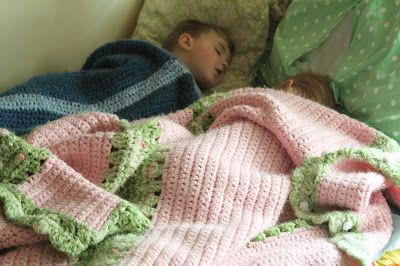 Steve started a new job yesterday. I let the kids stay up  pretty late until he got home. Hailey was so excited to show him where her first tooth fell out. Today they were both in need of a nap even though they both claimed they were not tired. 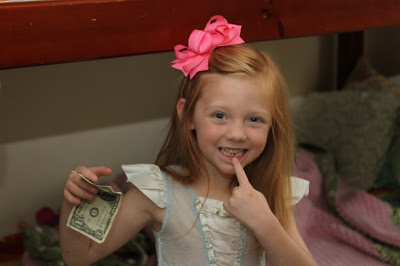 Looks like the tooth fairy brought her a single dollar.  She told me  I should lose about 20 teeth so we can go shopping with tooth fairy money. 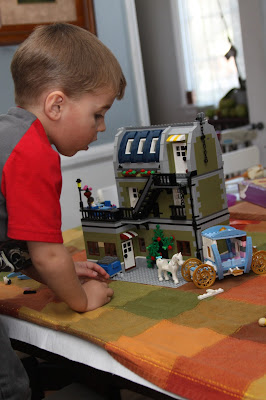 The day has been filled with playing outside, playing house & Legos, fort building. coloring, and reading. 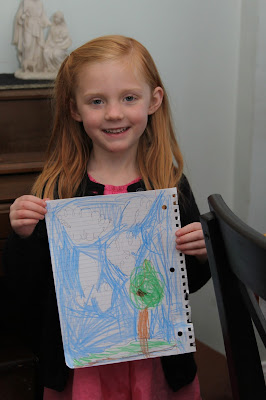 These two have been playing really well together. I suggested we go to the park, but they didn't want to go. They just wanted to play by themselves at home. 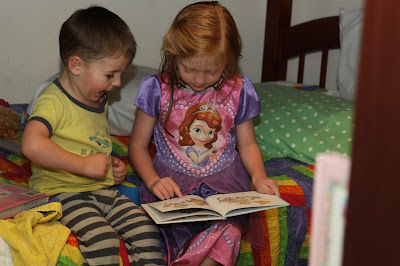 I love the look on Evan's face. He asked Hailey to read him a bedtime story.
Posted by The McClellan Clan at 1:50 PM