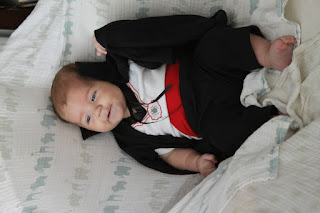 Getting all ready to go... he is excited for his 1st trip to Disneyland. 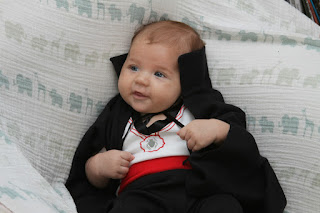 What a darling little vampire! 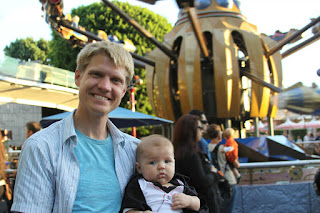 As usual the park was pretty busy. 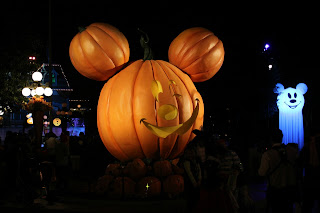 The decorations and fireworks show were great. 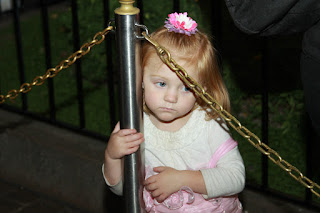 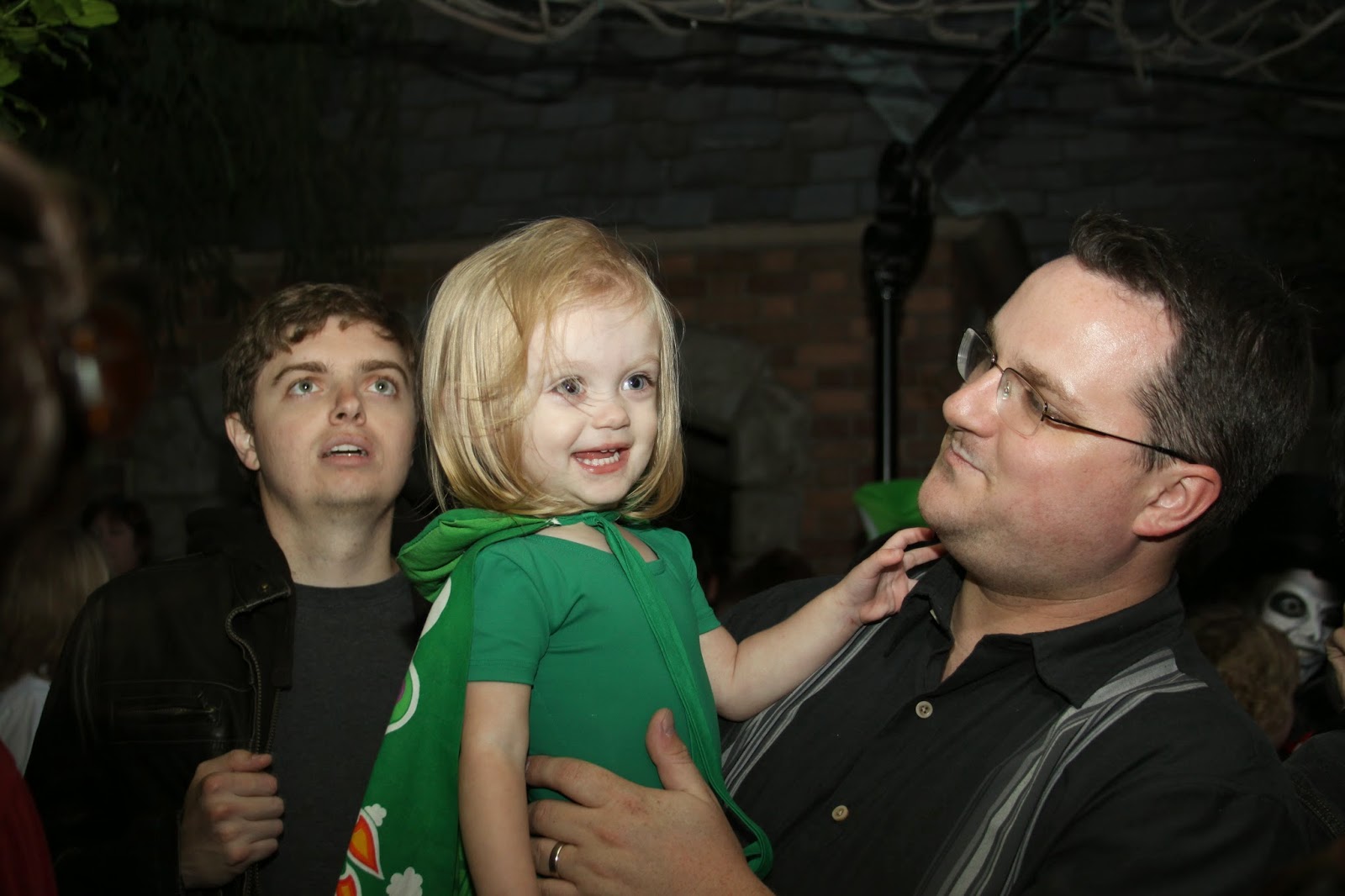 Lotte is wearing a costume Stephanie's mom made for her when she was Lotte's age. 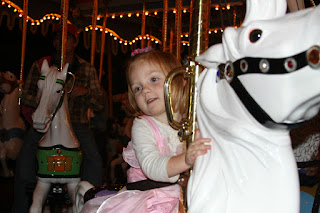 Her favorite moment was getting to ride the horses. 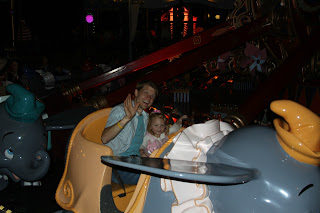 Steve said the Pinnocchio and Mr. Toad rides scared Hailey enough to make her cry.  But she enjoyed the other rides like Dumbo. 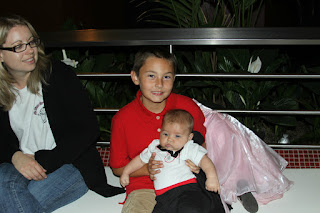 Waiting for the adults to get off Star Tours. 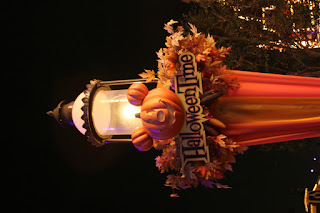 Around 11:30 p.m. the kids sacked out and we decided to head home. Evan cried utnil he threw up all over the car and started to choke on it. We had to stop to clean Evan up and the whole backseat. Then we had to calm Evan down before we could drive home. Hailey had the exact same problem as a baby, which she eventually outgrew as a toddler. Too much crying just wreaks havoc on their tummies. Usually by the time we hit that point the kids are extremely hard to calm down. The excessive crying and throwing up combination really puts me in a very, very bad mood to say the least. I know the crying-it-out method may work for other people, but it is just not a good fit with babies in our family. 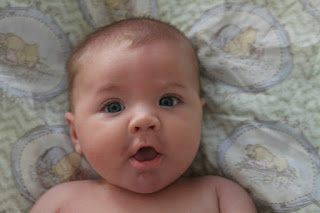 Evan is a pretty good natured baby. He loves to chew on his fingers and is starting to to coo and laugh a lot more. It's funny how even when babies are this small they have their own little personalities. He likes to be held a certain way. He doesn't like being on his back and wants to be in a sitting position most of the time. He likes to be in the swing or bumbo for a little while, but I can tell when he has had enough. Most of all he loves -- more like super loves -- being held. This is when he is the happiest. It is impossible for me to hold him all day, so I usually put him in my moby wrap and wear him around for a large portion of the day. Snug as a bug and so mellow.
Posted by Steven at 1:15 PM