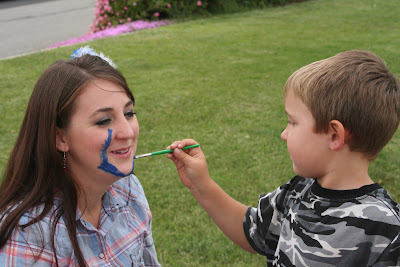 For Sean's birthday we went to the park near their house and got our faces painted. He's 5 so he was more than up to the task. 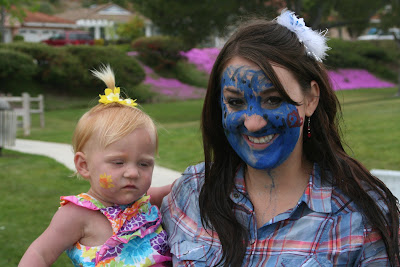 Jeni volunteered to go first. She was given an ocean theme. 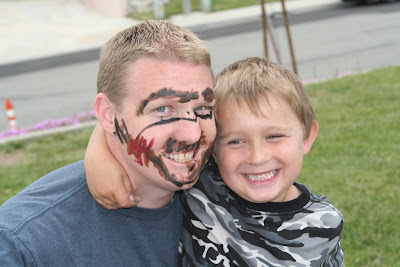 Of course there had to be a pirate with a wicked scar. 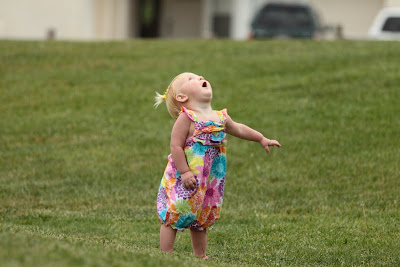 We had some kites flying around too. Hailey seems pretty impressed. 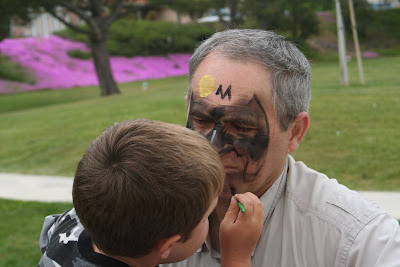 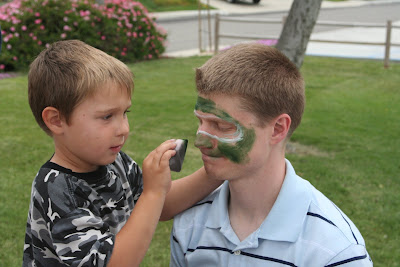 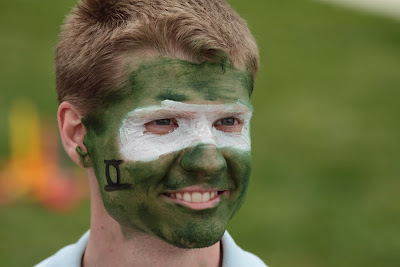 It's the reverse Green Lantern. 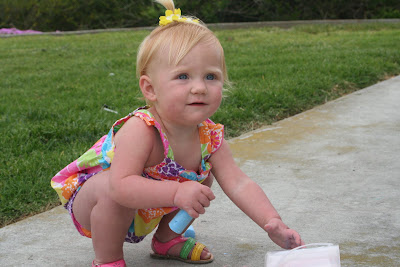 Hailey wanted to do some drawing of her own. 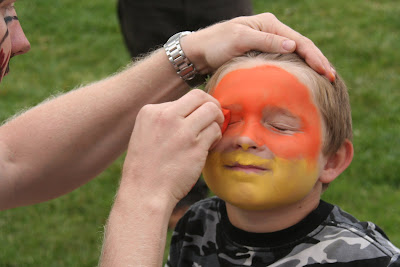 Then it was Sean's turn to get painted. 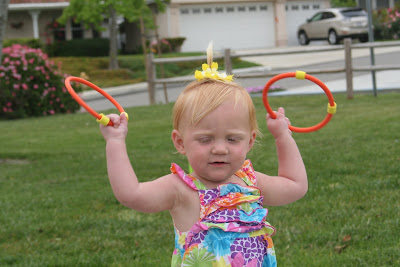 Oh, and there was a little bit of ringtoss. 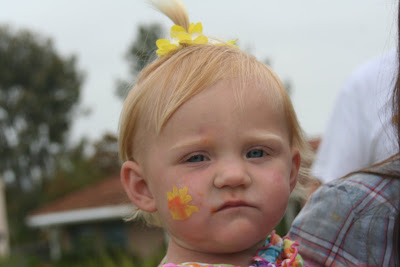 But Hailey needed something as well. She cried when she had her cheek painted. 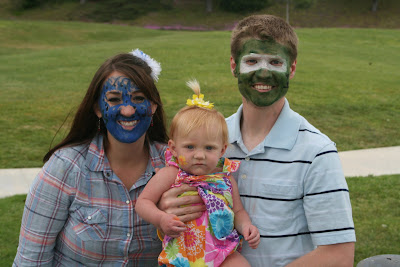 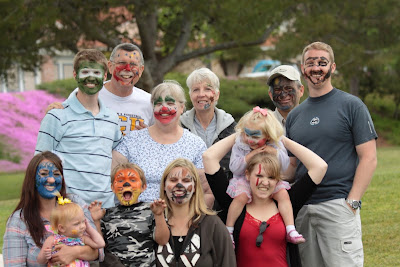 Everyone had a great time. Good job Sean!
Posted by The McClellan Clan at 10:18 PM