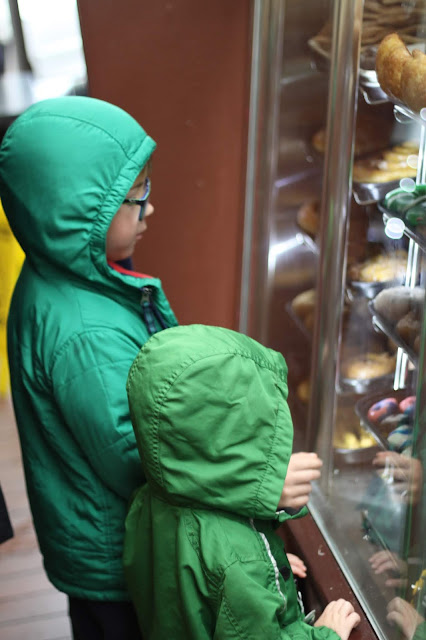 It's Hailey's birthday today.  Time for a donut run before school! 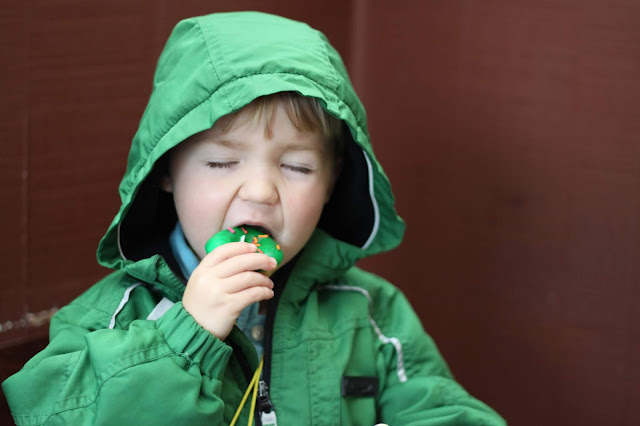 James got a trio of mini donuts. 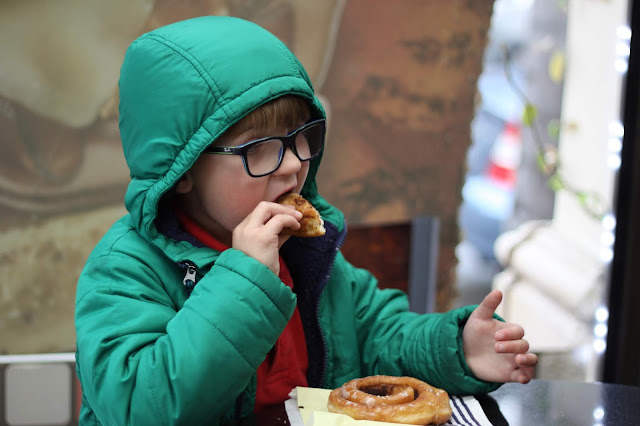 A cinnamon roll for Evan. 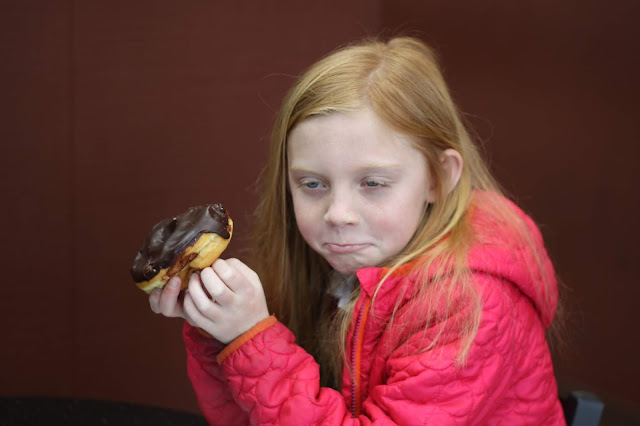 And a chocolate glazed donut for the birthday girl (who didn't want any pictures of her taken). All Hailey wanted to do for her birthday was go see The Kid Who Would Be King, so last night we all went to the last showing in the only theatre around here which still had it playing. 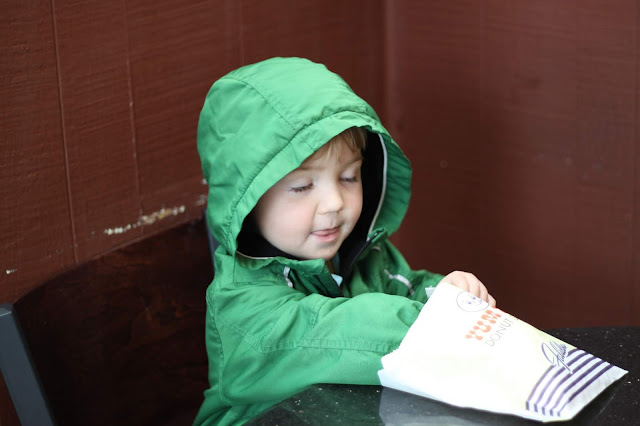 There were some moments of the film that scared the kids. James fell asleep somewhere in the middle but Evan and Hailey were freaked out a few times. I think Evan covered his eyes and they both hoped they wouldn't have nightmares last night.
Posted by Steven at 9:03 PM