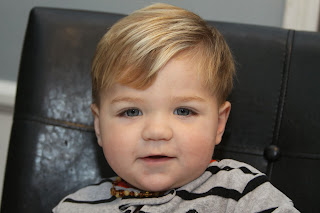 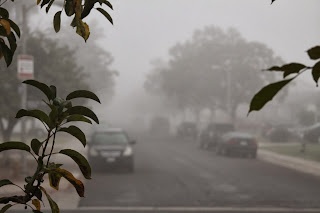 Fog early in the morning. 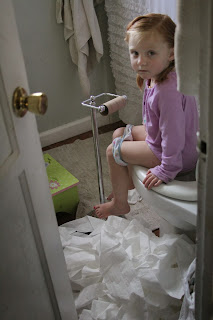 I didn't hear from Hailey for a while. She said she needed the toilet cardboard roll so she could have a telescope like Hook. 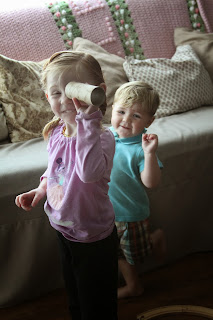 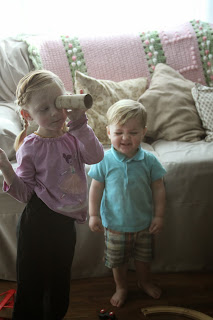 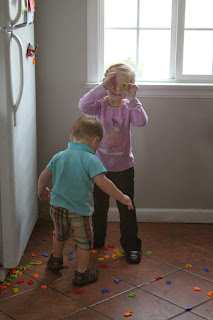 I asked the kids to pick up the magnets, but Evan just wanted to dump them out again. 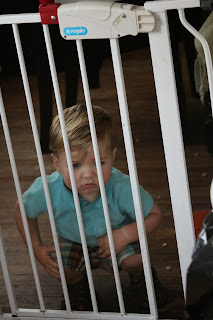 Hailey took it upon herself to lock Evan out of the kitchen. 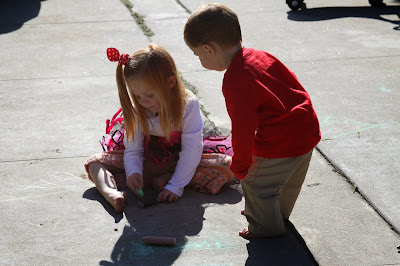 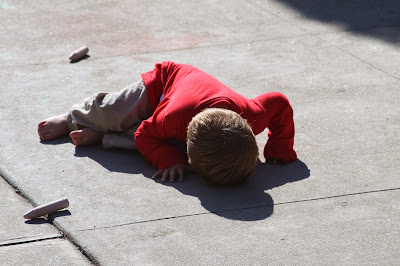 He does this when he get's frustrated. 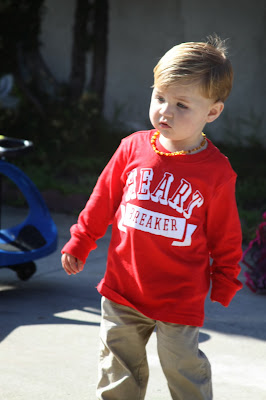 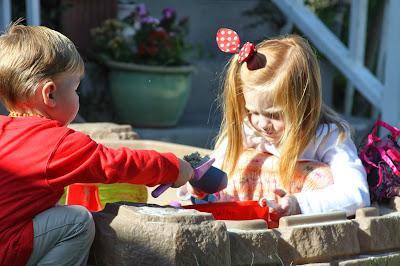 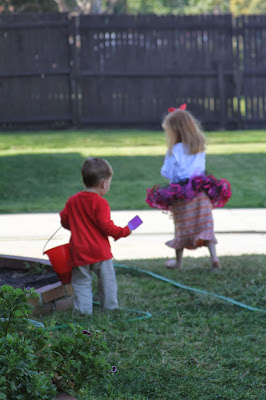 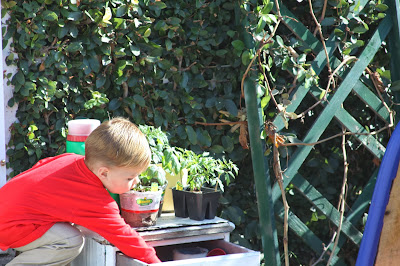 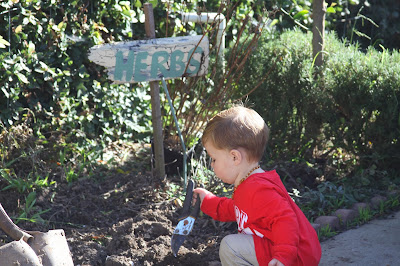 Looks like he found the shears, and yes they have a safety lock on them. 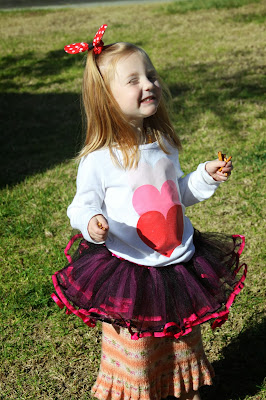 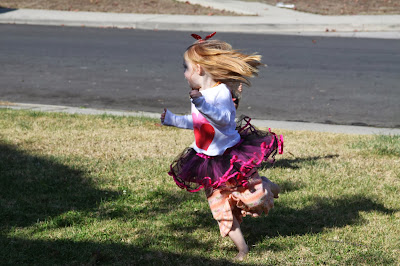 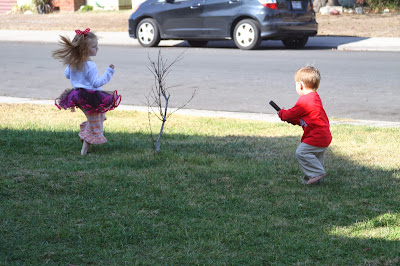 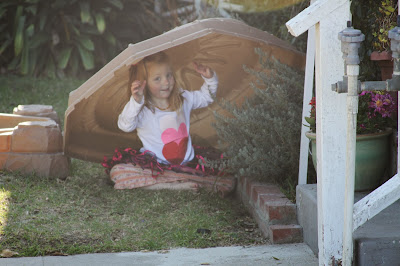 Coming out of hiding. 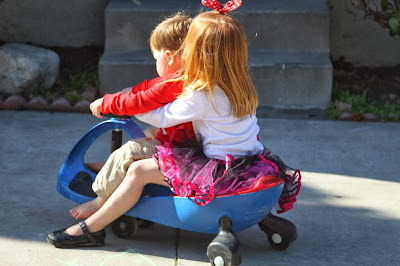 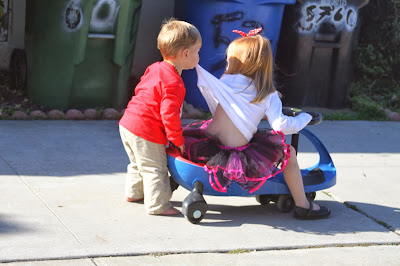 Not exactly a love bite is it. 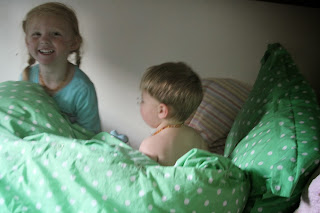 They like to hide under the covers and pretend they are in a cave.

Posted by The McClellan Clan at 4:31 PM