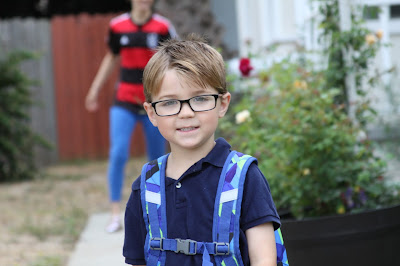 Excited for the start of school. 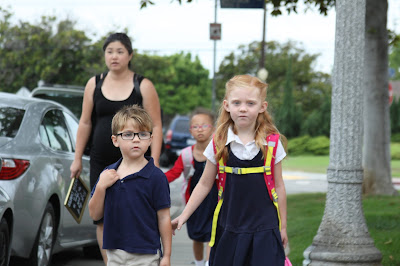 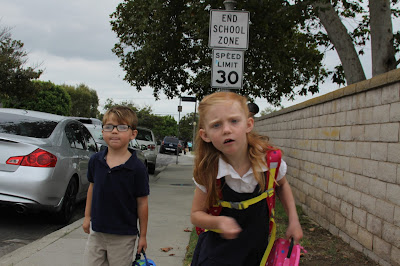 Hailey hates to be late. 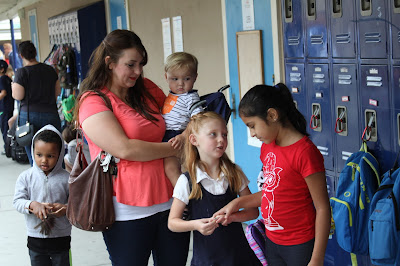 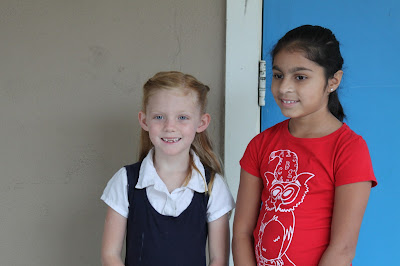 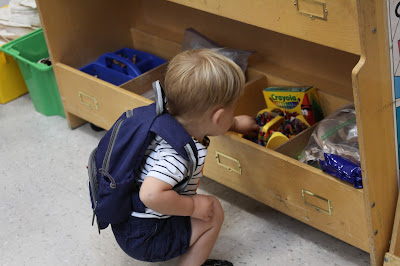 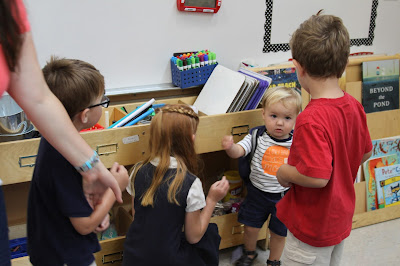 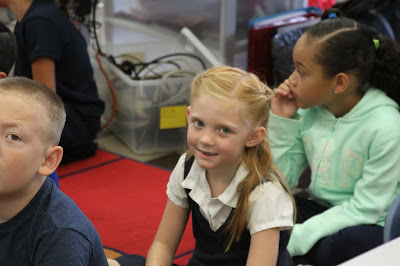 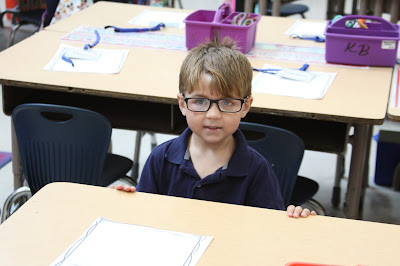 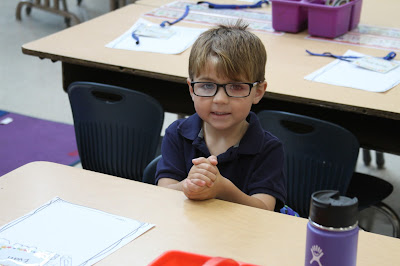 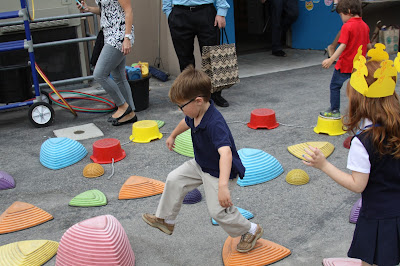 Playing on the kinder yard before class starts. 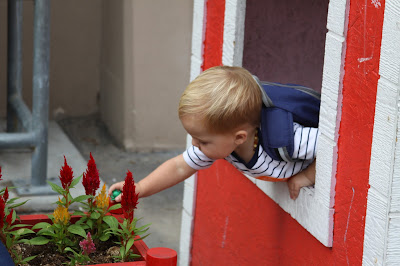 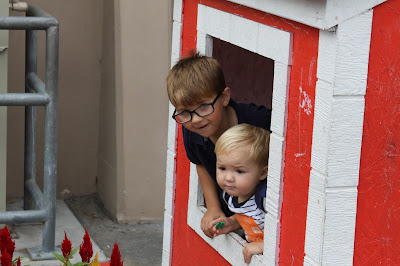 James was having fun too. 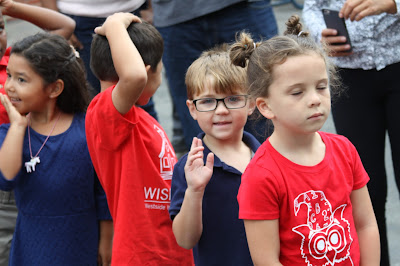 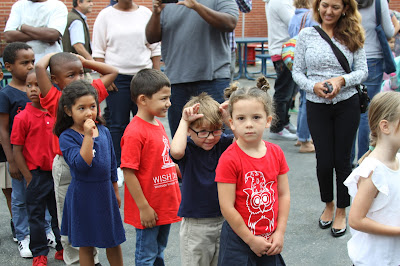 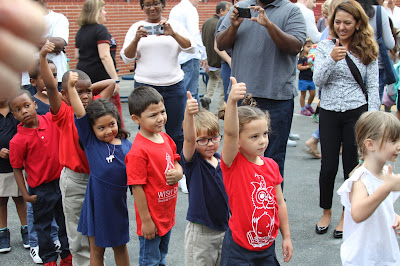 Lined up and excited for school.  Bye Evan! 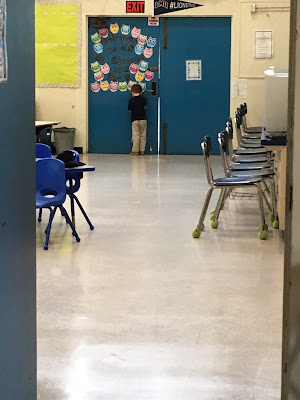 EDIT: Well, the first day of school went well for Evan.  The 2nd, 3rd, and 4th days were pretty rough, however.

Day 2: The school called when Evan threw a fit at lunch and after 40 minutes of crying and every teacher, student aid, and the principal trying to calm him down they couldn't get through to him.  He got upset when he sat down at a table and the kid next to him told him he couldn't sit there and to go away.

Day 3: Another lunchtime breakdown when it came time to sit for lunch.  Too much anxiety over where the right place to sit was, due to what happened yesterday.  We had talked to a little boy who said he could be Evan's friend and sit with him at lunch, but I guess that didn't work that day.

Day 4: Climbing on a play house before school, Evan was told by a yard aid to come down and not to climb.  That sent him into a tantrum.  The picture above is him pouting at the door while the rest of the class were in their seats.  He was already out of sorts that day so lunchtime was another disaster. 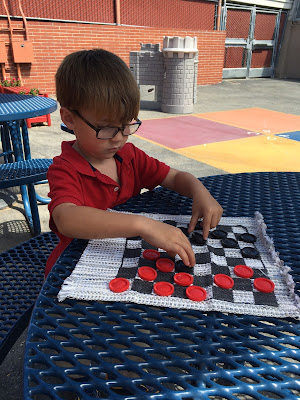 Day 5: We doubled down this morning with Evan.  We showed him where to sit at lunch.  We talked to the same little boy in Evan's class who said he would be Evan's friend and sit with him at lunch.  We also talked to Evan's teacher who would help Evan out at lunch.  Finally he made it through the day okay!

Now he just keeps to himself at morning recess and lunch recess.  He doesn't play on the yard; just sits by himself.  He says he's fine, though.  Aunt Gillian made him some secret spy missions; things like "find someone with black shoes; ask them if they have a pet."  He gets a lollipop for completing his missions. 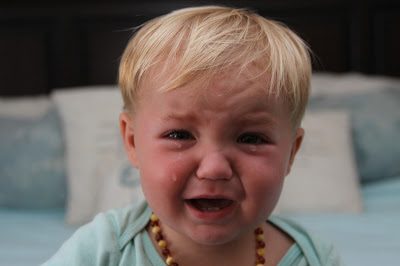 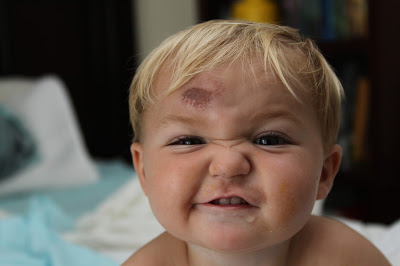 Posted by The McClellan Clan at 9:50 PM