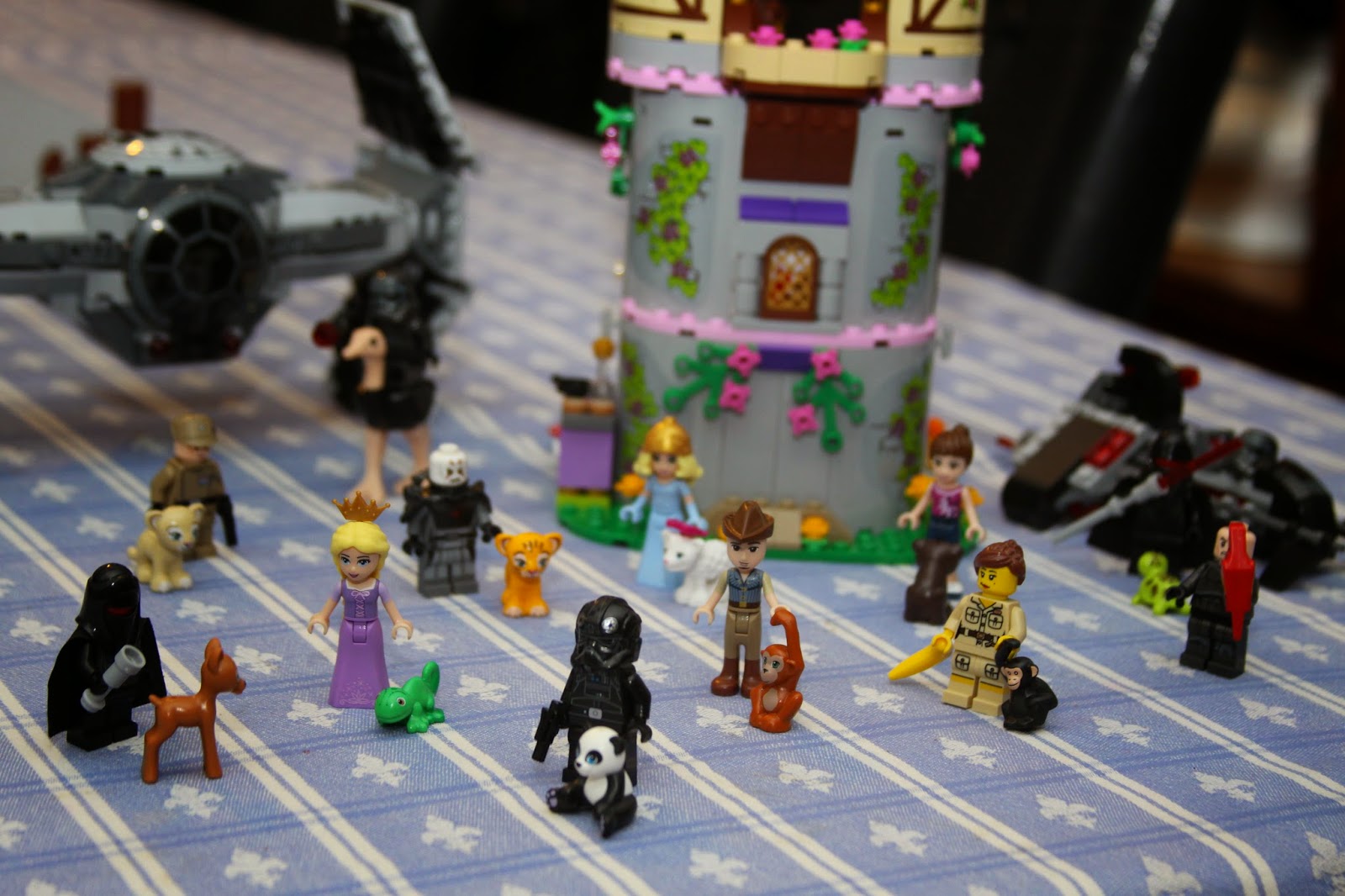 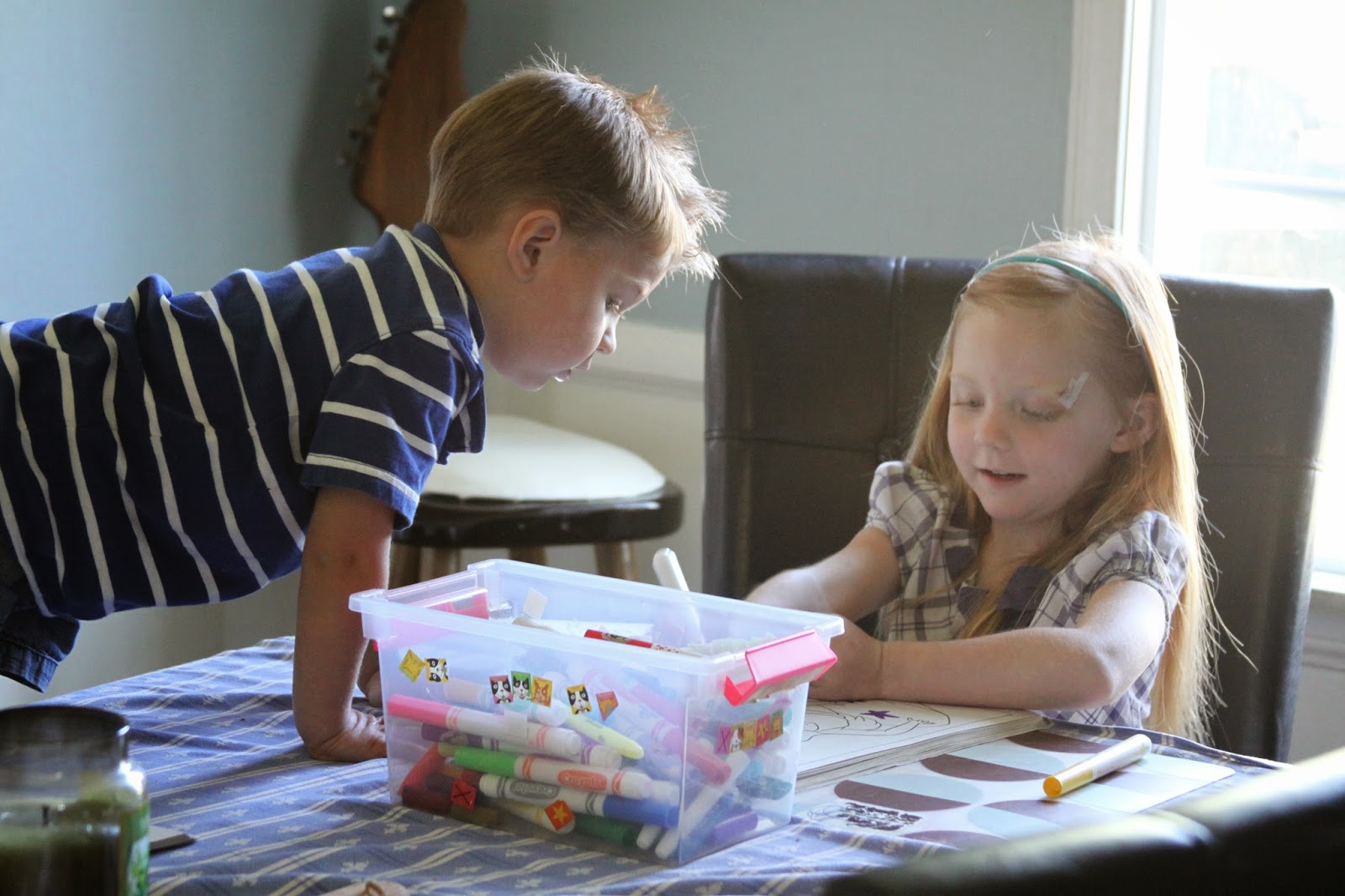 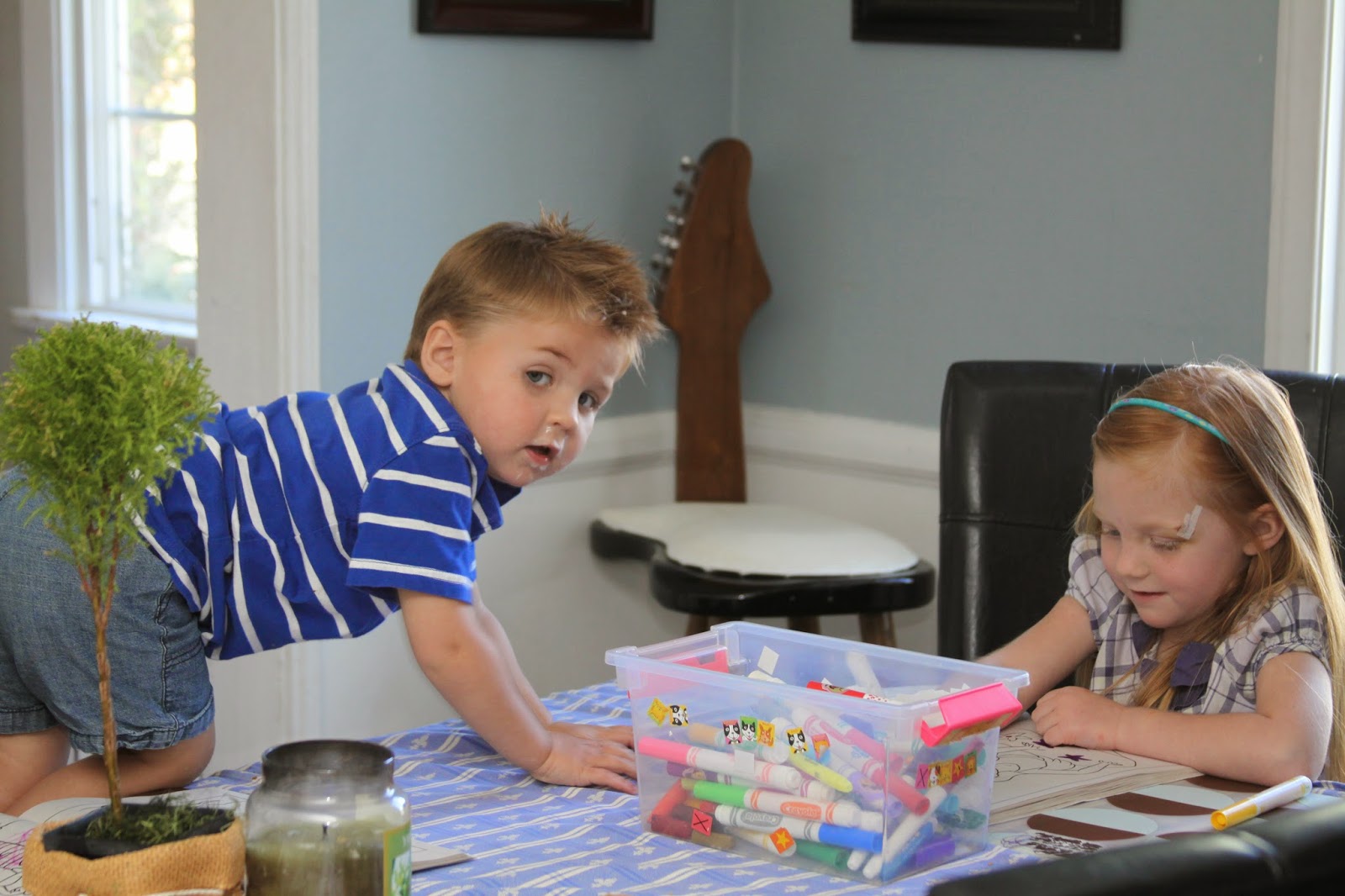 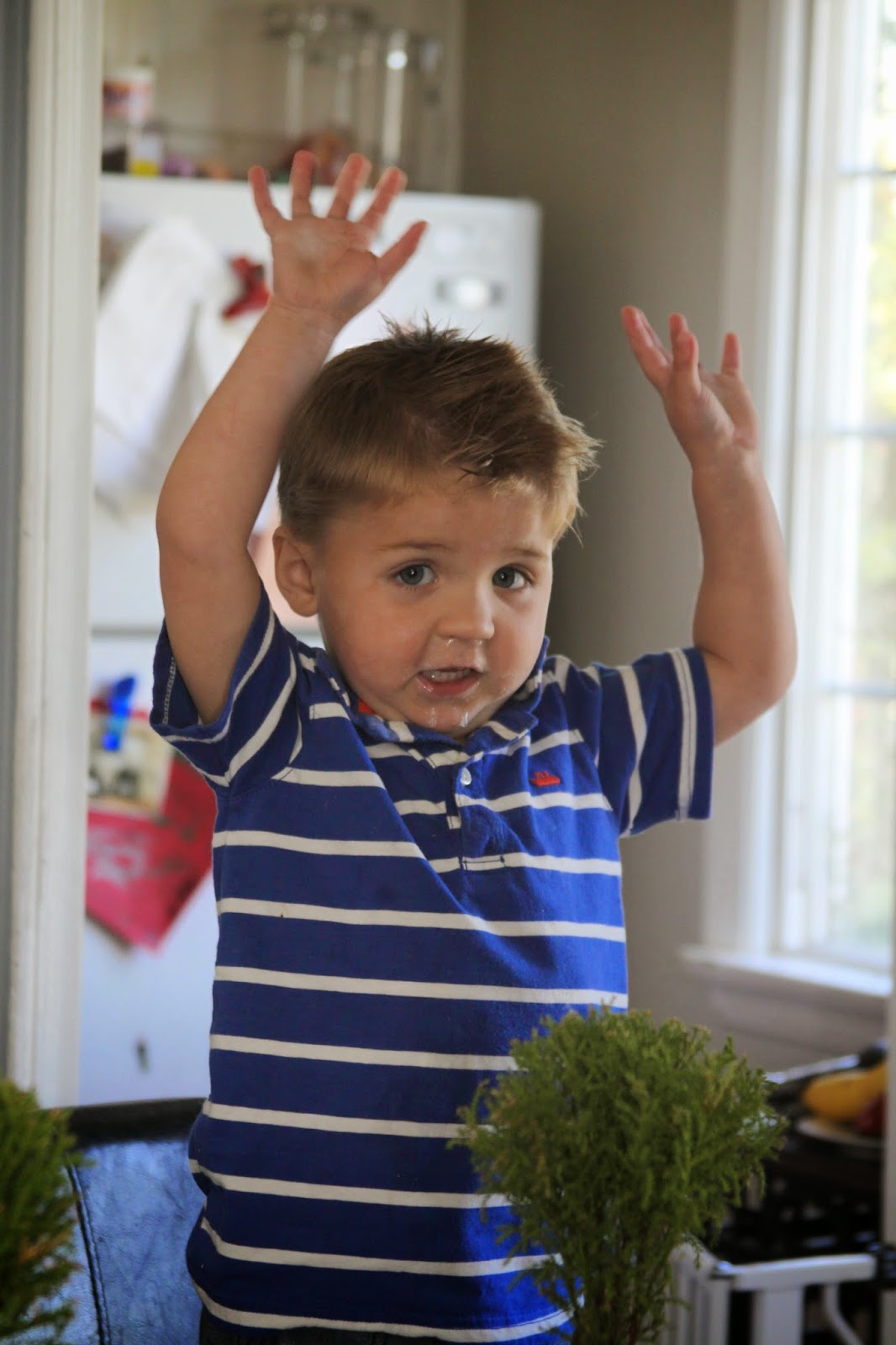 He's telling a whopper of a story here. 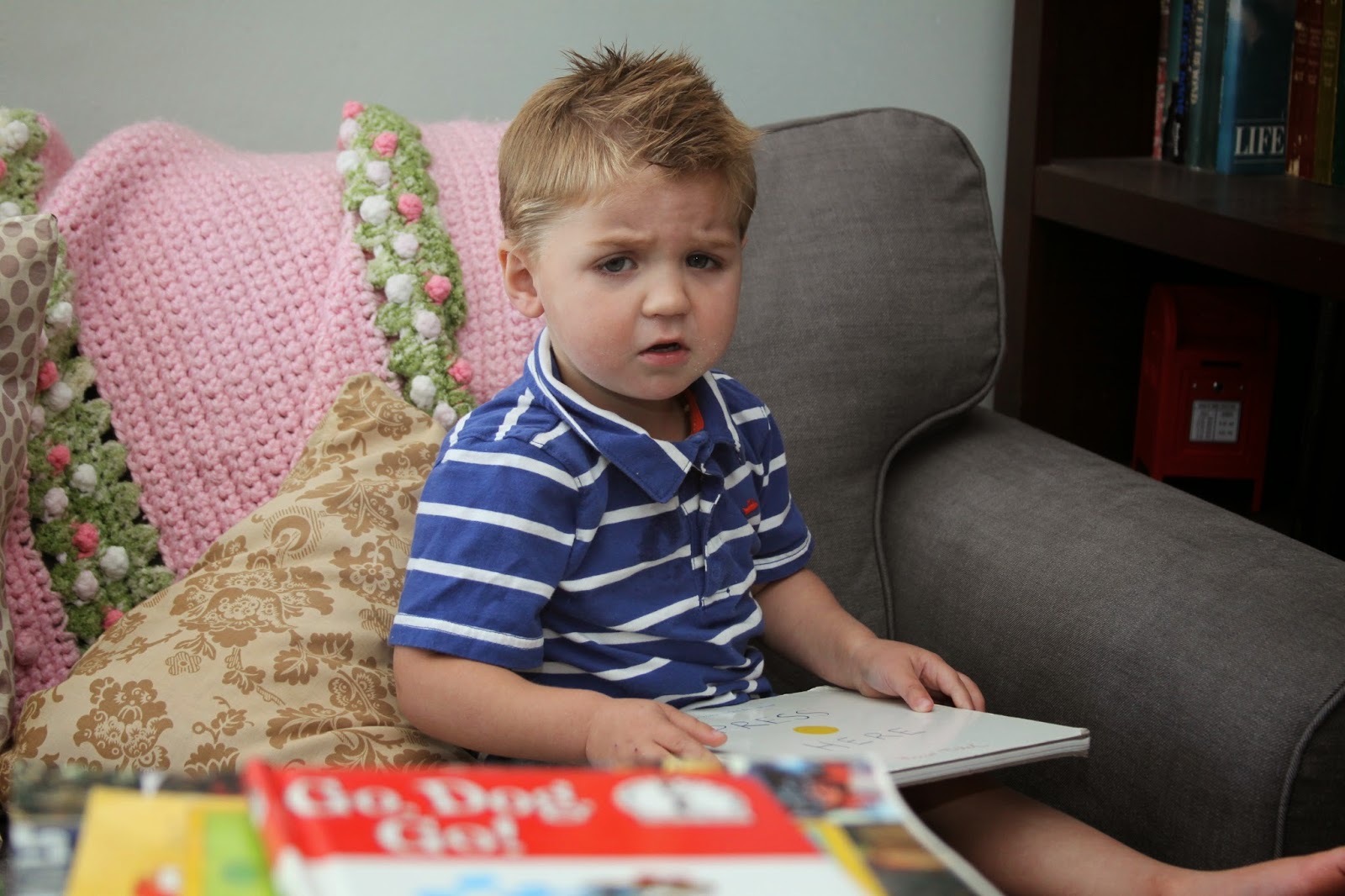 He was mad because I said I was tired of reading Star Wars books and to find a different one.  Not only did he tell me he was mad and that I was mean, but that I should call "Steve" because  he would read him Star Wars books. 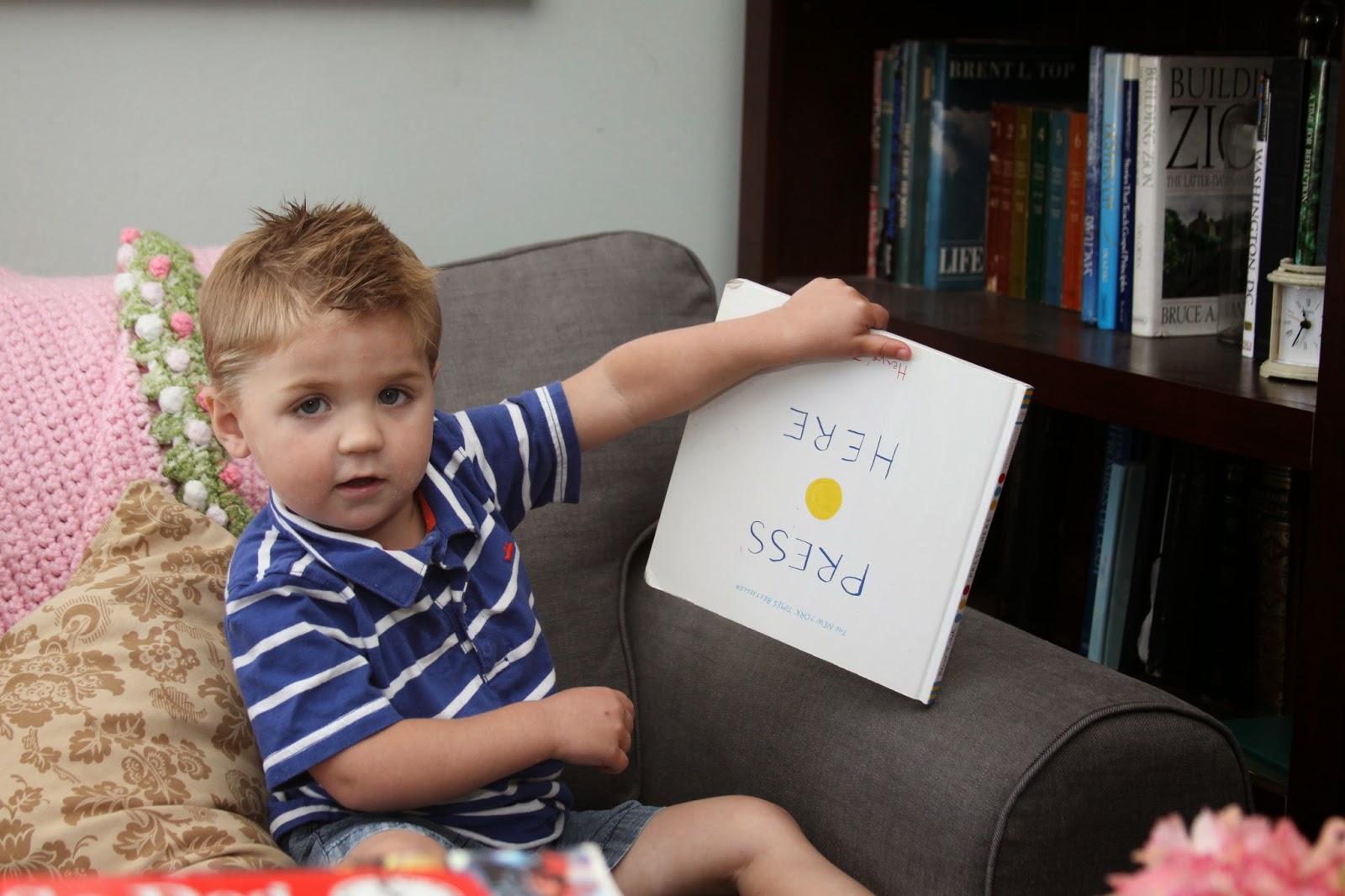 Looks like he found a book that will suffice. 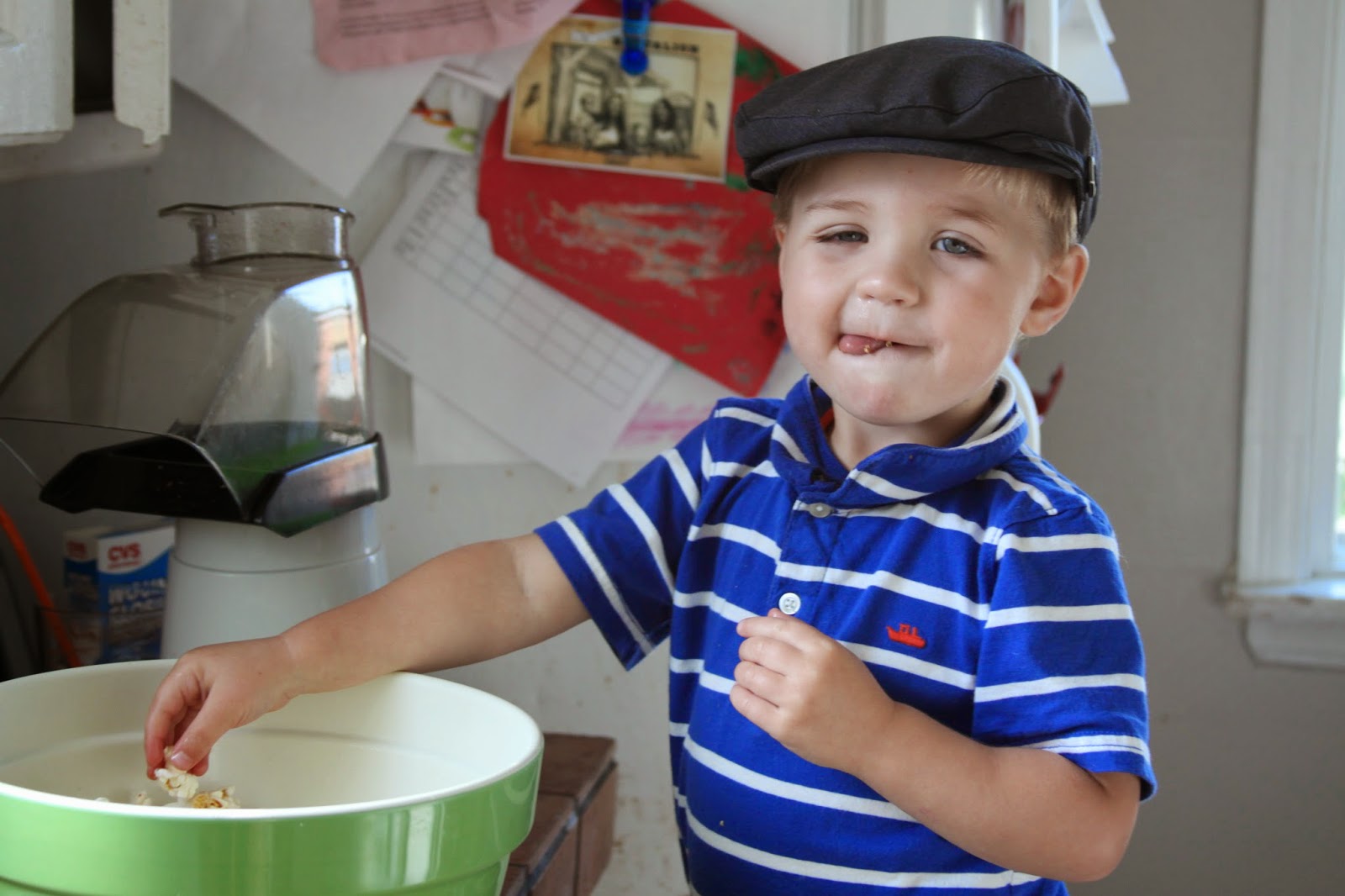 Making popcorn for a snack. 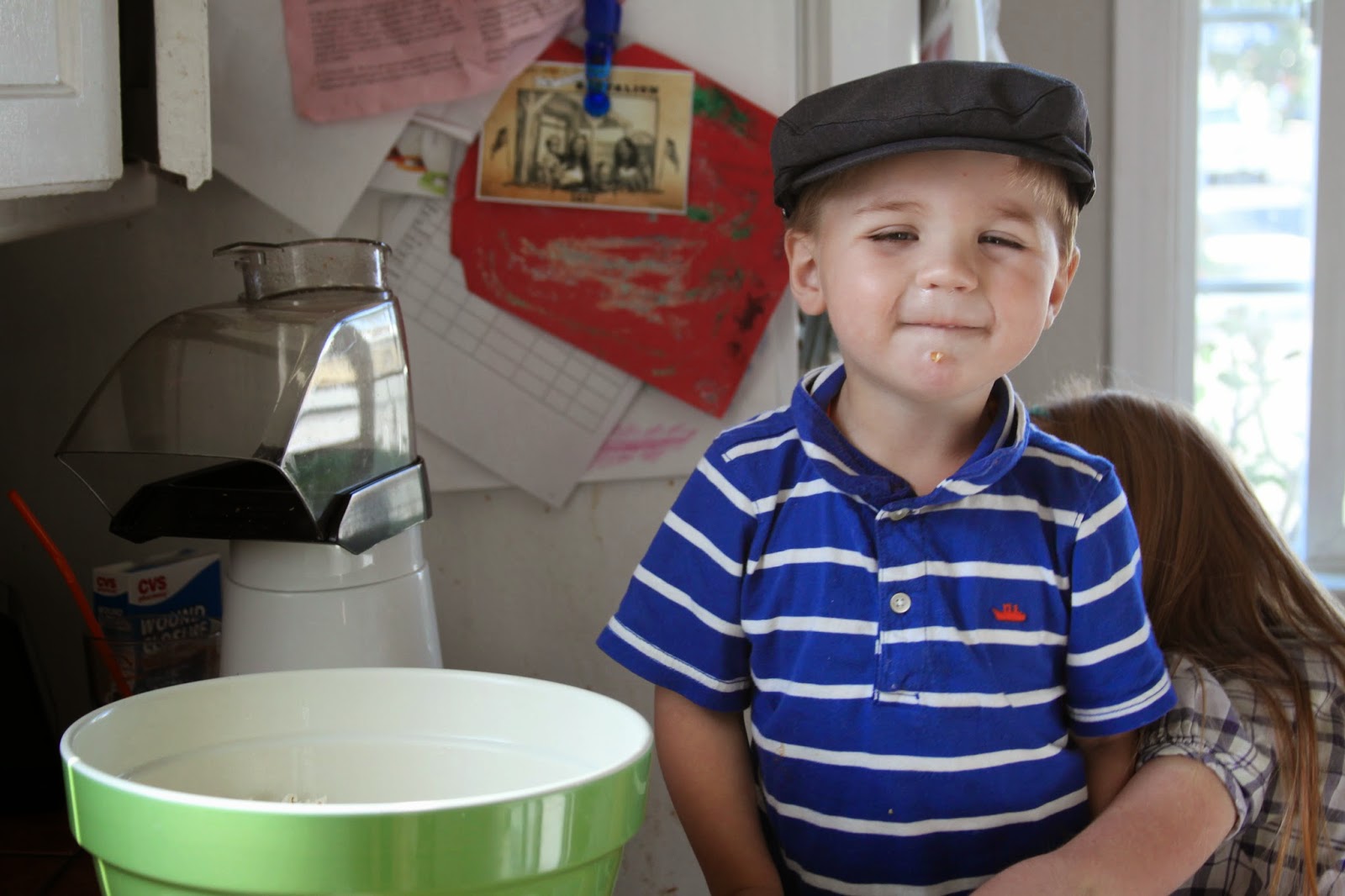 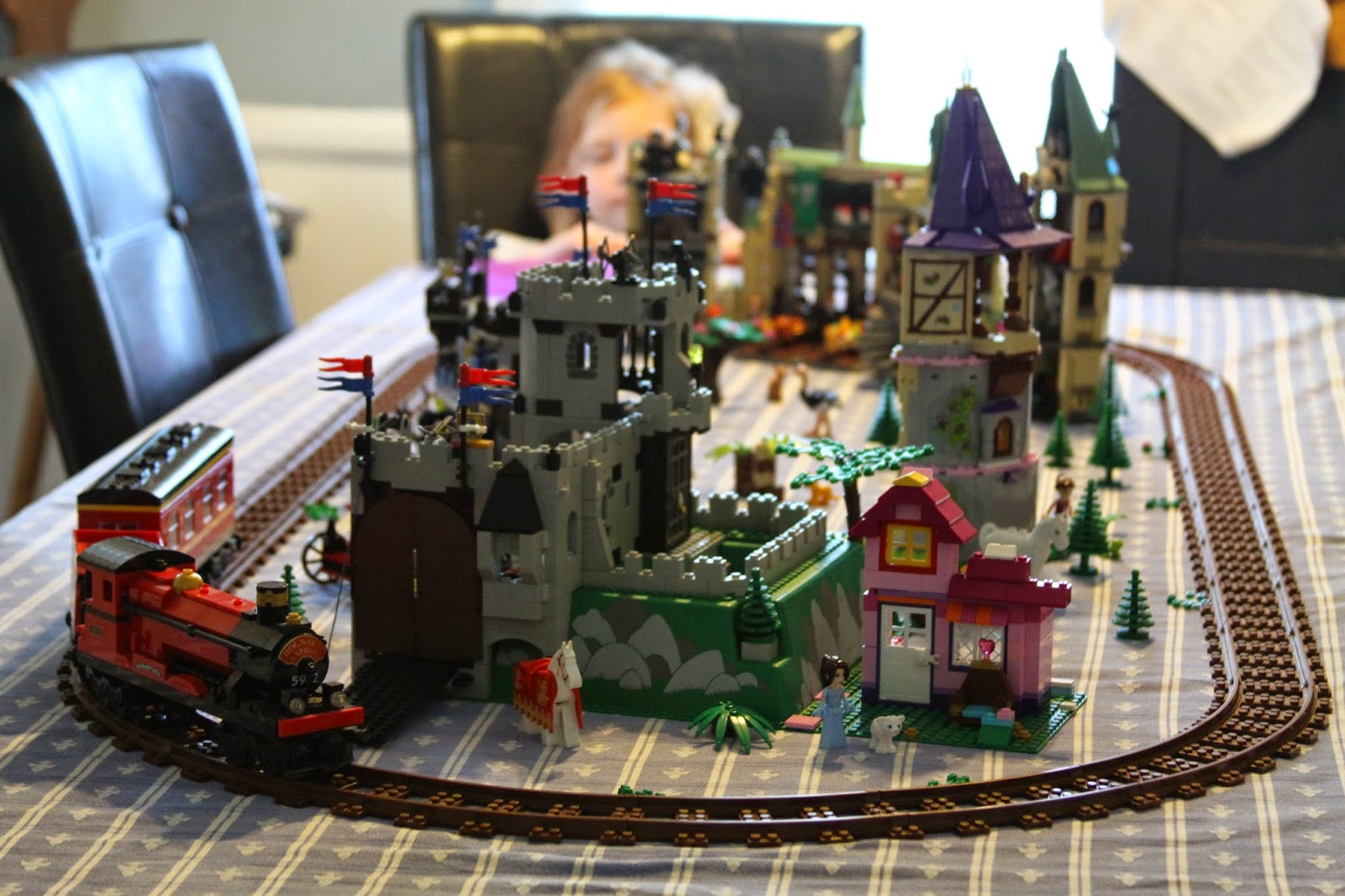 Steve couldn't resist getting the trains out. 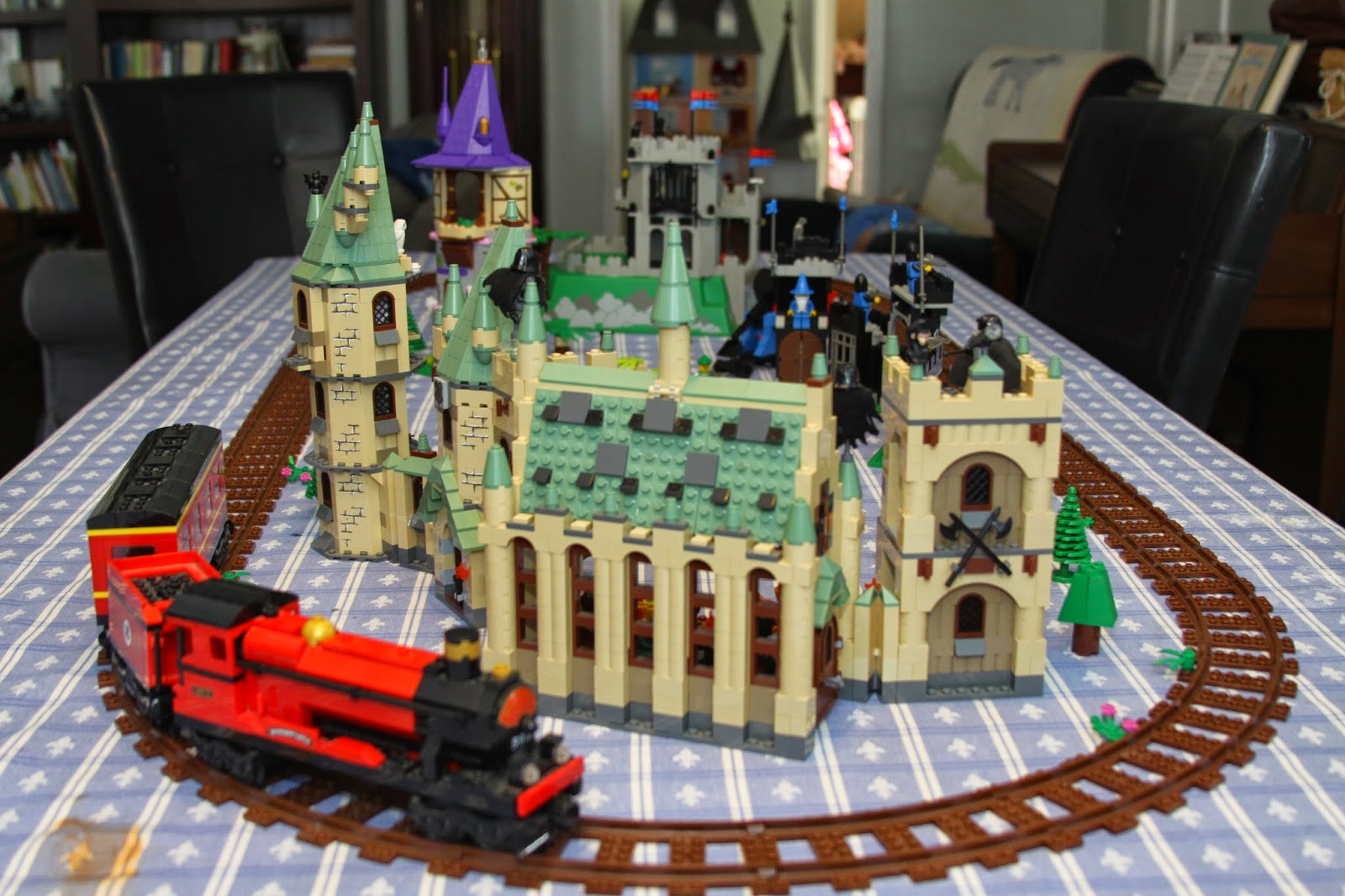 And adding all the castles, trees, and animals to fill up the table. 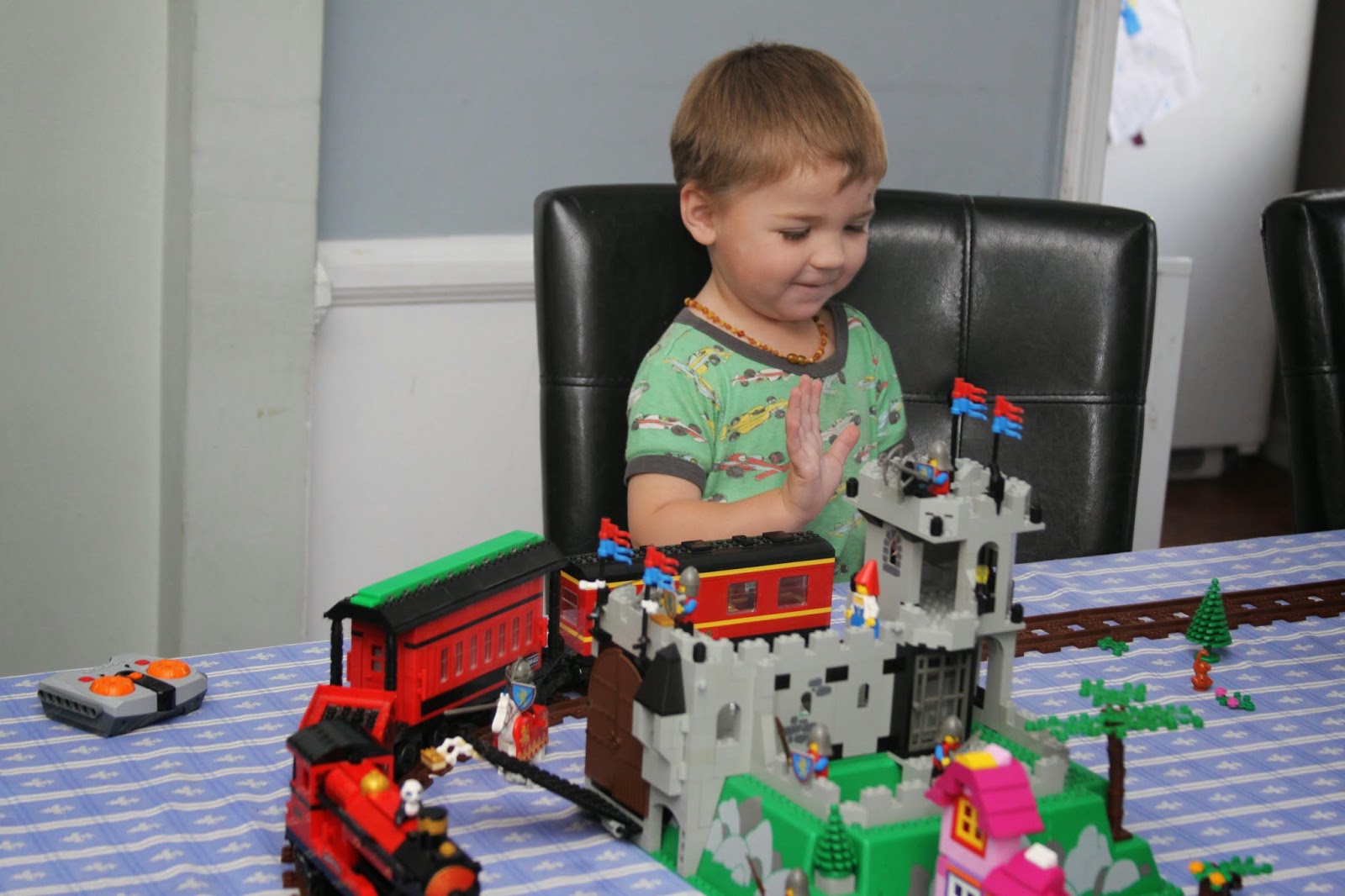 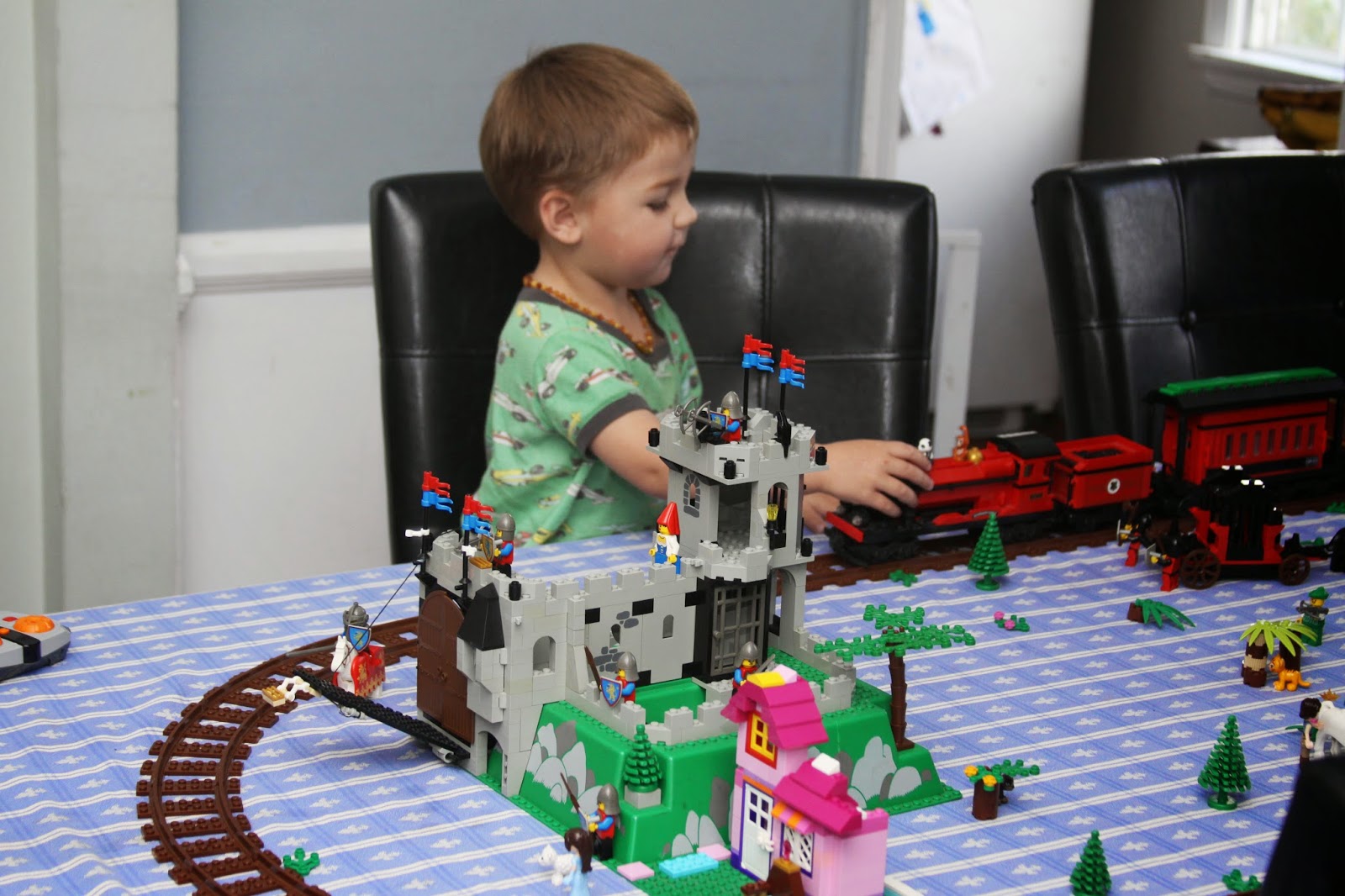 Evan wanted to put animals on the trains and trees on the railroad track. 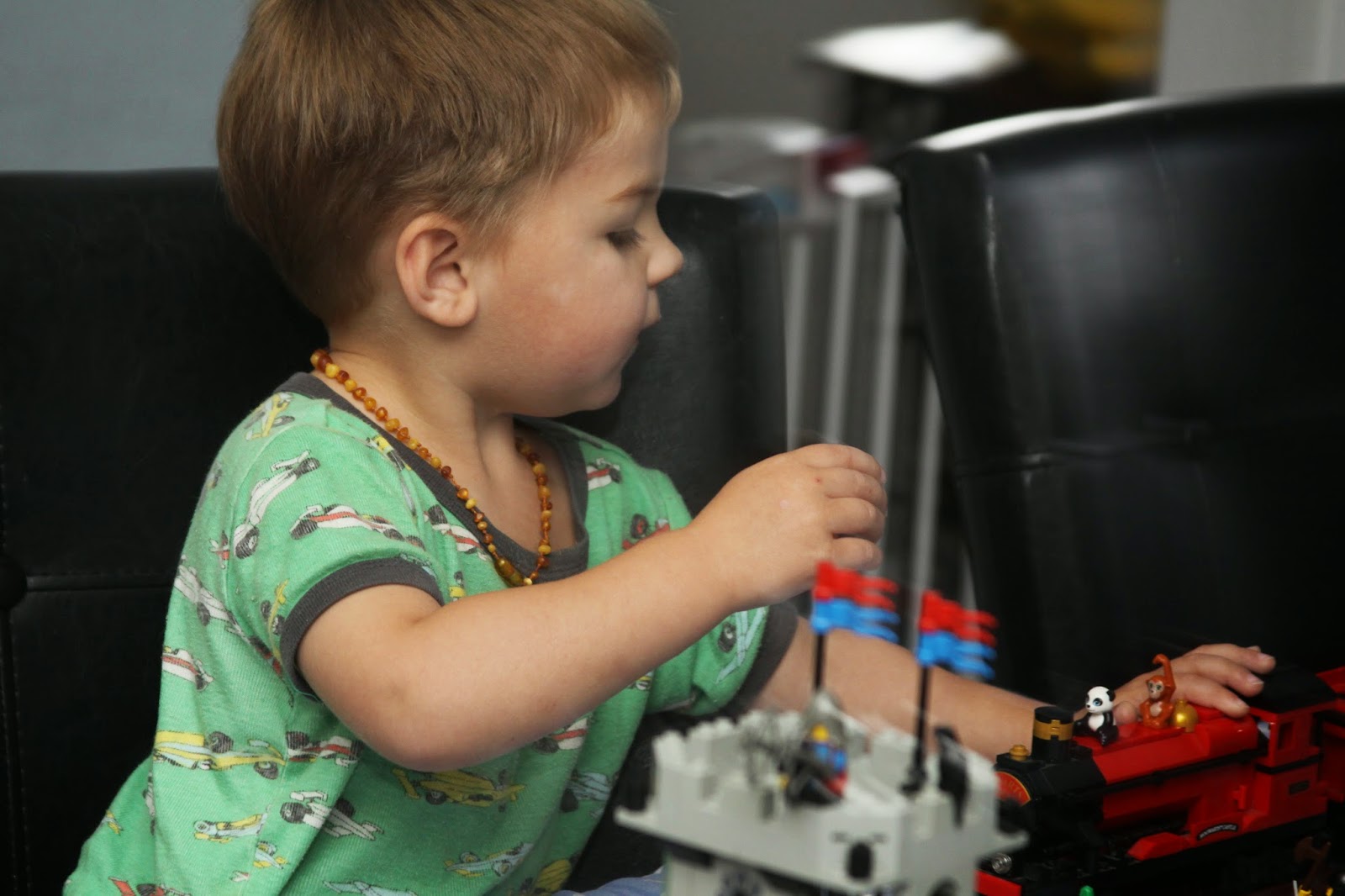 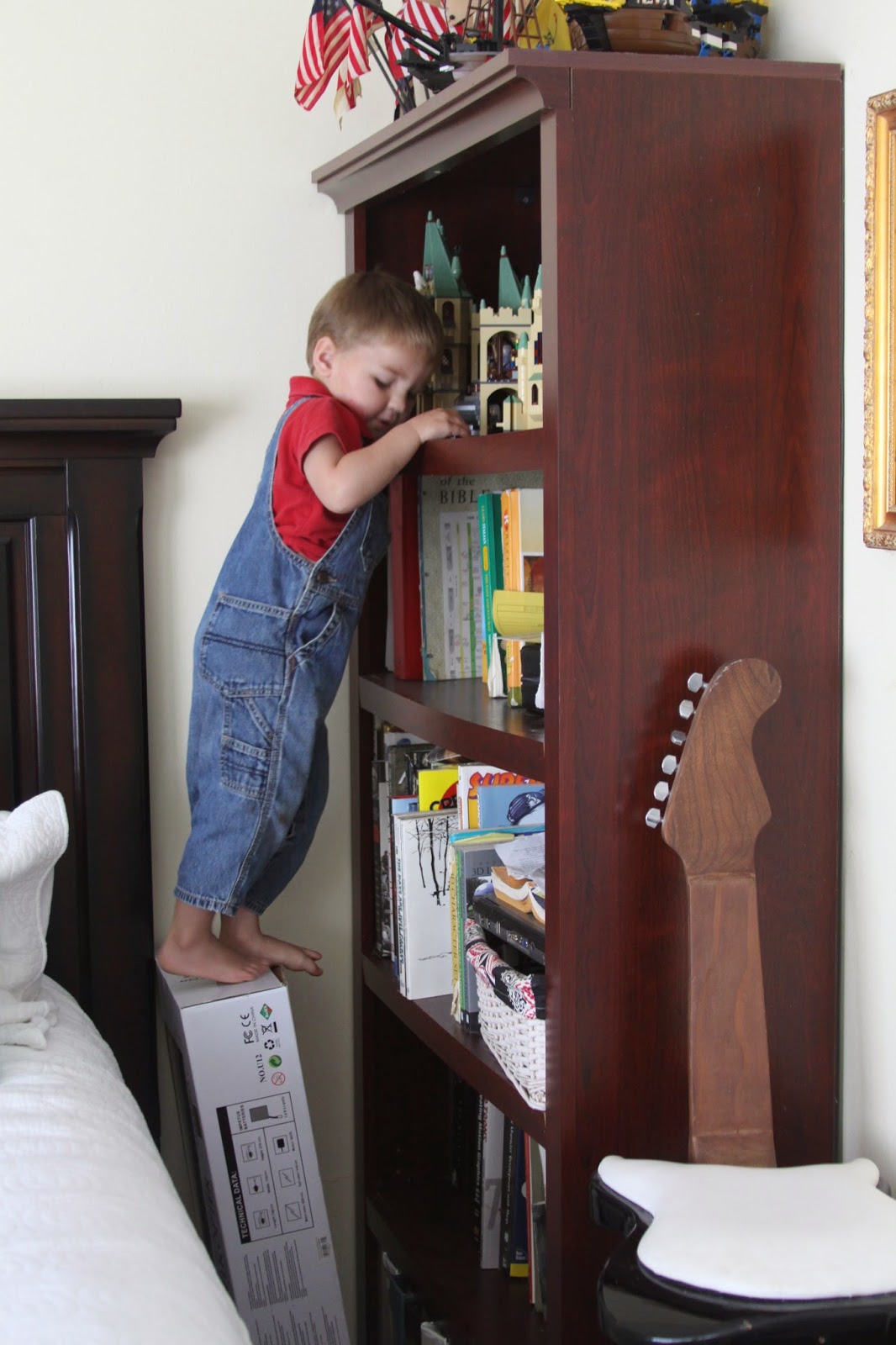 I told Steve to put up the Hogwarts Castle while he was at work, but that didn't keep Evan away from it. 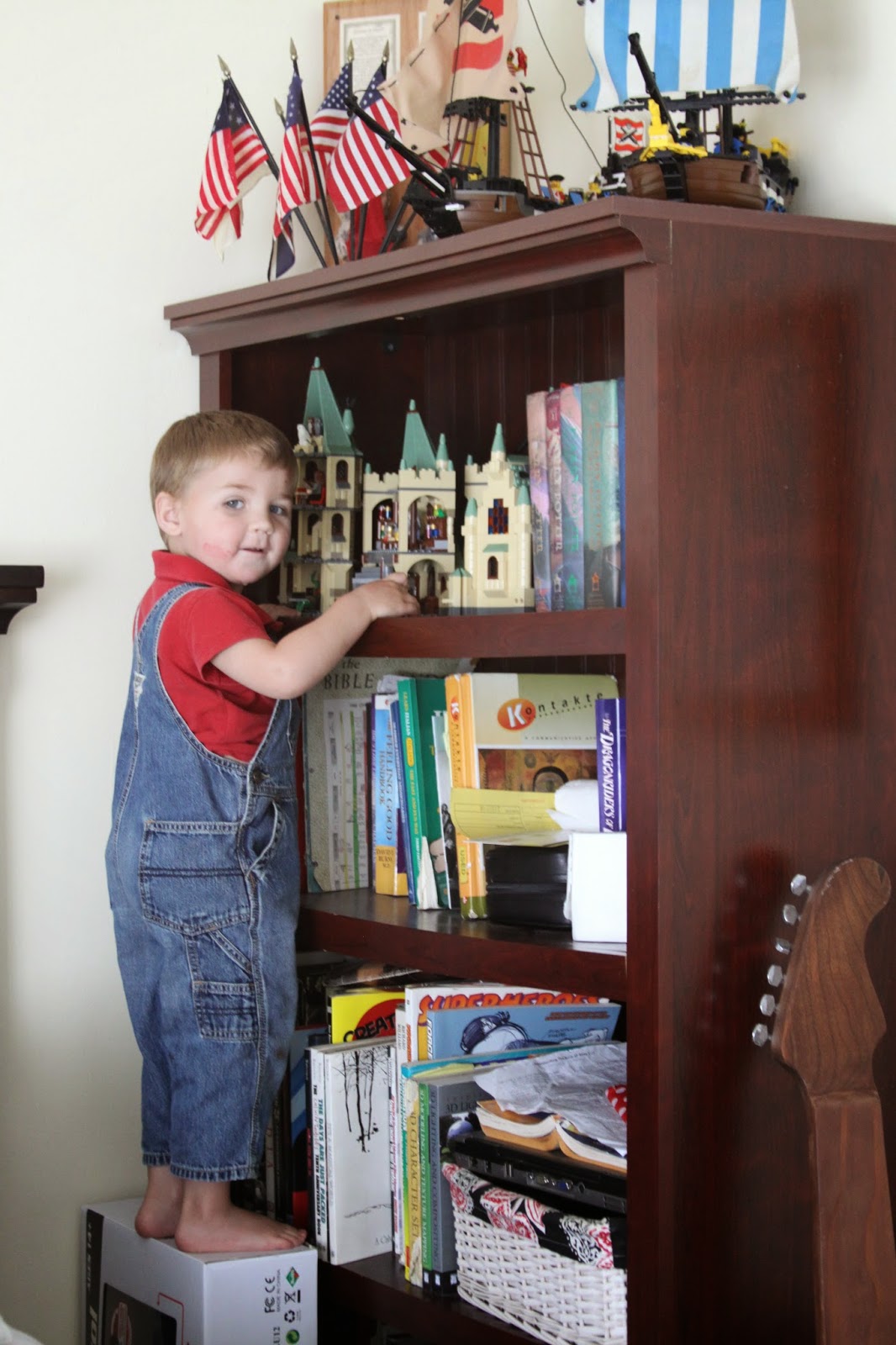