Computer Restrictions for a 1 year old 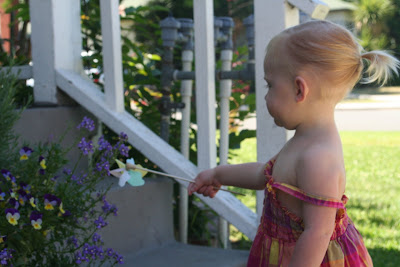 She loves this pinwheel she got in her easter basket. 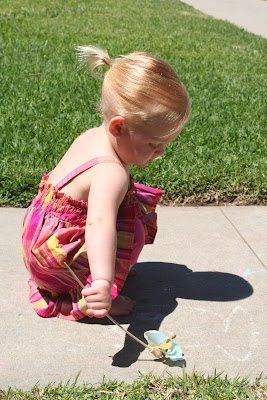 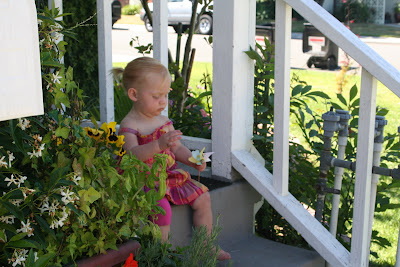 We bought Hailey a Veggie Tales DVD set for her birthday. In the past she hasn't been too interested in watching movies. During the past month, however, she has turned into a little addict where all she wants to do is get on the computer and watch Larry the cucumber and Bob the tomato.
We don't have a TV in our home so she watches her movies on the computer. The first thing she does when she wakes up in the morning is run out to see if the computer on. She has started throwing huge screaming tantrums when she is not allowed on the computer. She would rather get on the computer than play with her toys, go outside, or even read books. Unacceptable! We have created a little monster!
Hailey is now on a permanent computer restriction because I do not want her to turn into a couch potato. She is allowed to watch one 30 minute movie a day and that's it. After that she is banned from the computer. I have already turned into a "mean mom".
She shouldn't feel so bad. Steve is not allowed to be on the computer during dinner time.
Posted by The McClellan Clan at 2:48 PM