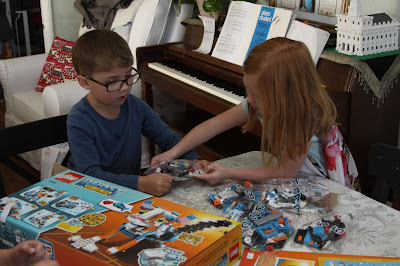 Hailey was feeling jealous that Evan got an after school Lego class for 9 weeks.  He surprised them with Lego's new robotics system: Lego Boost. 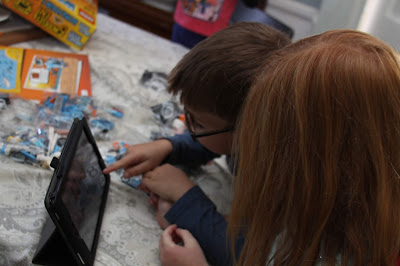 Following the building instructions on the Kindle app. 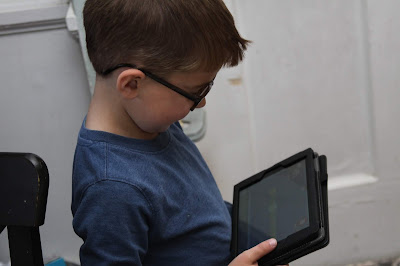 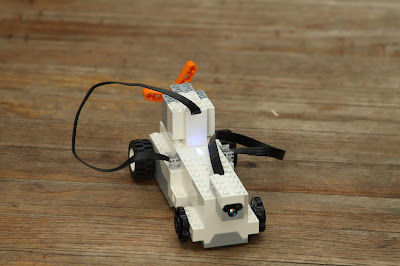 There's the basic system right there with sensors and movable sections. 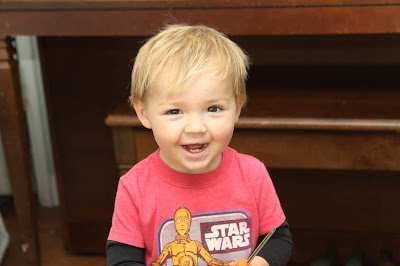 James loves doing whatever the big kids are doing. 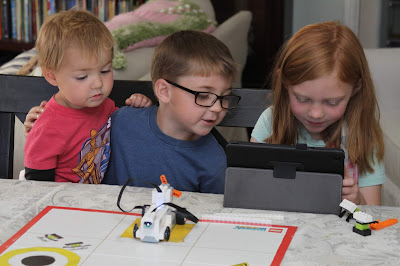 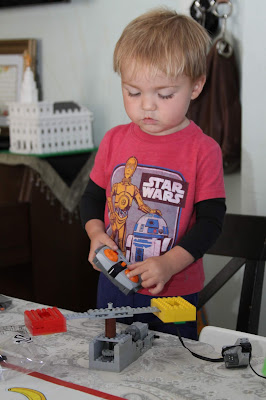 So while the other 2 started their next build, James played with a motor and remote control. 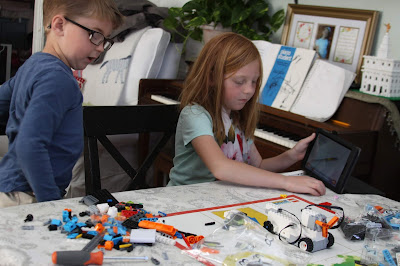 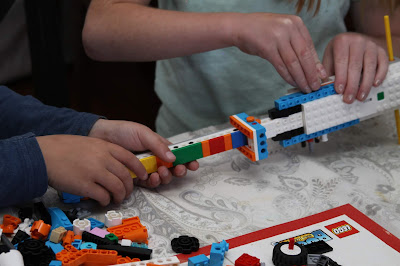 What do you think they're making? 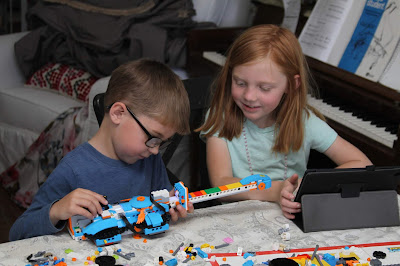 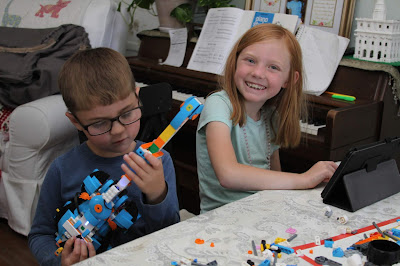 Playing some music on a Lego guitar. 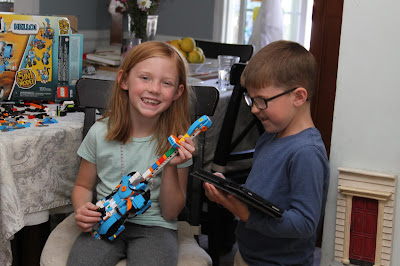 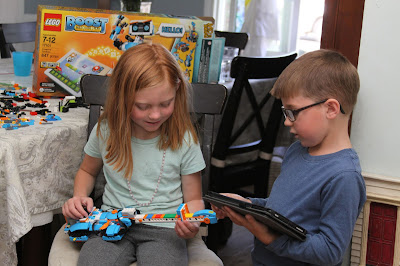 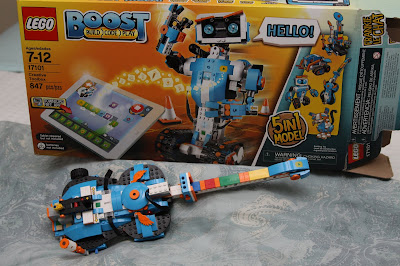